In 2011 actor Paddy Considine made his directorial debut with the powerfully bleak Tyrannosaur, which he also wrote. Now whether it was as emotionally draining to direct as it was to watch is unclear, but Considine hasn’t popped back behind the camera since. This effort however, finally sees his directing comeback.

His second stab at directing includes a new challenge for him, that of directing himself in the lead, starring as he does as professional boxer Matty Burton. 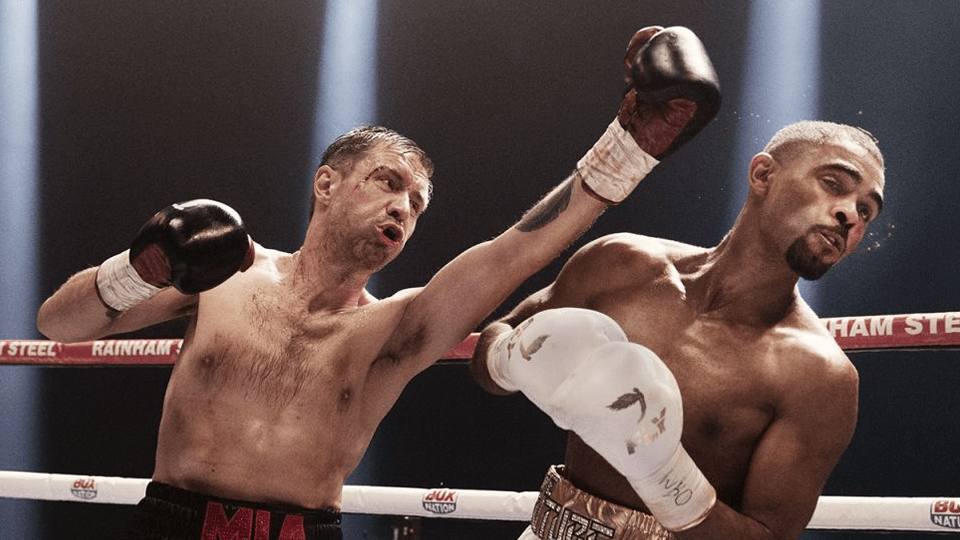 Ha! That's what you get for looking at my right hand!

Having fought over 30 fights professionally, Matty (Considine) is unofficially winding down his boxing career. He wants to go out on a high however, by retaining his middleweight championship belt, fighting young whippersnapper Andre Bright (Anthony Welsh).

Although a tough fight, the result goes Matty’s way, much to the relief of his wife Emma (Jodie Whittaker).

It’s not until returning back to their house however, when Matty collapses, that the full extent of the fight hits home. Blows to the head in the ring have caused severe brain injury, leaving Matty damaged both physically and mentally.

For Emma, not only is she caring for their newborn child, but now her husband, who clearly can’t care for himself.

And for Matty, he faces a new challenge, where he has to not only fight to keep his family together, but learn to survive as the man his final time in the ring has now left him. 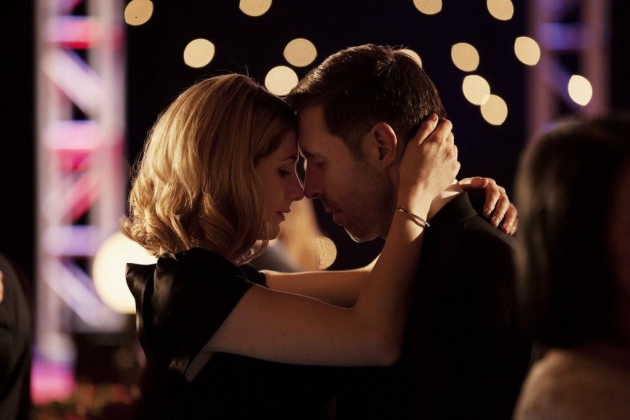 I'm really sorry about this. I so regret putting glue on my forehead now.

Although Considine plays a boxer, this is not your typical boxing flick. It’s a film about coming to terms with a severe head injury and how it not only impacts on your life, but on all those around you too.

As far as directing is concerned, Considine’s abilities echo that of the film’s title; competently done, put together with a steady pair of hands, with few thrills and less spills. It’s far from flashy, but the story is convincingly conveyed. The sparkle comes by way of his performance.

Considine has always had the canny ability to bring the everyman to life. He manages to tap into what makes them tick, then reveal it to the world in such a way that whomever he’s playing, he’s always absorbing. His Matty isn’t a contender, in life or professionally. He’s a winner – just – but not in the same league as your Anthony Joshuas.

Where many would play big, Considine goes small, as he does here. For instance, his fingers deserve a mention – and maybe an award all of their own - as they work harder more than any part of his body does, with constant touches to the face, like a nervous tick. It’s these subtle nuances that help define his character, both before and after his accident.

It’s not all about the greatness of Considine – although in fairness it mostly is. Whittaker does remarkably well with the little she has to work with; the film could have delved more into her emotional state, but will probably be remembered more for causing a massive nerdgasm by being seen in her bra, which is doubtful previous Dr Who’s have been caught wearing on screen.

The biggest surprise however is that despite many of his peers, the likes of your Cumberbatches and whatnot, Considine’s career has yet to go stratospheric. If anyone deserves to make it big in the US of A, with a box office hit, or his own HBO series, it’s Considine.

Until that happens, and surely it must if there’s any justice in the world, we should just continue to enjoy what this particular journeyman does, and does so impressively well.

Considine delivers an impressive knockout combo - as actor, writer and director – resulting in an emotional tour de force that will no doubt leave you reeling.