Judas and the Black Messiah

We’ve almost reached a point in the casting of major Hollywood films and TV shows, that British involvement is almost guaranteed. Not so much a pool of talent, more an ocean.

What’s more of a surprise is that one E4 youth drama series produced an almost frightening amount of talent, with many of its stars going on to star in Hollywood films. The show was the edgy Skins, and Its impressive alumni include Nicholas Hoult, Kaya Scodelario, Jack O’Connell and Dev Patel.

Also part of the cast, playing Posh Kenneth, was Daniel Kaluuya, who is continuing to carve out an impressive career with his latest role, playing Fred Hampton, leader of the Illinois chapter of the Black Panther Party. 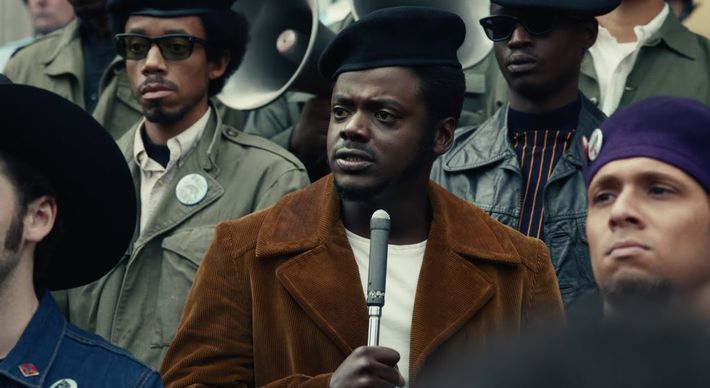 I just wanted to ask when are you going to bring back the Bailey's MCflurry?

Chicago, 1968, and creative thief Bill O’Neal (LaKeith Stanfield) appears to have finally run out of luck, when he gets picked up after attempting to steal a car. The cunning method he used however, has attracted the attention of the FBI, in particular Agent Roy Mitchell (Jesse Plemons).

Mitchell sees potential in Bill, and so gives him two options: go to jail or work for the FBI. Choosing the latter, Mitchell gets Bill to infiltrate a growing movement in Chicago, The Black Panthers, as they’re increasing presence within the community is starting to trouble FBI leader Hoover (Martin Sheen) himself.

Bill does as instructed and not only infiltrates the party but befriends the Illinois chapter chairman Fred Hampton (Kaluuya). With his feet well and truly under the Black Panther table, Bill manages to supply Agent Mitchell with vital information, all without the detection from members of the party. But the more time he spends in Fred’s company, his reason for being there becomes less black and white. 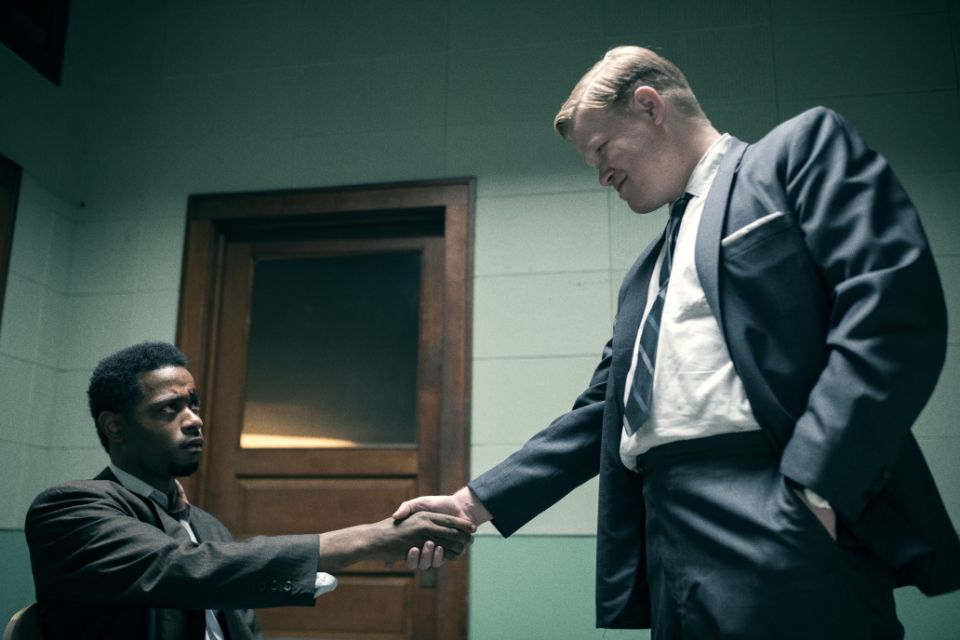 Oh my, your hand is really soft, what product do you use?

Although there’s a lot of pressure to get it right, the biopic/real life story comes with many rewards. There’s a certain kudos for helming one for instance, and if you do a good job, it can lead to a bright future. For Shaka King, whose only other feature was his 2013 dubious debut Newlyweeds, it was possibly a good opportunity to wipe the slate clean and start over. And to his credit, he’s done just that.

There may well be a growing number of the true life infiltration sub-genre, with Spike Lee’s 2018 BlacKkKlansman being the inverse of this story, but the relationship between Bill and Fred is certainly strong enough to join the tally.

Perhaps where King’s inexperience takes its toll is in the lack of the development of the relationship between the two. The two characters are almost treated separately, with very little interaction between them. This is not only disappointing in not only seeing a bond grow, but also means that its two bright stars spend less screen time together.

King also struggles with highlighting the inner conflict that Stanfield’s Bill must have gone through. Here is a character that has the ear and friendship of an important figure within the black community, but also knows that he has to report back to the FBI. Bill has no foil he can vent at, so his emotional and mental state is almost a guessing game, bar a few pained expressions here and there. It would have helped if he had a third party with whom he could have expressed his angst, just to push home how torn his feelings were becoming. Without that conflict being fully examined, it feels very much like a lost opportunity.

Kaluuya does well playing the young Hampton, but his performance is a little on the two dimensional side and therefore a little underwhelming. It feels as if King has failed to get the best from this truly talented Brit, seemingly holding back from giving it his all, which is a real shame.

The film also struggles with pacing, possibly being slightly too long for its own good, with a number of moments throughout where it appears to be just drifting aimlessly.

Still, King does manage to create a sense of the period, and it’s certainly a fascinating historical event worth telling. It’s a project however, that, considering the talent involved and richness of its story, doesn’t quite realise its full potential.