When you have directed nearly over twenty features, you can expect the odd stinker, regardless of how good you are. Pedro Almodóvar's few efforts have certainly been below par, especially for a man of his talents. 2013's I'm So Excited was not only a new low for the once darling of European cinema, but just a really bad film overall. And although Julieta isn't quite as bad, it continues the Spaniard's unfortunate downward spiral.

Julieta (Emma Suáez) is on the eve of making a move from Madrid to Portugal with her boyfriend. She's looking forward to this new change in her life and is good to go until she bumps into an old childhood friend of her daughter's.

The friend is pleased to see her and tells her that she recently bumped into her daughter Antia and had a quick chat with her. This news takes Julieta aback; she hasn't been in contact with her daughter for over twelve years, not through want of trying on her part though.

This brief meeting sends Julieta into a tailspin, where she informs her boyfriend that she no longer wants to go to Portugal after all, and she wants to stay in Madrid alone. With her boxes already packed, she decides to move from her current apartment and move back into her old one, where she stayed with her daughter. 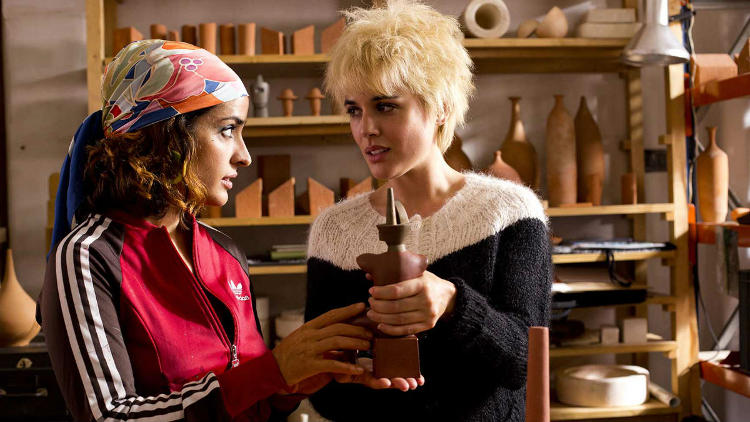 One just like this was featured on Antiques Roadshow and was worth a fortune.

It is there that she decides to write to Antia, where she explains how she met her father, and how their lives were together in her youth.

A young Julieta (Adriana Ugarte) had an eventful train journey; not only did a passenger in her carriage come to an unfortunate end, she also ended up meeting Xoan (Daniel Grao). Xoan was a handsome young man who she immediately had a connection with. And by connection we mean sexy time.

Things were a little complicated for Xoan though, he was married but his wife had been in a coma for some time. When Julieta returns to Madrid, she one day finds a letter from Xoan who tells her he can't stop thinking about her. She sees this as a good sign and decides to visit him. Her timing is a little off though, as Xoan's wife has just dies. Not that he seems to care much, as he jumps on her bones as soon as he sees her. 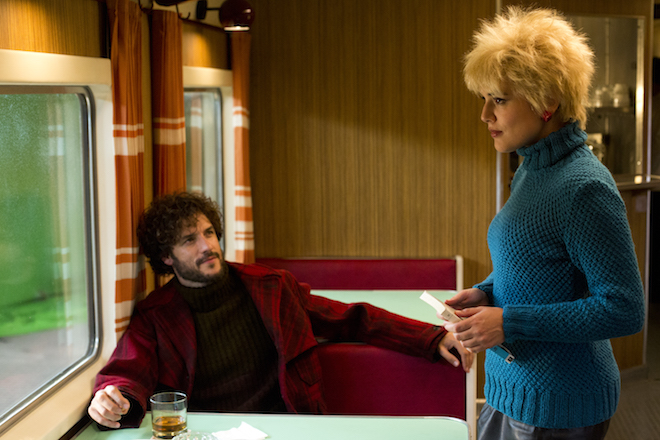 No, i really do have a ticket to ride.

Not long after Antia is born, and everything seems so very idyllic for all of them. But when tragedy strikes, it acts as a catalyst for the relationship between mother and daughter that puts an immense strain mentally on Julieta for years to come.

If you took cue from the musical score of this film, which is very Hitchcockian in tone, you would expect a dark thriller. And maybe it was supposed to be, but the script, co-written by Almodóvar, is a scrambled mess. Despite using many of his usual themes, which of course includes strong roles for his female protagonists, this effort is just flat and lifeless in every sense.

The main issue is that it is really difficult to care, about anyone or anything in this film. Julieta herself is bland and dull, as is her life story. Without any kind of connection to her or her life, even if she was thrown out of a plane without a parachute, and made a decent splash on the ground, without an emotional connection, it wouldn't make an impact, unlike her. But unfortunately that doesn't happen, which means you have to suffer, and we really do mean suffer, watching the entire thing.

Without the usual flair that the Spanish director brought to his earlier work, Julieta has a whiff of a really bad soap opera about it; not one of those that are so bad that you can't help yourself from watching, just bad full stop.

Maybe the film loses something in translation, but it's doubtful. It's just a terrible film by a good director. If you're a long time fan, this one may be worth avoiding, so as not to taint your opinion of the man and his fine back catalogue of work, because this one certainly would.

Although not his worst, I'm So Excited certainly wins that title, sadly it's not too far behind.