Before the internet, music fandom was pretty much contained; you could put the posters up on your wall, go to the gigs, buy the t-shirts, and possibly even wait at the stage door for a glimpse of your favourite band.

Thanks to the WWW (Wonderful World of Webbing), you can now stalk your favourite artists from the comfort of your own home, and join forums where you can spout your love for them 24/7.

This film, based on Nick Hornby’s novel, goes some way to explore this odd phenomenon, adding a remix version all of its own. 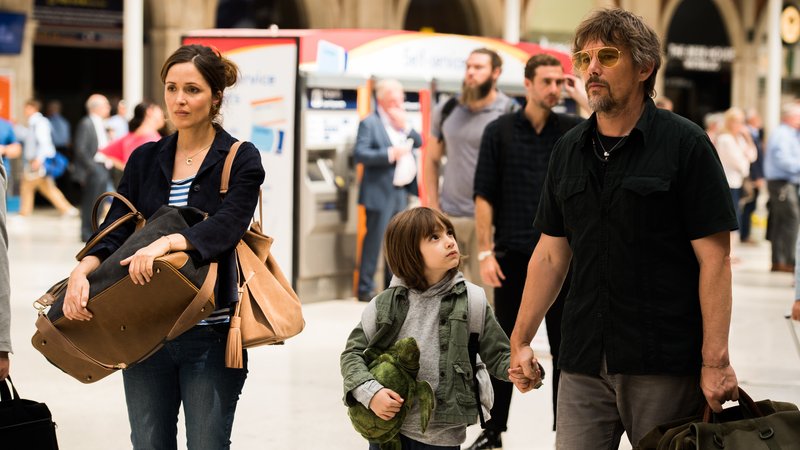 Daddy, I'm still not convinved carrying my baby sis in a holdall is a good idea.

Living in the sleepy, English seaside town of Sandcliff are couple are Annie (Rose Byrne) and Duncan (Chris O’Dowd). Annie works at the local museum which she doesn’t enjoy much, and Duncan is a teacher.

Although Duncan loves his boxsets, he has a greater love, and it isn’t Annie. He is obsessed with the American singer Tucker Crowe (Ethan Hawke), to the point where he has created a website, including a forum, for all things Crowe related. The thing is, Crowe produced what many of his fans believe to be a seminal album Juliet in 1993, but didn’t produce anything after that. There have been many rumours as to his location and well being, many of them circulated by Duncan himself on the site, but none of them have been proven.

Out of the blue, Duncan gets sent a CD from a connection he has with a US record label, which Annie opens by mistake. She plays it, and it transpires to be a stripped back version of Crowe’s album, called Juliet, Naked, that no-one has ever heard of.

After a row with Duncan, where he is clearly miffed that she listened to it before him, Annie decides to make her feelings - of a negative nature - known, on Duncan’s forum. She feels vindicated to a degree, when she gets an email supporting her thoughts on the album. This becomes more of a shock when she realises exactly who the email is from, a certain Tucker Crowe... 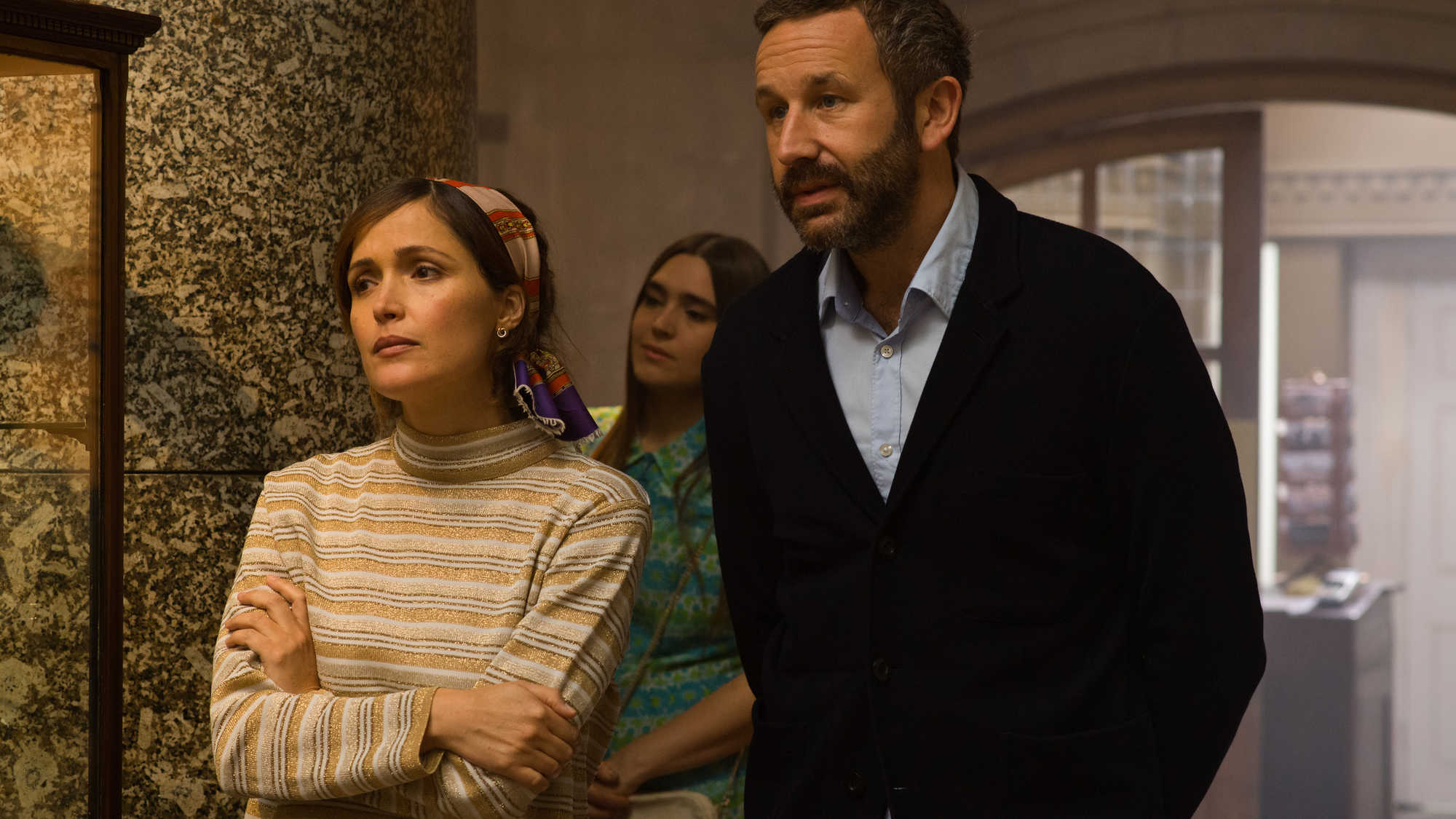 This is the bit I used to say "have you turned it off and on again?".

From the outset, this film feels like a Nick Hornby film, with its elements of a shared love for music and the passion that comes with it. The problem is however, although it has the elements, the quality is missing. This then, is a fake Nick Hornby film; at a brief glance it looks like the real thing, but with further scrutiny, you realise it’s just a knock-off. A nice looking one, but a knock-off at that.

It’s clear what director Jesse Peretz intentions were: to make a Nick Hornby film as if directed by Richard Curtis. The rub here is, of course, is that Peretz, who, although has directed many good TV shows (including Nurse Jackie, Divorce and Girls), has little experience in directing for the big screen. And it sorely shows.

The script is a scatty mess, with far too much going on. It’s about internet dating, family, relationships and fandom. With so much visual noise, it focuses on nothing. Because of that, it’s never clear exactly what it’s trying to say. It devotes almost half the film to detailing how bad a father Crowe is, but the one scene did that job perfectly well, but instead of moving on, it dwells on it far too long.

With three writers getting screenplay credits, it’s obvious what the problem was - too many cooks with MacBooks.

Featured artist O’Dowd is at least a joy to watch, but his obvious comedic talents seem wasted on this project. If ever there were a time for him to take centre stage into leading man territory, it was now. Hawke also plays the part of a washed up performer well, but the material doesn’t do him any favours.

And then there’s Byrne, who does struggle to shine, but then that might be just down to her disconcerting English accent, which she appears to be UFC wrestling with throughout.

If only the film took inspiration from the Juliet, Naked album itself, because if it had been brave enough to strip back many of its bloaty layers, they would have discovered a far more cohesive and entertaining story to play out.