When the news was first released that Disney was going to release a film based on one of its theme park rides, it was met with universal derision. But when 2003’s Pirates of the Caribbean: the Curse of the Black Pearl ended up with box offices takings surpassing $650 million dollars, Disney most certainly had the last laugh. And considering the franchise of five films has taken in over $4.5 billion, that’s some impressive ride.

Clearly hoping to replicate that kind of success, Disney have once again turned to their theme parks for inspiration, specifically the Jungle Cruise ride that made its debut in Disneyland in 1955.

It’s not going to do any harm having the planet’s most bankable star Dwayne Johnson at the helm either, steering this action adventure onto our screens. 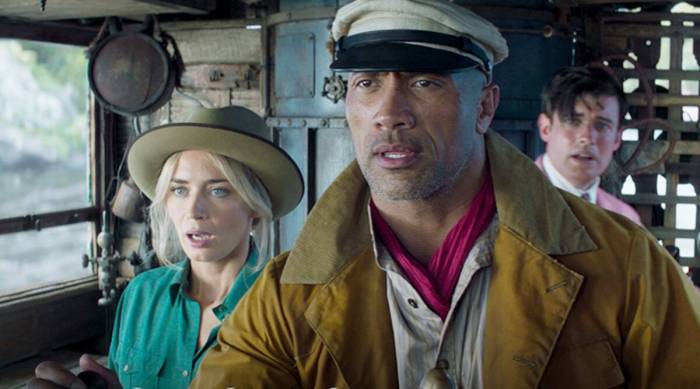 I did not know that rivers can just end.

1916, London, and Dr. Lily Houghton (Emily Blunt) is researching a topic that could have massive repercussion throughout the medical world; it involves a mythical tree known as the Tears of the Moon, that has petals that can cure any illness known to man.

Despite the medical profession far from supporting her, she believes she has enough evidence to warrant her, and her brother MacGregor (Jack Whitehall), travelling all the way to South America in an attempt to discover it.

It’s there that she meets Frank (Johnson), who believes he has the know-how as well as the boat, to get the pair where they need to get to. It won’t be easy of course; the jungle is a dangerous place, with many of its habitants keen on eating them, as their search for the mystical Tears of the Moon begins. 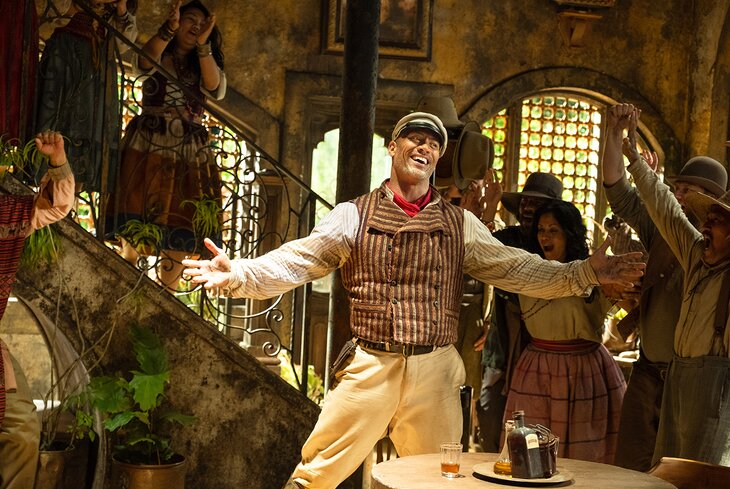 Thank you, for my next song i'd like to do a cover of Radiohead's Creep.

With the kind of phenomenal success that Pirates of the Caribbean did for Disney, it’s no wonder they were keen to try it again. This project isn’t recent either, as it was announced back in 2004, then in 2011 it had Tom Hanks and Tim Allen attached to it. Dwayne Johnson’s involvement in the project was then announced in 2015, so it’s been a hard slog getting there. But the question is, was it worth the wait?

The simple answer is no. Despite being on the cards for some time, the script feels like it was cobbled together over a weekend. One of its main problems is a lack of identity; it spends much of its time ripping off the classic The African Queen, the Indian Jones franchise, as well as The Pirates of the Caribbean, that it struggles with having an original bone in its body.

The story it hangs everything on doesn’t help either; you have the evil German presence – a la Raiders - played admirably by Jesse Plemons, that is keen to get to the tree before Lily and co, and then you have peculiar ghouls, like the ghosts of Pirates, that are also involved, making the overall story way too busy and convoluted than it needs to be.

Certainly Blunt and Johnson do their best, but what on-screen chemistry they might have is diluted by some bland dialogue; Johnson’s character insists on calling Lily “Pants”, due to her wearing trousers, which is a cute reference to Katherine Hepburn for the first time it’s said, but it soon becomes tired and borderline offensive the more the film goes on.

And then there is the film’s visual style, which is as sterile as can be. All of the animals involved are CGI, and not very good at that, with the rest of the film not faring any better, with it feeling like it was shot on green screen in some studio outside of London, with seemingly the closest they ever got to South America was ordering props on Amazon.

It will no doubt serve as perfect promotional material for the theme park ride itself, but as a standalone action film its best to follow the general advice regarding cruises during these difficult times and avoid completely.