It appears that when it comes to the decision of who becomes a national treasure, it’s a completely arbitrary process as to who is and who isn’t. Dame Maggie Smith, tick. Sir David Attenborough, tick. Keith lemon, not on your nelly.

Another name that apparently doesn’t make the list is Charlotte Rampling, despite the British actress starring in well over a hundred films in her illustrious career, including an Oscar nomination.

Now in her mid seventies, she stars in this gin inspired Kiwi drama. 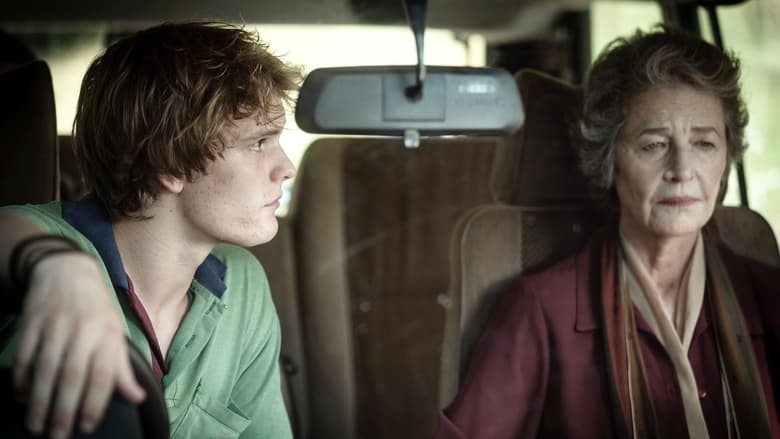 It's like the saying goes, if you smelt it, you delt it!

Getting picked up from boarding school is teen Sam (George Ferrier). On the way his father Robert (Marton Csokas) informs him that they have visitors from England staying with them, his grandmother Ruth (Rampling) and her nurse Sarah (Edith Poor). Considering that his father and his mother don’t get on, this prospect doesn’t exactly fill him with joy.

It turns out his instincts were entirely correct, with his Gran being a crotchety, gin-swilling old bat, who suffers no one at all. Even with a broken leg it’s difficult to have any sympathy for her.

After a while however, she does reveal small cracks of humanity, and as she does, it transpires that all generations of her family have a secret they’re yet to share, herself included. 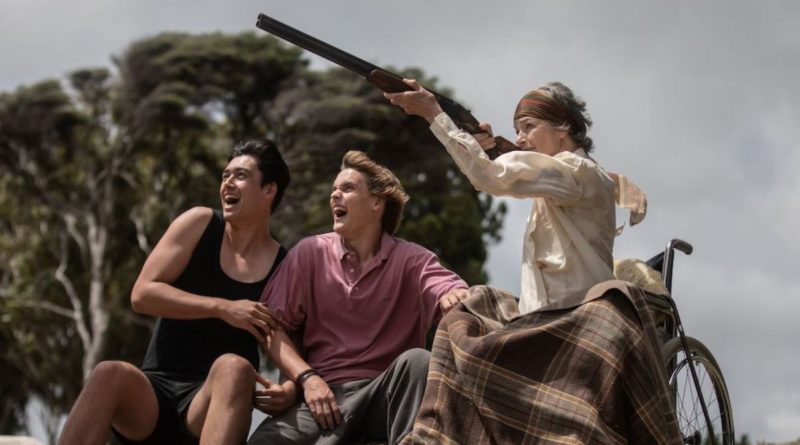 See that plane with Trump on it? I'm bringing it down...

Although Kiwi writer/director Matthew J. Saville’s debut is far from original, witnessing a clash between an older generation family member with a younger one, it’s a welcome addition to the genre.

It’s surprisingly layered emotionally, with each member having to come to terms with changes in their lives. For instance, young Sam is coming to terms with the loss of his mother, which he’s obviously struggling with. Then you have Ruth, who was fiercely independent in her youth, working as a war photographer in her day, and now having to rely heavily on others for her day to day care. It doesn’t help anyone that part of that care involves copious amounts of gin, from first thing in the morn, onwards..

All the performances are endearing, but the stand out has to be Rampling, who clearly relishes her spiky facade. She’s never spiteful just for the hell of it however, with often there being sound reasoning for her behaviour. And the only frailty she portrays is that of her physical predicament, and certainly no signs of any mental fatigue, as she’s still very much sharp and cutting.

And the film is at its best when she shares the screen with her grandson, as they slowly come to terms with each other, and a fondness and love develops.

Considering it’s Saville’s first film, he does wonders with all his cast, and gets them to hit all their emotional marks perfectly. Ultimately it’s a film about loss, and how difficult some find to grieve, and its these heartfelt themes that are likely to resonate with audiences the most.

And as far as Rampling and her non national treasure status is concerned, it may well be linked to her ambition and intellect by often appearing in foreign films, by perhaps embracing Europe all too tightly – to the point where she even married French musician Jean-Michel Jarre. If that’s the case, then it only reinforces the need for her to be bestowed with whatever a European version of national treasure might be, as there’s certainly no one who deserves it more.