1993, and for audiences it marked a point in film history where the impossible became more possible, with the release of Jurassic Park.

Never before had they seen such realistic portrayals of dinosaurs, alive on the big screen.

Now, nearly thirty years later, this chapter of the Jurassic Park is seemingly the last, as it comes full circle, returning to its Jurassic roots. 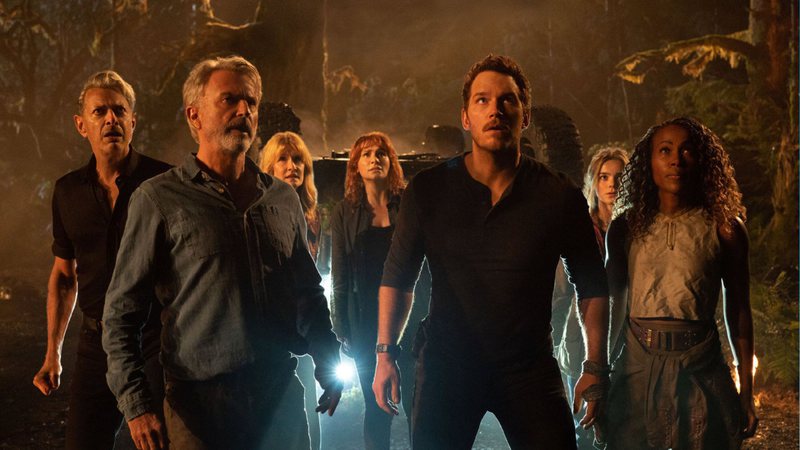 No I said 'Watch the birdie', not the pterodactyl.

It’s four years on since the previous events, and dinosaurs are now roaming our planet, but it’s not exactly in harmony. As is man’s bent, he’s found monetary value in the new arrivals, either by crushing their bones into a powder, or selling them for nefarious means.

Trying to make a difference to the planet is Biosyn Genetics, run by genius Lewis Dodgson (Campbell Scott), in their remote research facility in the Dolomite Mountains in Italy. It’s there where they're trying to discover groundbreaking medical cures, such as for cancers, using genomic research from the dinosaurs they have roaming their facility.

Meanwhile, Owen (Chris Pratt) and Claire (Bryce Dallas Howard) are doing their best to protect Maisie Lockwood (Isabella Sermon), the biogenetically produced daughter of Charlotte Lockwood (Elva Trill). But it’s proving to be difficult as she’s reached the age where she’s tired from hiding from the world. If only she knew that there were men on their way to take her. 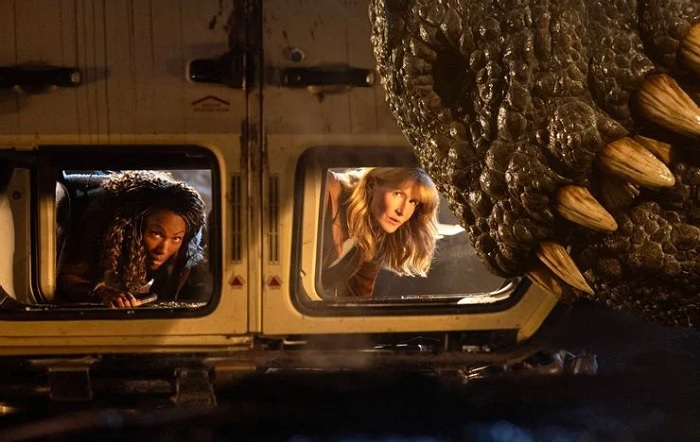 I can't believe it's still raining cats and dinosaurs out there.

This is the sixth entry in the double trilogy of films, so it’s only fitting that it brings both sets of characters from each trilogy together. Not only does it see Dern and Neill cross paths with Pratt and Howard, but Jeff Goldblum makes a welcome return too.

And the story that unites them all is pretty strong too. They all start off on separate paths before finally merging.

Director Colin Trevorrow obviously knows what he’s doing, having helmed the first entry in the rebooted franchise Jurassic World. He makes this entry a pacy affair, with a lot going on from the off. He also includes a number of impressive set pieces, one of which looks like his calling card to Babs Broccoli as its very Bond inspired.

The reality of it is, that despite there now being six films in the franchise, the only one audiences really remember is the Spielberg original. And although this is a stronger entry than many before it, that’s still going to remain the case.

Perhaps it's dino fatigue, but the creatures don’t impress as much as they did; they’re all very dark, and don’t seem to have evolved much, as it were, from their spectacular debut in Jurassic Park. Surely if they’re now being genetically created, there was an opportunity to be more creative, using more colour etc. There may have been an argument for keeping them faithful to the OG dinosaurs, but really, considering these films were based on a dino theme park, they could have had some fun with them.

And yes, it’s good to see the cast of both trilogies unite, but the sight of Pratt’s character being a dino whisperer by holding up his hand as if stopping traffic, calming all the creatures in his path, is more ridiculous than the film’s overall concept itself.

And it seems that the press team were a little over zealous when announcing this was the end of all things Jurassic, when Trevorrow himself recently announced that they were already working on new original stories, that didn’t involve the previous two trilogies.

As a swansong however, or whatever prehistoric version of a swan is, this is an enjoyable one. It’s got a welcome mix of action flick with monster movie, and you can’t want for more than that. So Jurassic dinos, do take a bow, your job here is done.