It’s 1993 and you’ve just come out from seeing Jurassic park for the very first time. Under the masterful direction of Steven Spielberg, dinosaurs returned to roam our planet once again – albeit within the confines of Isla Nublar – filling our heads with awe and wonder.

Fast forward to today, and the fifth entry in the franchise now arrives on all digital formats to take home. But after viewing it, it begs the question, why the hell would you? 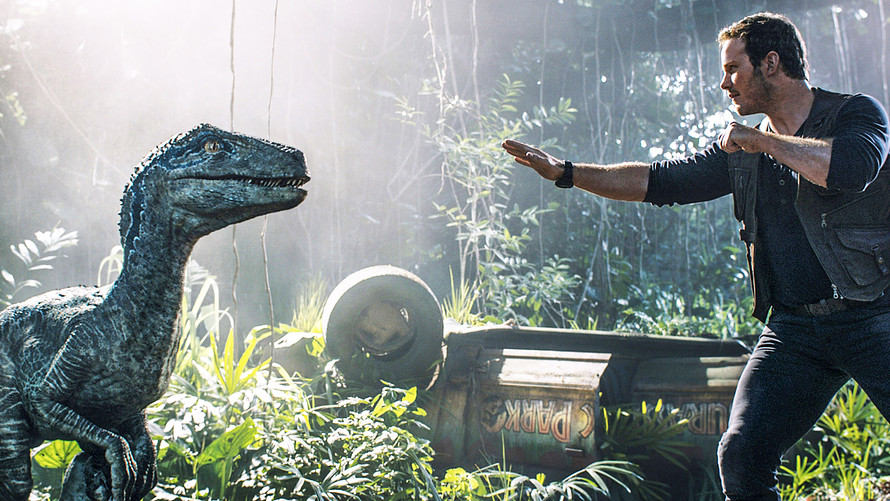 Hold on fella, that's as close as you can get for a selfie.

Ahh the island of Isla Nublar. No, not the one Madonna sang about, the one with all the dinosaurs on it. Well, it’s not quite the perfect island for the creatures as first thought. There’s a volcano ready to erupt, which would wipe out all the dinosaurs, for a second time.

There is a glimmer of hope, for some of them at least. Eli Mills (Rafe Spall), the man in charge of John Hammond’s estate, has put together a plan where a team is sent in to save at least 11 species of dinosaur, and relocate them to a safer haven. Hopefully one without a volcano this time.

Mills wants Owen (Chris Pratt) and Claire (Bryce Dallas Howard) to return to the island, to oversee the operation runs smoothly, and to help get as many of the dinos off of the island, but particularly the velociraptor Owen trained, that goes by the name Blue.

Although they both agree, the pair are completely unaware of the hidden agenda that Mills has for the dinosaurs, which may well have dire consequences for all of mankind. 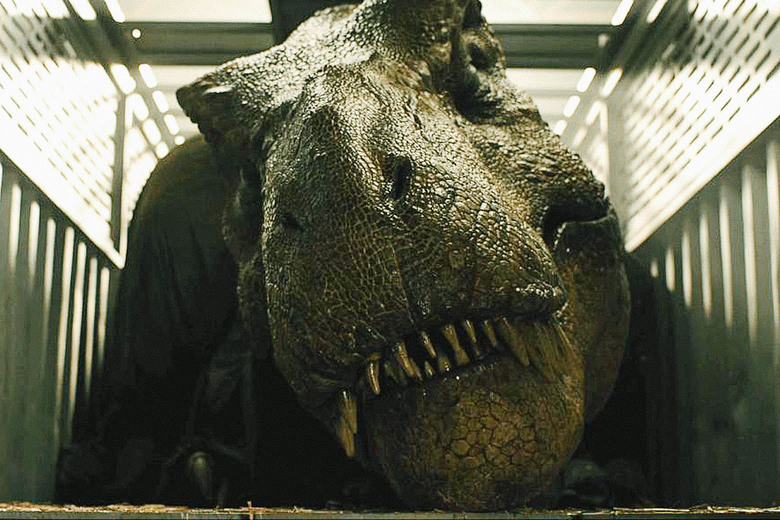 Does it look like i'm having fun to you?!

Considering what a joy the original one was to watch, it’s impressive how far down hill this franchise has fallen.

Director J.A. Bayona has managed to make this latest entry in the franchise a bloated, tedious spectacle and is possibly an exercise in how a film about dinosaurs can go so terribly wrong.

At the heart of its problems is a bland story. The script is lifeless and dull, with far too many scenes on the back of trucks or in grey bunkers. It’s also disappointing to see that despite the original now being 25 years old, the film looks exactly the same; the dinosaurs don’t seem to have evolved visually in the slightest, despite leaps and bounds in CGI technology.

Even the performances are disappointing, with both Pratt and Howard just going through the motions, running to point b, looking frazzled, then running to point c. Certainly some humour of any kind wouldn’t have gone amiss.

In fact the film has more in common with the Night at the Museum franchise than Jurassic Park, and you half expect to see Ben Stiller just around the corner.

The film is clearly acting as a stop gap for the story they really want to tell, which is dinosaurs running amok in our cities, which will no doubt be the focus of the third entry in this recent trilogy.

This entry however, has certainly put back the franchise years, and it’s starting to feel that the Jurassic Park’s best days are well and truly behind it, and that its doors should be closed, sealed shut, for ages to come.