Old rivalries are hard to shrug off. Just ask Superman and Lex Luther. But the biggest rivalry isn’t currently happening on our screens, but off of them. It’s taking place between long term adversaries, which sees Marvel (/Disney) locking horns with DC (/Warner Bros.).

DC are currently behind in terms of output, with Marvel leading 18 features released, to DC’s five.

Justice League then, is DC playing catch up to a certain extent, with their Avengers-esque superhero super group, joining together to save the world. 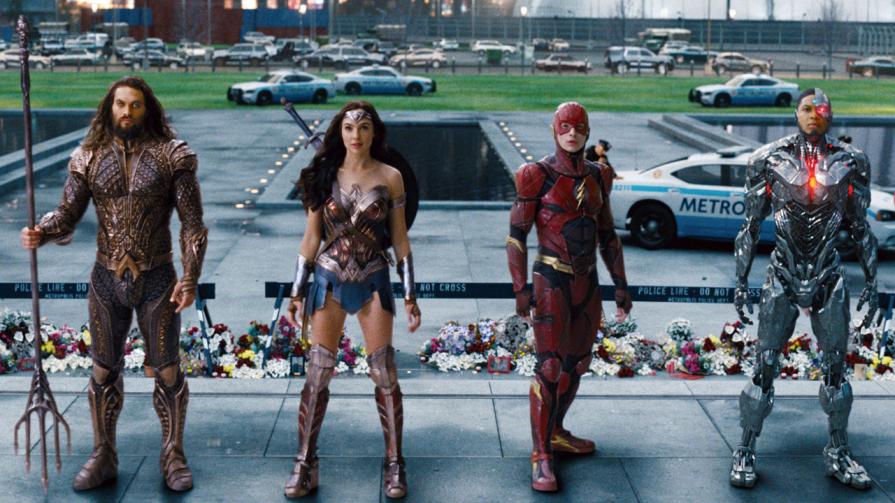 Anyone else get the feeling a wookie and a couple of droids should be up here?

After the death of Superman, the world is in a bad place. And according to Bruce Wayne (Ben Affleck) AKA Batman, it’s about to get a whole lot worse.

Enter Steppenwolf: no, not the 1970’s rock band, but a nasty super villain (voiced by Ciarán Hinds) from out of space. He lands on Earth in search of the three Mother boxes. When all three are gathered, they create the Unity, which has the power to create an apocalypse. So not a good idea if he manages that then.

Batman is fully aware that he can’t handle this villain on his own, so decides to go on a recruitment drive and gather a gang of metahumans. The wondrous Diana Prince (Gal Gadot) is already in, but also on their wish list is The Flash (Ezra Miller), Aquaman (Jason Momoa) and Cyborg (Ray Fisher), who would make up the inaugural members of the Justice League. It’s just a shame that Superman (Henry Cavill) was dead, as he would certainly be an asset to the gang... 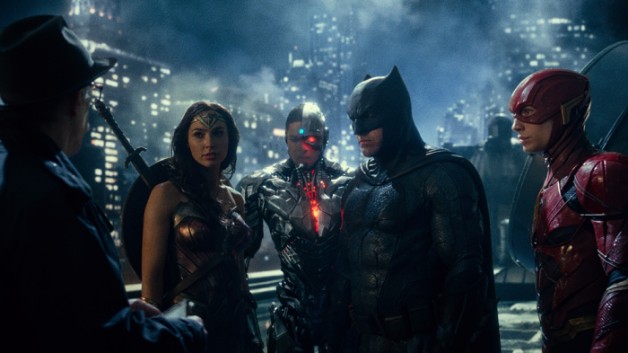 That's right, I have pirate copies of Infinity War on DVD!!! Any takers?

With so many darn superhero flicks whizzing onto our screens, it’s getting more and more difficult to tell them apart. In simple terms, this is DC does the Avengers, which is ironic considering that the Justice League originated first, published as it was in the early sixties, and Marvel subsequently created the Avengers in response to the League’s success.

Director Zack Snyder’s take is clearly darker in tone than Marvel’s super group, but is actually a little lighter than previous recent DC flicks. There’s more light-hearted banter, particularly from Miller’s take on The Flash, and there’s a sweet bromance – finally – between Bruce and Clark Kent.

The story is bog-standard comic book fare, fighting off aliens bent on destroying the Earth, but the focus really is in telling the origin tale of the League itself. Initially, it feels that the Avengers trumps the League in terms of quality superheroes, but the actors manage to imbue enough personality that, by the end, they feel like a winning team.

There’s also a sense that Snyder worked on the right story, as it feels a more well-rounded and enjoyable group outing compared to the previous solo efforts, including the decidedly average film Wonder Woman.

It’s this obvious team effort that gives Justice League an edge, helping in a large way to even up the scores a little with the on-going DC Vs Marvel battle of supremacy.