It was obvious from his compelling performance in 2013’s Fruitvale Station that Michael B. Jordan was going to be a star, but no one could have predicted his meteoric rise, no matter how well deserved.

Having now conquered Hollywood completely, thanks in part to his shadowing of Sly Stallone in the Creed franchise, as well as his role in Marvel’s Black Panther, Jordan can already afford himself the ability to cherry pick parts and projects. This means that with the blockbusters not only bringing in the big bucks and increasing his star power, he can take on roles such as this, that hold a different kind of impact entirely. 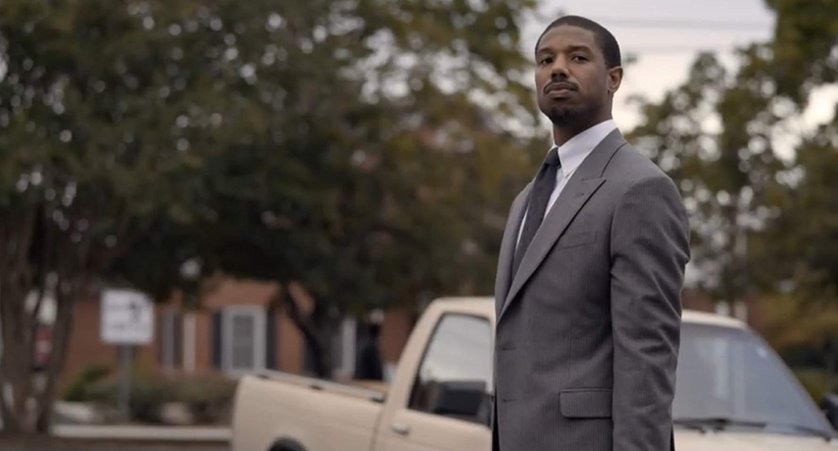 You don't have to say it, I know I look good in this.

It’s 1989 and Bryan Stevenson (Jordan) has just left Harvard with his law degree. Instead of getting a lucrative job in a law firm, he decides to take a very different route. He heads off to Alabama, where he sets up shop as a lawyer, assisted by local Eva Ansley (Brie Larson) to specifically help those who have been put on death row for reasons that are more than a little questionable.

One such case is Walter McMillian, known to his friends and family as Johnny D (Jamie Foxx). In 1987 he was convicted of murdering a teenage girl, despite overwhelming evidence to the contrary, and placed on death row.

Bryan decides to push for a retrial to overturn the decision, but doesn’t reckon on the dubious judicial system of Alabama, that at that point in time, had not one death row ruling overturned. Bryan soon discovers what a truly uphill struggle they have, despite having all the facts on their side. 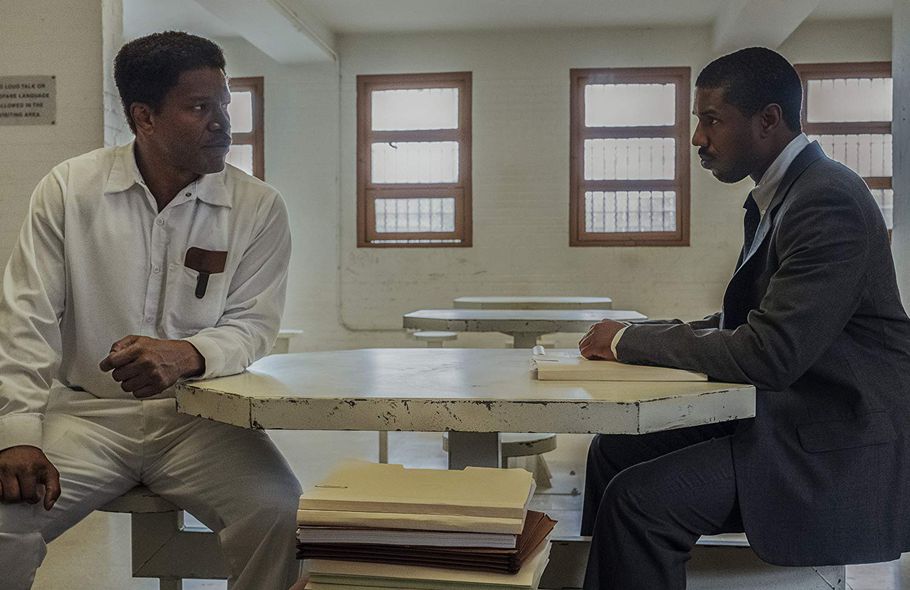 Listen, I should tell you know, I'm not very impressed with this first date.

There’s one thing that can make a court room drama that little bit more gripping, and that’s if it’s based on fact, as this one is. It’s this remarkable story that drives Just Mercy making it an absorbing watch.

Which is just as well as director Destin Daniel Cretton has, for the most part, dialled down on the intensity of the performances, which is a shame considering the talent on show. There are a couple of key scenes that are undoubtedly powerful, but other than that, the film follows a well-trodden court room drama flick.

Perhaps the thinking was to let the story do the work, which is a legitimate route to take, but although there’s nothing wrong with Jordan’s performance per se, it does come across as a little pedestrian. He’s certainly a better actor than his part gives him credit, and it’s a shame he wasn’t given the opportunity to flex more of his acting muscles, which he clearly has in his locker.

However, if you’re not familiar with the story (and quite frankly, why should you be?), and the truly remarkable Bryan Stevenson and his part in it, Just Mercy it’s a compelling case, albeit told a tad by the book.