There are always trends where naming children are concerned; the most popular names for boys in the UK currently are George, Theo, Oliver, Noah, and taking the top spot, Muhammad. For the girls they are Ava, Olivia, Sophia, Amelia, and the most popular being Lily.

And although the name Kate is certainly traditional enough to fit in with these names, it doesn’t even appear in the top 20. But although its popularity appears to have waned in recent years, it could be worse – just ask any Karen.

But just as naming a child is a great responsibility, the same can be said for giving a title to a film. And for a film that features a deadly assassin, it just feels they could have a tried a little bit harder than just calling it Kate. 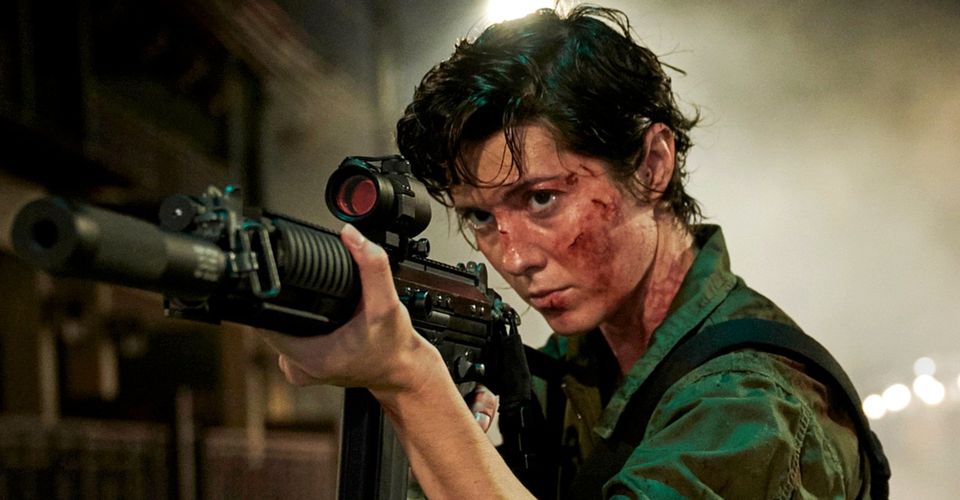 If anyone had nailed Ripley for the Comicon, it was definitely her.

Preparing for a job in Osaka is veteran assassin Kate (Mary Elizabeth Winstead). As she reminds her handler Varrick (Woody Harrelson), there’s no need to worry as she hasn’t missed a target in 12 years.

From her high vantage point it’s all going to plan, as the target appears from the vehicle. But also getting out of the car however is a young girl, which complicates matters for Kate. Her mission advisor in her ear however, stresses the importance of the kill, so Kate finally takes the shot.

Ten months later and Kate is now in Tokyo, continuing her mission to assassinate the top members of the Yakuza. She’s made it clear to Varrick however that this is the last job, as she wants out.

The night before the job, she ends up getting poisoned. Not like a slight case of food poisoning, but something far more potent and terminal, when she ingests some Plutonium 204. The diagnosis isn’t great, with medical staff giving her possibly 24 hours left to live. Considering the levity of the news, Kate takes it pretty well, as she decides to focus what energy she has left on revenge, and the person who has given her a ticking death sentence. 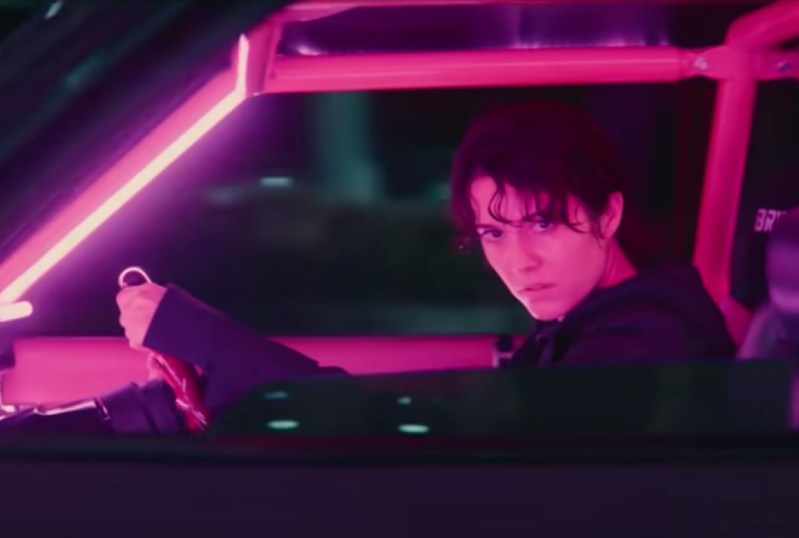 I just wanted you to change the bulb in the ceiling?!

With the explosion of streaming services and the like, more films than ever before are being made. And many of these films are being directed by relatively unknown names, such is the case here with Cedric Nicolas-Troyan. This is only the second feature from the French director, with his first being 2016’s The Huntsman: Winter’s War.

On the one hand you knew where you with a director, with the likes of Spielberg, Coppola, Scorsese, although they had a stranglehold on projects, making it difficult for fresh talent to be discovered.

But on the other hand, we now have large number of novice directors, who are often given big budget projects straight out of the gate, so it’s no surprise that the results are a fairy mixed bag.

And although Nicolas-Troyan’s second film has its faults, the director shows huge potential overall.

One of the main areas he scores highly is on the visuals; his Japanese cities are suitably littered with neon signs, and you get a real sense of location.

Another is the action sequences; the film is outrageously violent, with a protagonist with the kind killing mentality of a certain Rambo, with a number of enemies deliciously dispatched with knives.

The combination of the two makes for a fun and entertaining ride, and certainly holds your attention.

Letting the side down however is the clichéd cinematic model of the female assassin. Kate is an amalgam of not only female assassins of old, but also borrows many of their stories too. This results in a wholly unoriginal script, which lacks a compelling story.

That said, it didn’t stop John Wick making it to our screens multiple times, with absolutely no story whatsoever.

It’s a film that will make an impact as you watch it, but much like the name itself, Kate is unlikely to live long in the memory.