When the nerds were originally creating the super information highway for the good of all mankind, they were probably completely unaware of what its primary use would wind up being: watching cat videos.

The world just can’t get enough of them apparently, and has an insatiable appetite for watching all things feline, however dull and mundane they may be. Cats sleeping, eating, chasing their tails, sleeping, attacking other cats, cleaning their bits, sleeping, etc. The hilarity never ends.

Deciding to jump on the cat band wagon are US comic duo Jordon Peele and Keegan-Michael Key, who get their claws stuck into this curious hybrid of a tale.

When his girlfriend dumps him, Rell (Peele) is understandably distraught. However, his mood is lightened when a cute little kitty turns up on his door step. He bonds instantly with the adorable ball of fluff and names him Keanu. 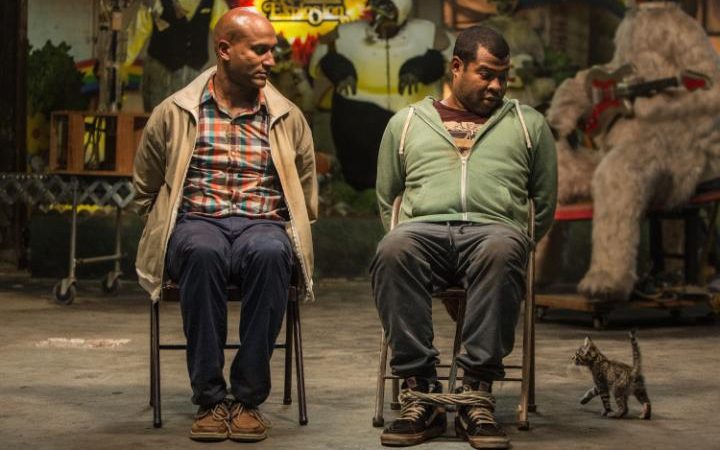 I warned you what would happen if i didn't get my Dreamies.

His world is once again turned upside down when Keanu is taken from him by a gang when his home is mistaken for that of a drug dealers. With the help of his best friend Clarence (Key), the pair go about getting Keanu back. However, he is now in the hands of gang leader Cheddar (Method Man), who has taken a shine to the kitty himself, renaming him New Jack.

A meeting with Cheddar soon finds the duo mistaken for the Allentown brothers, who are about as badass as can be. Cheddar agrees to give them the cat back, but only after his crew can shadow the pair and learn some of their killer moves. With no other choice, Rell and Clarence agree, taking on the street names of Techtronic and Shark Tank in an attempt to make them, well, more street, as they embark on an adventure into an unfamiliar world of guns and gangs in the ghetto.

Having worked together for a number of years in their own Comedy Central sketch show, it’s no surprise that Peele and Key set their sights on the big screen. However, someone really should have told them that a story about a kitten and gangs wasn’t a great mix. Perhaps Key, who also fronted The Planet’s Funniest Animals TV show, and therefore has seen a fair share of cat videos in his time, thought it was a scenario that just absolutely needed to be told. It really didn’t. 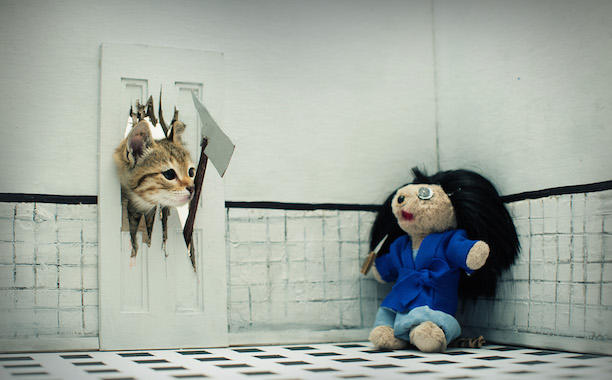 Sorry to bother you, but i was wondering if you had any funny video clips featuring humans?

There’s no denying that the pair are amiable enough, but the script is so poor, it’s only good for lining a kitty litter box. Sure the said kitten is cute, but the absurdity of it getting embroiled in gangland business beggers belief.

On top of this, the film has a strange obsession with George Michael and his Faith album, which features heavily throughout. Michael won’t complain though, particularly if it sees that LP surge up the iTunes chart. Wham! Bam! Thank you Keanu.

If you seriously need a fix of cute kitty action, then for God’s sake just use the internet like everyone else.

If you’re either a dog lover, or someone who appreciates a good comedy, then this is not for you.