The PS Vita. For those that own one, it truly is a lovely little thing to get your hands on. And although there have been a number of great games for it, some of its bigger titles have been a let-down. And yes, we mean you Call of Duty Black Ops Declassified.

So despite the rhetoric regarding the console's potential razzle dazzle, nothing really has stood out on the first person shooter front. Until now: Killzone: Mercenary certainly is the best of its kind.

With the introduction of the second analogue stick controller, there was a heady expectance from owners that their über cool console would soon be awash with first person shooters. It didn't happen. Guerrilla Cambridge have certainly made a game that finally puts the genre on the Vita map though.

Killzone: Mercenary certainly looks the business. Its world is beautifully rendered and really wouldn't look out of place on a home console. It's something that we were all promised, but it's finally been delivered. Sadly, it comes at a price: length  or lack of it. 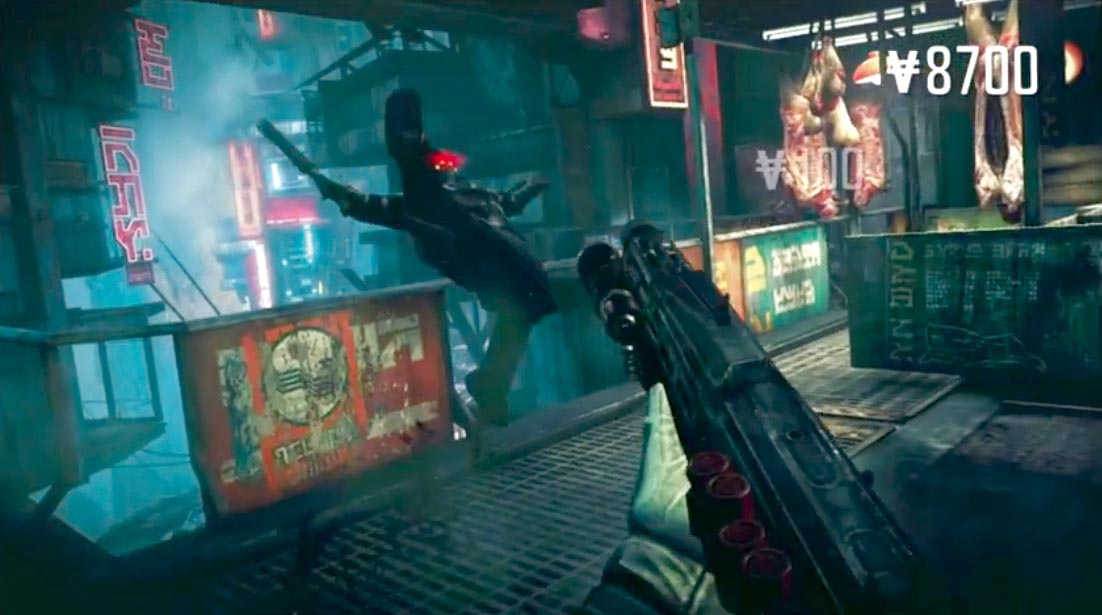 I told you before, if you spoke ill of my momma once again there would be consequences.

The game's single player campaign is disappointingly brief. We managed to complete in just over five hours, and it's fair to say we took our sweet time with it. If you want to, it could probably be done in around four. Which is a real shame as it's a real pleasure to play.

Playing as a gun for hire, you get to take on those meanies the Helghast, and get paid for the privilege. The more money you accrue, the bigger toys you get to play with. Not only can you upgrade your usual side arm and machine gun of choice, but you can also invest in some rather splendid VAN-Guard devices, which can well and truly help you out of a pickle. One disappointing thing though, is the fact you can't pick other weapons up on the fly. You're pretty much stuck with what you have on you until you come across a re-supply box; sure, they're pretty frequent, but there's no ability to swap from a machine gun to sniper rifle  and back again  the need arises.

The AI is quietly impressive too, if only to see your enemy drop to the floor occasionally, and shoot at you on their fronts, which you don't get to see all that often. Sneaky blighters.

The story is pretty engaging too, with a nice little twist in it that you probably wouldn't normally see in the series.

It has to be said that multiplayer experiences have been a little shallow on the Vita to date, but this side of things is probably the closest to what you would find on a console. Obviously there aren't great numbers to face up to, but the maps are enjoyable and it offers a pleasingly familiar challenge.

The biggest drawback to the game however is a recent update. There was a day one release patch that came in at a truly mega 1.2 GB; so if you digitally downloaded the game, it would take up 4GB in total. If you have a cartridge however, there's no way of putting the download onto it, so you'll have to eat into what precious memory you have for it. Which kind of defeats the purpose of a physical purchase if you ask us. It's a real shame  and pain  that the developers couldn't have sorted out these problems earlier, so more could have been crammed onto the cartridge.

Still, as gaming experiences go, as far as shooting in the first-person is concerned  Guerrilla Cambridge have shown just what the Vita is capable of, with their spectacular, show-stopping turn. It's so good, it really wouldn't look out of place on a console, and that's just the kind of standard that all future Vita games should aim for.