Every gamer loves a challenge, but it’s difficult to compete with a game that hates you. You see, Kingdom Come: Deliverance does everything it possibly can to put you off playing it. And it does a great job of it.

It doesn’t take long to start hating you either; loading the game is like waiting for night to follow day. And just when you think you’ve made through to the other side, you’ve actually only reached the menu, where you have to wait even longer for your game to load. It’s so long you could have a nice little nap during this time to get going.

And then the real hate comes. 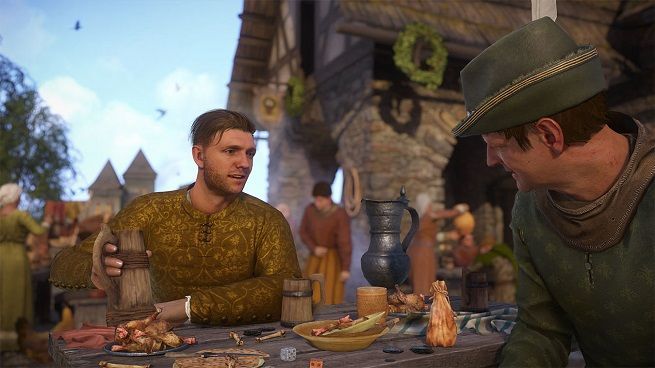 Worse game ever? I'll drink to that!

The game is set in olden times - 1403 to be exact – in the medieval kingdom of Bohemia. You play the son of a blacksmith, living in a small village with your parents. All is well, until some evil oik comes along, destroying the village and all its people – including your parents. You escape with your life – just – and find safety in a nearby village. It’s there that you recuperate and begin focusing on the one thing to get you through this ordeal – revenge.

As this RPG is based on real life events, this isn’t a title that will see you face off against dragons and orcs, sadly. But hey, there are games out there where you can already do that sort of thing, so why not go with it.

One of the early tasks given to you, is to pick up a few things for your father in the village. One of which is to bring back some cold ale for him from the tavern. So off you pops to the tavern, where your current girlfriend works, to get the ale. Once you find her, it triggers off a set scene where she hands you over the ale. It appears to be magic ale though, as it is completely invisible. And what do you do with magic ale? Why, you put it in your back pocket of course! From this point on, you know you’re in for a bumpy ride.

After the raid on your village, you escape to some houses just on the edge of it. There you see a woman in distress, being hassled by some armed soldiers. You really should intervene. Luckily, your father was working on an incredible sword, for the lord of your particular manor, and you just so happen to have it on your person. In fact if you look down, you can see the handle of the sword attached to your belt. So you do the decent thing and rush to the damsel’s aid, in order to save her. You reach for the sword to send blows against your enemies – but wait – when attempting to arm yourself with it, you are told in the menu that you can’t as it’s a quest object. So, you’re carrying a weapon, which you can see on your person, but you’re not allowed to access it? Hmmm. [spoiler alert: it turns out that we forgot the obvious way to defend the woman from rampaging soldiers was to whistle. Silly Us].

And so it goes on. 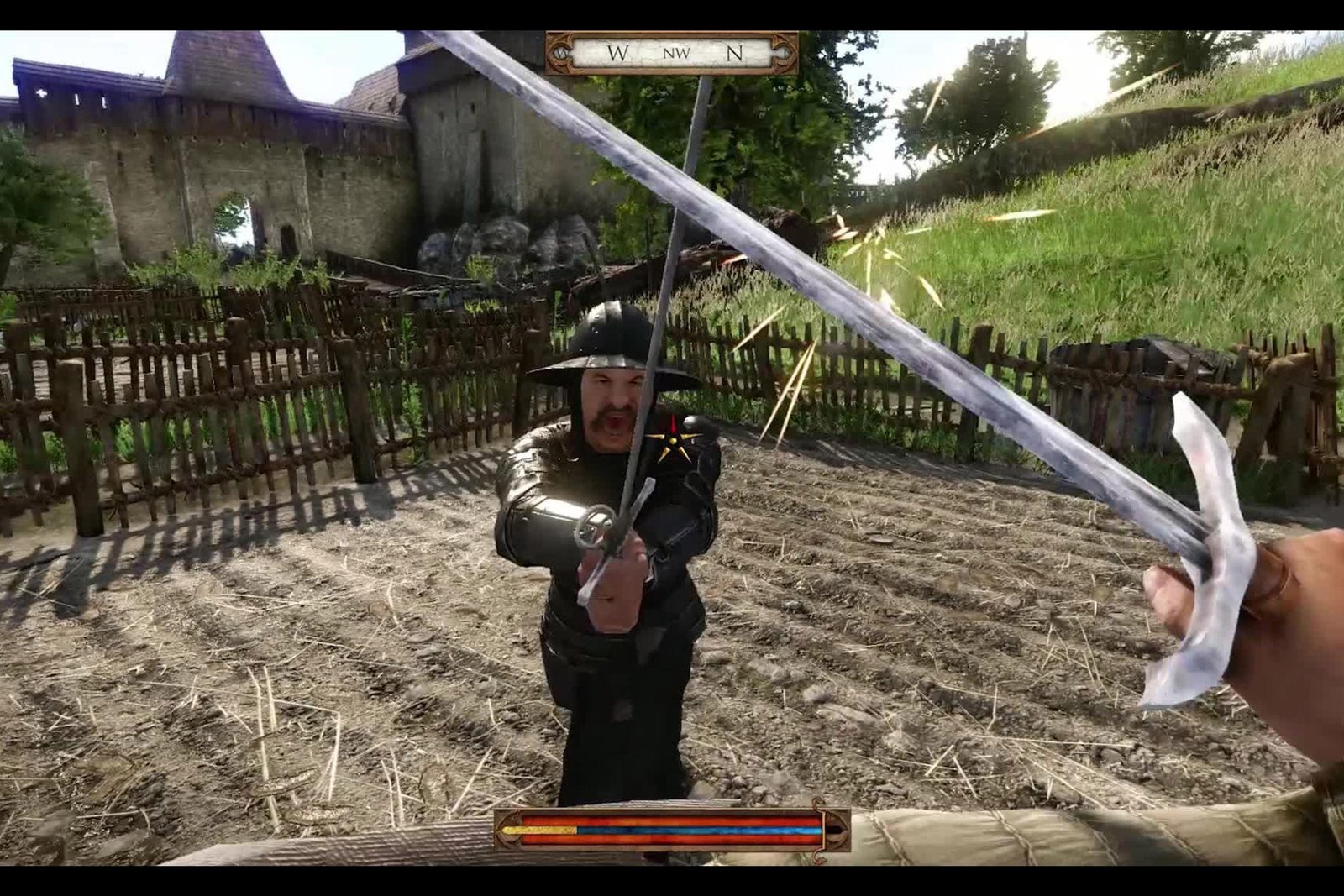 And don't ever come back to play this game again, y'hear?!

We finally made it out of the village, on horseback, that has to be the most convoluted method of riding a horse we’ve ever come across, making it look for the most part, that it was having a fit.

We took stock in the safety of a nearby castle. Or so we thought. Little did we know of the real dangers that lurked so menacingly within its grounds, or the shape this danger took – ladders. After we inadvertently fell from ladders inside the castle, to our death, a number of times, we decided to call it a day. Ladders, and indeed the game, had beaten us.

We soon got an inkling of an idea of how broken this RPG game was when we saw the size of an update; when initially downloaded to the PS4’s hard drive, the game installed at 26GB. The update came in at 28GB. Ouch.

This game was clearly rush released, with more bugs than an episode of I’m A Celebrity...get Me Out of Here!. Everything about it is evil. It looks like a PC game from the eighties and plays like...well, it just doesn’t play at all.

Never before have we developed a rage playing a game, and we’ve attempted to play Dark Souls. Just when you want to give it a chance - a second, a third, a fourth - it continuously throws hate back in your face.

We’ve never seen a game so poorly executed before, and the developers should be truly embarrassed for the shambles they’ve released. All we can all do is pray that nothing like this ever happens again.