Having arguably played one of the greatest sporting icons of all time in 2001’s Ali, who else would there be for Will Smith to play from the world of sport? Well, how about the father of the most successful tennis sisters of all time?

They say that behind every rising tennis star is a pushy parent (that is a saying, right?), and certainly Richard Williams, father of Venus and Serena, epitomises that. Here Smith takes on the role of Williams, as he moulds his two daughters into the tennis stars of the future. 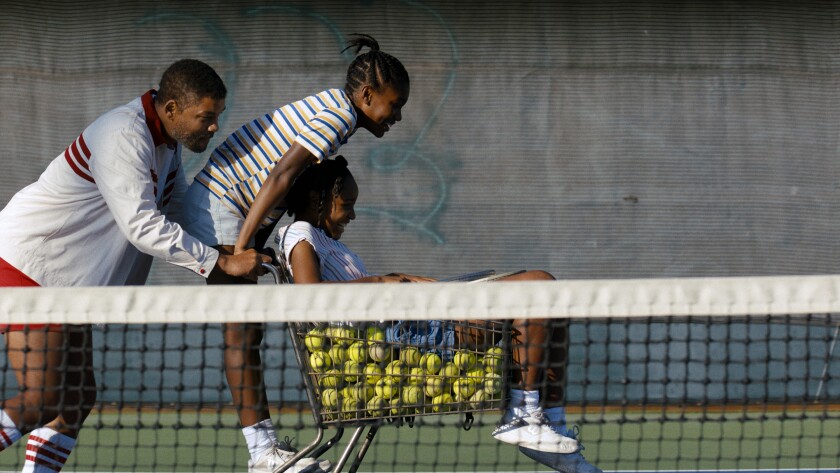 listen, we'll just say there was a special on in the store.

Living in the city of Compton, just south of LA, affords little in the way of advantages for those that live there, where crime and gang culture is rife. Despite this handicap, Richard (Smith) is undeterred, and is preparing big things for his five children, especially his two daughters Venus (Saniyya Sidney) and Serena (Demi Singleton).

They have both proven themselves to be hugely talented at playing tennis, a game that doesn’t feature often on the streets of Compton it has to be said. He has planned their route to the top of the game, and he’s determined that all concerned will follow it.

But although he has no doubt as to where his two daughters will end up – at the top – the tennis world, which is notoriously white, middle class and affluent, isn’t necessarily ready to embrace his talented protégés. 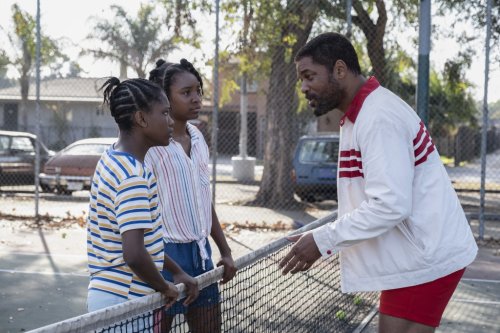 We'll need a net this wide to catch all the dumb white folk in!

There is no doubt that sisters Serena and Venus have dominated the women’s game of tennis for years now, and in doing so have made them legends, with both of them winning all there is to win in the game, including Olympic gold.

But as this film’s title suggests, this is more about the man that helped get them there, their dad. Now as enigmatic and charming as Will Smith is, particularly with his portrayal of Richard Williams, it has to be said that Serena and Venus both had something to do with their success, which doesn’t necessarily come across here.

To that end, this feels more like a vanity project, for both Williams and Smith, making him out to be an indispensible element to their achievements, which may well be the case, but their natural talent must have had a say in their development too. Perhaps a film about the sisters themselves would have been more appropriate? Especially as they are played so well here by Sidney and Singleton, both of whom are refreshingly natural and appealing.

The film isn’t helped by its almost 5-set length either, at nearly two and a half hours long, lacking the energy and interest to go such a distance. Will Smith is always watchable, but this is somewhat of a conveyor belt of a performance, that doesn’t develop in any meaningful way, and therefore less would have certainly been more in this case.

It would be like having a film about Judy Murray, which would no doubt be easy watch, but wouldn’t it make more sense to focus on Andy?

There’s no denying Richard Williams is a character, although you get the sense that Smith certainly inflates his personality for the sake of the film, but there’s also more to him than first meets the eye; at one point in the film we learn that he has more children, a fact that is quickly stated and even more quickly ignored, which is disappointing, as his relationship with them could be even more telling than the one he has with his current family. Clearly an example of director Reinaldo Marcus Green cherry picking personal information to keep the main narrative a positive one.

Considering the incredible achievements the sisters have accomplished in the world of tennis, they certainly deserve more of the spotlight than they are given here. And sure their dad may have motivated them to become the best, but who were the ones out on those courts actually winning those Grand Slams?

Certainly it’s a win for Smith, who delivers a performance with warmth and sparkle, but his story of a pushy dad is somewhat flat. It just feels like more sense to have served up a more comprehensive tale focusing wholly on the sisters themselves, considering how game changing they have been for their sport, having reigned supreme for years now.