As debuts go, Deniz-Gamze Ergüven did pretty well with hers. For her first feature, The Turkish-French director helmed 2015’s Mustang, which was Oscar-nominated for Best Foreign Film for that year.

This then, her follow-up, is her first English spoken title, set in Los Angeles during the turbulent times of the riots of the early nineties.

I Didn't know they'd arrest us for trying to sneak back into the Oscars?!

Living in South LA is Millie (Halle Berry). She does not live alone however, as she has managed to adopted eight children along the way. She also has a peculiar neighbour, a white English guy by the name of Obie (Daniel Craig) who likes his drink.

When a young black girl is shot for shoplifting in a grocery store, the community becomes understandably angry. This emotion manifests itself a hundred fold, when a construction worker, Rodney King, was stopped by police officers and brutally beaten. Little did the officers know that not only were they being filmed, their actions were to be witnessed around the world.

With LA now ready to ignite, Millie finds her children being drawn by the imminent flame, with no way of stopping them. 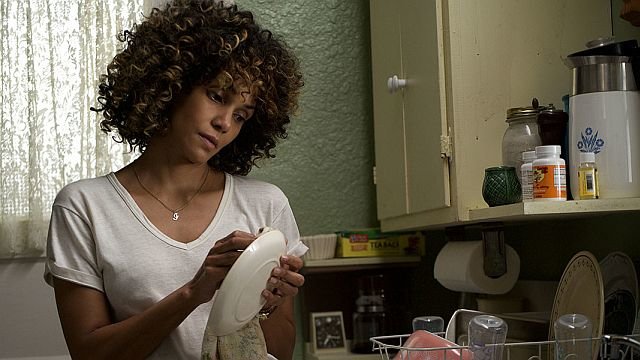 And to think, I used to be Catwoman...

Although very much billed as a Berry and Craig starring vehicle, it’s the young cast that light up this particular film, specifically Lamar Johnson as Jesse and Rachel Hilson as Nicole; these two are the real stars of this film, delivering quite remarkable performances between them. Hilson’s take on Nicole as a spirited, unstoppable force is truly riveting to watch.

In fact, when the film doesn’t focus on their story, it loses its way. The romance between Berry and Craig actually jarring with the rest of the film. Considering Ergüven isn’t a native to that part of the world, she does remarkably well in building up the tension leading to the riots. But the juxtaposition of a rom-com style relationship against the backdrop of the race riots feels thoroughly misplaced and misjudged.

There is also no sign of a back story to her two main characters, not even bothering to delve into why Millie has so many kids, and what is a white English writer doing living in a predominately black area of LA. These loose ends only add to the feeling that the film would have just been better off without them.

If Ergüven simply concentrated on the struggle of her young cast during this difficult time, that would have sufficed, and she would have ended up with a stronger, more powerful film for it. But the so-called romantic comedy element of Kings just moves what could have been a powerful film, in the wrong direction.