by Kings of Leon

2003 saw a bunch of scruffy Yankee oiks release their debut album Youth and Young Manhood. Despite having more hair than can be found in a wookies bathroom plug hole, the Kings of Leon made quite a stir. They produced a brash noise, playing guitars with extra twang. 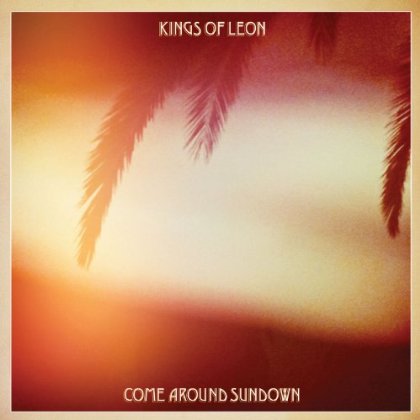 Much has changed for the Followill family in that short period of time since then. Not only have they cleaned themselves up, rather disappointingly, but this their fifth album, also finds their sound somewhat sanitised too.

There was something delightfully grubby about their first effort. It was like moonshine; it had bags of character and despite its roughness, it put you in a pretty good mood. Since then though, every subsequent album of theirs has been watered down to the point where Come Around Sundown is a diluted puddle of mediocrity.

Part of the problem stems from Calebs vocals. All through Youth and Young Manhood he literally growls the lyrics out of him; it didnt matter that you couldnt understand a word he was singing because his vocals were an instrument in themselves. It also meant that during karaoke you could pretty much make your own words up whilst singing any of their songs, which was always more fun.

Ever since then, Calebs vocals have become clearer and clearer, to the point where he could probably sing the stories on News at Ten and you would understand every single word. Whoever did this heinous Pygmalion job on him needs to be hit with a heavy hammer. And then shot.

The End is ironically the opening track; its not exactly the most exciting song to kick off an album with as it drones on a bit. Nice production though, but no meat on its bones.

Things feel like they get off the ground more with Radioactive though. It has more pace and punch about it, but like most of the album, holds no real surprises.

One of the most striking songs is Mary, with its sixties-sounding vibe. Its a jolly ole tune, which is most welcome.

The best track on the album by a country mile is Back Down South. It stands out for having some character about it; its nothing more than a simple country song, but at least it has some warmth and personality about it.

Come Around Sundown is by no means a bad one; its just that knowing full well what the band are capable of, it feels a half-hearted attempted. Its like having sex sober; sure its enjoyable enough, but nowhere near as wild as it should be.

If you enjoy middle of the road, then this is a very safe trip indeed. For anyone else, its nothing short of unremarkable.