Poor old Kirby; always the bridesmaid, never the bride. Despite starring in over thirty titles since his debut in 1992, he’s never been allowed into the elite club for video game characters.

But does he let it get to him? Well, probably a bit – well it would, wouldn’t it. But it doesn’t stop him coming back for more, like the trooper that he is. Not only that, he’s not afraid to embrace change. Not only does he literally have the ability to transform his look, he’s always keen to show up in something different, as he did in 2010, when he appeared on the Wii in groovy new threads with Kirby’s Epic Yarn.

It was a beautifully presented title that stripped Kirby bare, only to be re-imagined in strands of colourful yarn. It should have been the game changer for him as a character, and catapult him, probably literally, into the big time. 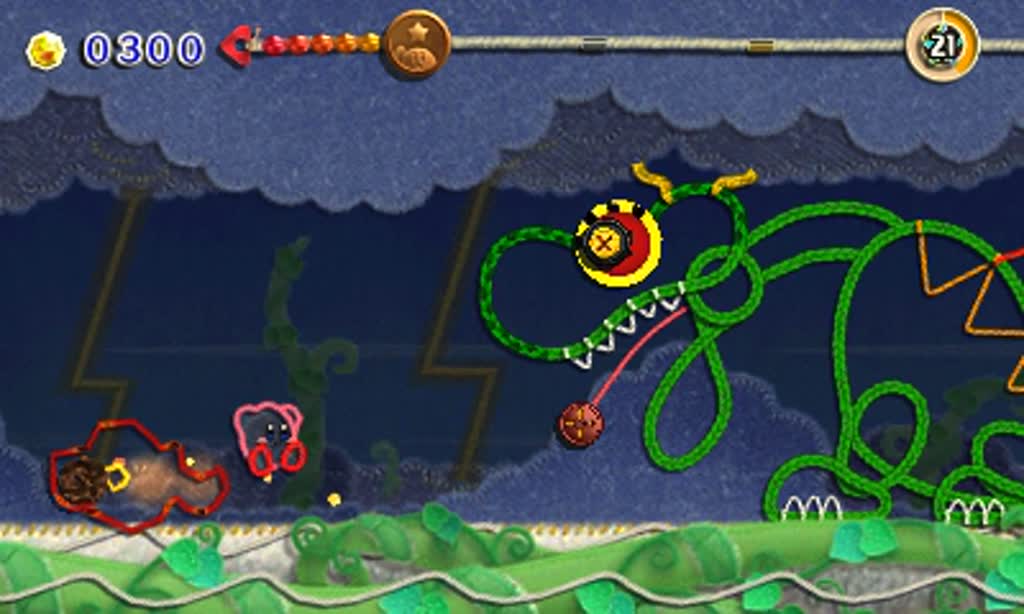 I've got a missing button on my PJ's, that'll do nicely!

But despite rave reviews, and reasonable sales, it was possibly seen as being too cutesy and artsy for the hardcore gamer.

Here then, is a port+ of that very game, shrink-washed for the 3DS.

Welcome to Patch Land, a world made entirely from fabric. Enter Kirby, yarned to the max, ready to travel through various worlds, with the goal of collecting pieces of magic yarn to stitch the worlds back together again.

Luckily, he still has the ability to change his appearance, even into various vehicles, which he will need to do a lot to traverse this very material world, and defeat the very many fabric foes in his way.

As ports go, this is fairly faithful one. It looks and plays like the original, and is just as attractive to look at. The biggest criticism however, has to be that it plays out in 2D only. This is not only hugely disappointing, but a real oversight; a 3D version would have breathed new life into the game, re-purposing the original title, as opposed to merely rehashing it. 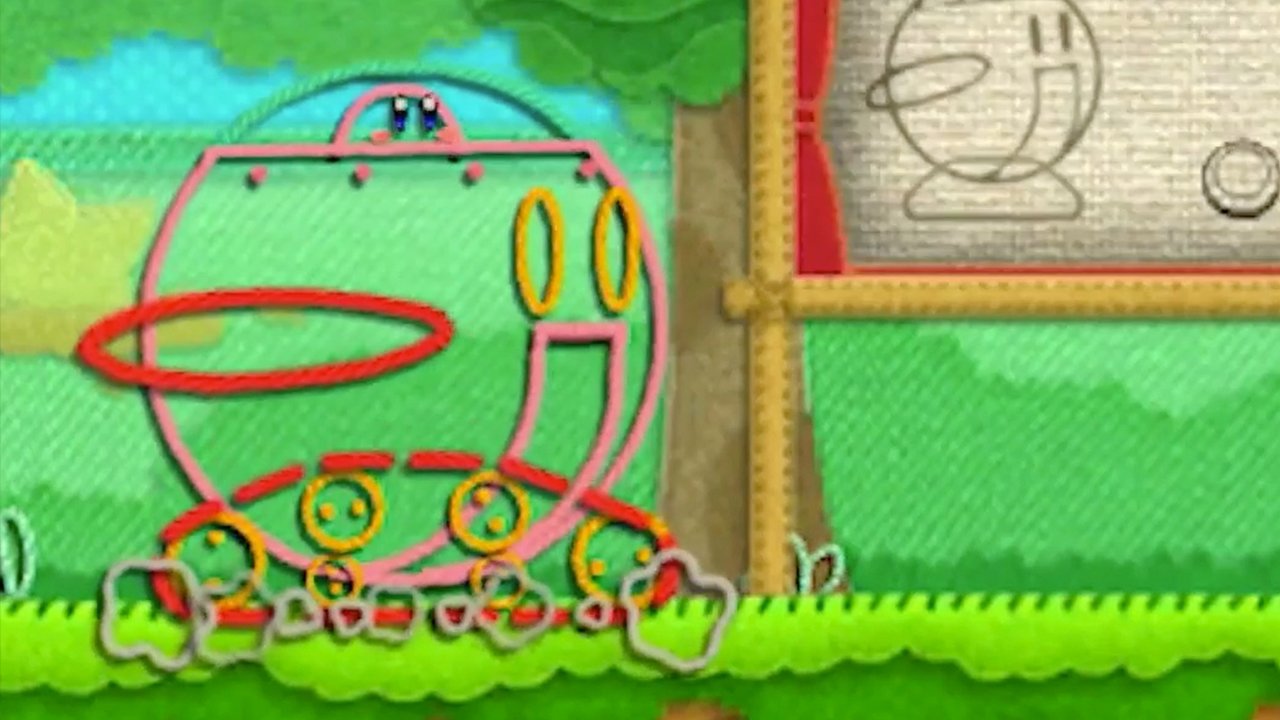 I've taken out Link, Lara Croft and Sonic. Only Mario to go...

It does come with a few extra bells and whistles though, like a Devilish mode, and a couple of sub games featuring other characters from the series.

There’s no denying that it oozes charm and creativity; it’s impressive that Ninty took the risk to change not only the physical appearance of Kirby, but to create a whole new arts and craft world for him to exist in.

It’s also a nice little dress rehearsal for Yoshi, who continues to take a page out of Kirby’s craft book, with his forthcoming Crafted World for the Switch.

It’s colourful, creative and very, very cute. It may not inspire you to take up needle point, but hopefully it will remind gamers that although Kirby hasn’t reached icon stage just yet – and possibly may never will – he’s still got what it takes to spin out a compelling yarn or two in the gaming world.