Professor Plum, in the library, with his lead pipe. It may sound like an exposé of the professor’s personal life, but it it’s also a likely scenario for the board game Cluedo. The game was created in England in 1943, and has been the bane of family ‘fun’ times ever since.

Rian Johnson’s film is a warm homage to the game, with his modern take on the classic whodunit. 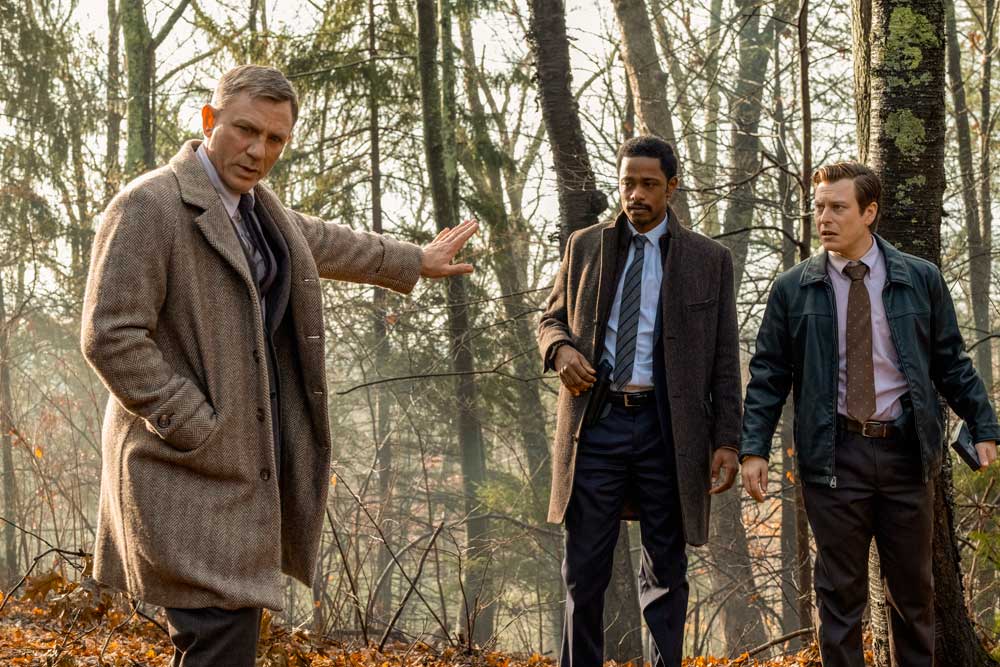 What better time for a family gathering than to celebrate an 85th birthday. That’s exactly what successful crime writer Harlan Thrombey (Christopher Plumber) is doing, by holding a party at his impressive mansion with all his family invited.

The party atmosphere takes a bashing however, when Harlan is discovered dead the following day. Although it looks like it was suicide, the police are brought in to investigate that nothing untoward occurred. Brought into assist them however is private detective Benoit Blanc (Daniel Craig), as they get to interrogate every member of the family who was there that night. What they soon discover is that plenty of them had motive to kill Harlan – but did any of them do the deed, and if so, why? 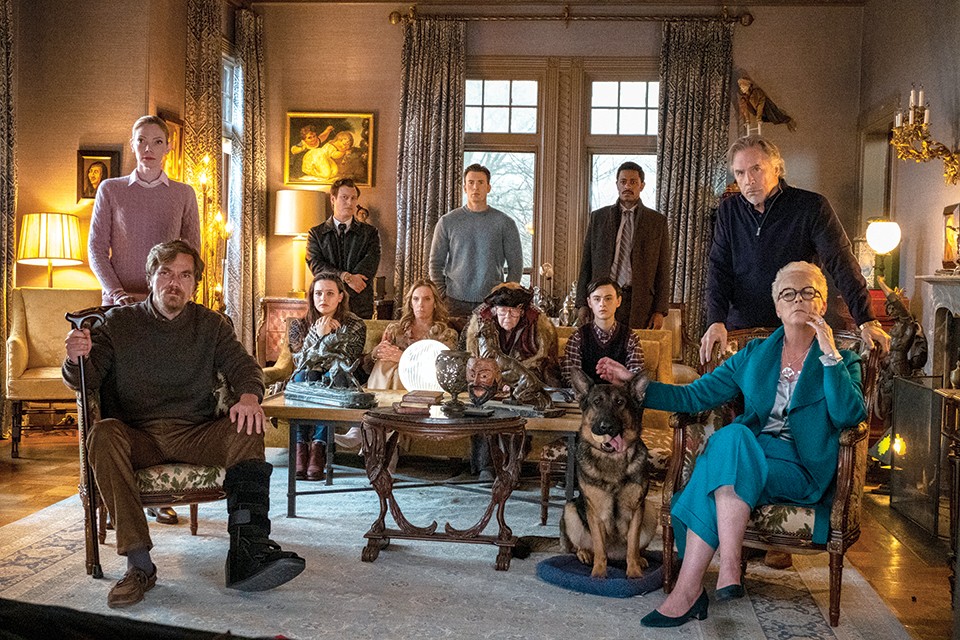 After several days of self isloation, YouTube cat videos started to lose their appeal.

Despite being set in the modern world, Johnson’s film (which he also wrote), owes much to the work of the likes of Agatha Christie; not only is it a classic set up, where a murder takes place in household, but it also includes a detective on hand to solve the mystery.

Although all the elements are in place, Johnson may rate his own writing skills, but it’s clear he’s no Christie. His script is a bloated bore, lacking all sense of mystery. His characters are just as two dimensional as those in Cluedo; there’s no doubting he’s assembled a pleasing cast, that also includes Jamie Lee Curtis, Michael Shannon, Don Johnson, Toni Collette, LaKeith Stanfield, Ana de Armas and Chris Evans, but all of their personas are incredibly dull. It’s great that they all have motives to kill their elderly relative, but it’s a real struggle to care.

And then you have Craig. First of all, it’s difficult to comprehend his character’s involvement at all. The police are already involved, and yet just because he was paid to investigate – by an unknown benefactor – he’s allowed to lead the investigations. Is he Poirot? No, some bloke called Blanc with a dodgy Southern accent. And with all great criminal minds comes the gimmick – be it a moustache, or a pipe and deerstalker etc – and Blanc’s is the rather uninspiring braces with a tucked in tie. He looks more equipped to serve you a Martini (shaken or stirred) behind a bar, than solve a murder.

With very little in the way of wit or ingenuity, you don’t need to be Sherlock to detect the lack of a decent plot. It’s like the dullest magic trick that involves all misdirection, without a thrilling reveal.

Kudos to Johnson for taking on a classic genre as they are rarely done these days, but despite his best intentions, this is a rather poor stab at it.