There must be an unwritten law somewhere stating that if you’re going to make a film set on a submarine, it has to be dramatic. Think about it, submarine comedies are very few and far between, and even fewer musicals.

As everyone knows, musicals are the devil’s work, and yet there’s no doubting one set on a sub, featuring songs such as “I’ve got that sinking feeling”, “I’m sub-human”, and not forgetting the classic “stick a finger in that hole, by golly!”, would be a compelling watch.

This film very much sticks to convention, with not a song to be heard you might be pleased to know, as it retells the real life events that took place in Russian waters in 2000. 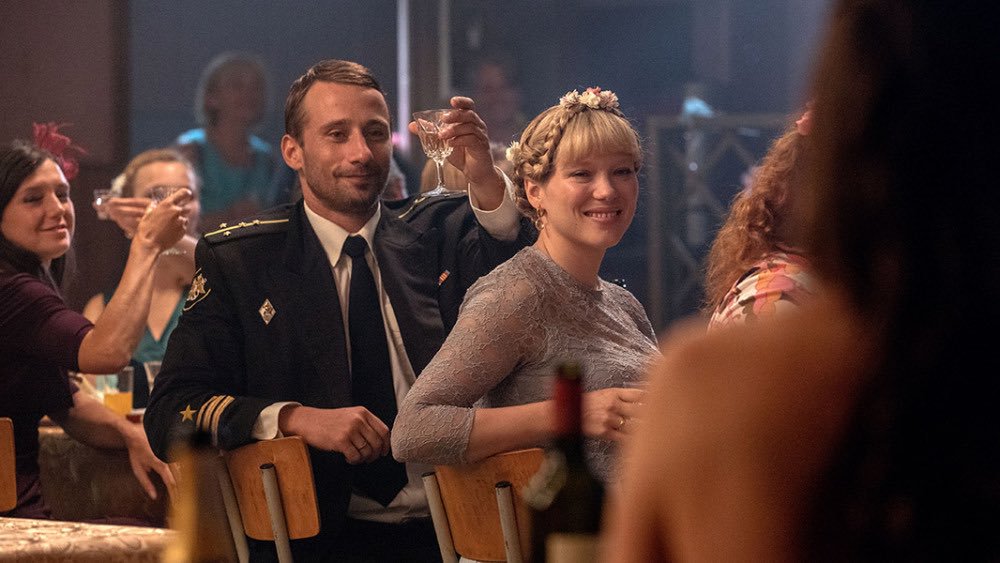 Ahh this one's from Titanic, I love that film.

After making the most of one of their own getting married, a group of Russian sailors board the Kursk – a Russian submarine – for naval exercises in the Barents Sea.

It should be a fairly straightforward exercise, if it wasn't for the fact that part of their cargo is a relatively unstable nuclear missile. The intention is to release it in a designated area, but unfortunately the missile overheats on board. Not only does it explode, it also causes all the other missiles on board to go bang.

Out of a crew of over a hundred, a small number of men survive; one of them is Mikhail Averin (Mattias Schoenaerts), who does his best to keep the rest of his friends alive.

Unfortunately for them, Russia doesn’t have the best technology at their disposal to save them. A lifeline comes by way of other countries offering assistance, including Commodore David Russell (Colin Firth) of the British Navy. However the powers that be suffer major issues of pride, not wanting to be seen as a nation in need of help. But with a small crew still trapped on the sea’s floor, with very little time left, Russia’s diplomatic dithering is far from helpful.

oh my god. Who farted?

Obviously there comes a fair amount of built in tension with a film set aboard a submarine. This is immeasurably heightened however when based on a true story. Danish director Thomas Vinterberg handles the internal elements well; from the mental stability of those on board, to the time limits regarding the amount of oxygen left to keep them all alive. It’s a classic set up and he portrays it well.

This feature also has the added element of a nation unwilling to be seen as weak on the global stage. It’s not portrayed in a highly politicised fashion, but it certainly gets its point across.

Probably the oddest part about the film is the fact that it’s English spoken throughout. This means you have Western Europeans such as Belgian Schoenarts, French actress Léa Seydoux, and Swedish legend Max von Sydow, all playing Russians, speaking English. It just highlights that this film would have had a smaller audience if it featured Russians speaking Russians with subtitles, which in this day and age is both insulting and disappointing.

Still, there’s no denying the tension that arises from a crew trapped within what’s left of a broken sub at the bottom of the sea. It doesn’t add anything new, like a song and dance number, but it does fulfil the necessary requirements of a sub flick, and does it rather well at that, by being thrilling and suitably submersive.