Last year saw a twist on the usual reality TV show with BBC2’s Win the Wilderness: Alaska, that saw couples competing to win a truly isolated cabin in the Alaskan outback. It’s just one example of a growing fascination for going off grid and living a life without all the modern trappings.

For her directorial debut, Robin Wright taps into the allure for living in the wild, playing a woman who turns her back on city life for a more isolated existence. 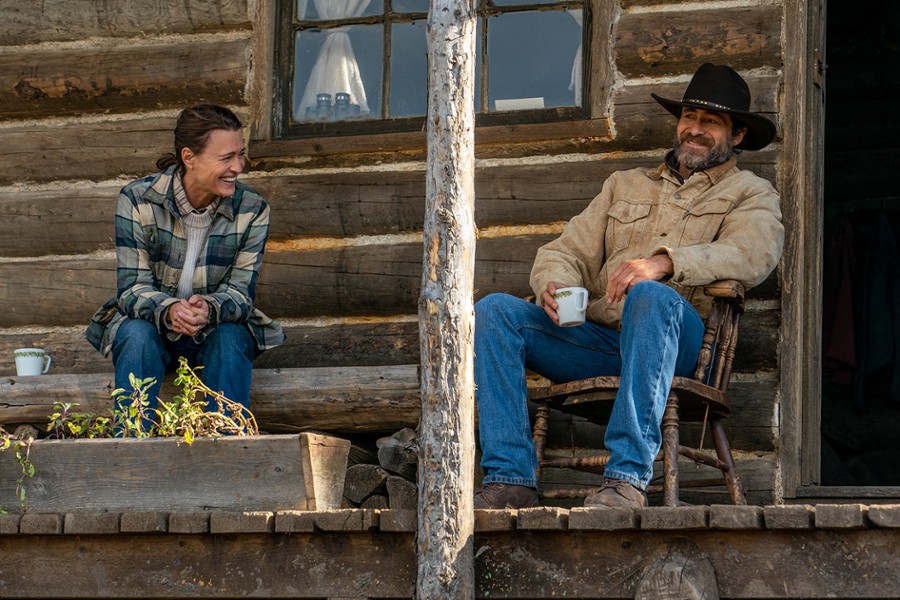 I'm telling you it's the beans, they turn you into a fartfest!

With all her worldly possessions packed into the back of a U-Haul trailer, Edee (Wright) is leaving her life in the city behind, with all the emotionally baggage that came with it, in favour of a truly fresh start, having bought a rundown cabin in the middle of nowhere in the wilds of north west Wyoming.

Despite offers of help, she is adamant about existing off grid, without even a phone or car, and being self sufficient by living off of the land, completely alone. She is dealing with the trauma of personal tragedy, and the only way forward that she can see is by being in total isolation.

Edee is ill equipped however to cope with the severity of her new environ, which beats her down until she becomes severely ill.

Luckily for her she is discovered by a passing hunter, Miguel (Demián Bichir), who not only helps bring her back to full health, but becomes a friend, and in doing so, not only offers her practical advice on living in the wild, but also aids her recovery mentally and emotionally. 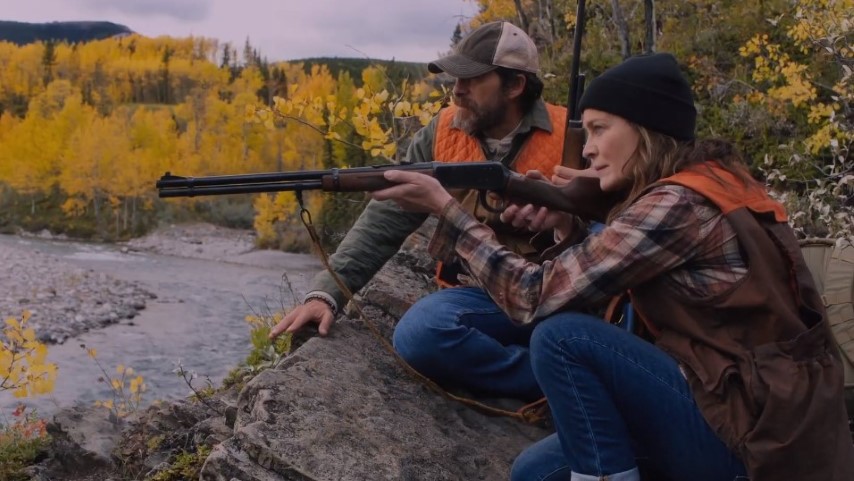 That's it, now just imagine Sean Penn's head on it...

Wright’s debut is essentially a film about healing, set against an incredibly scenic backdrop. Her character Edee is clearly broken, and sees this extreme move as the only way out.

As a director, Wright certainly captures the sense of isolation, with Edee’s new abode about as remote as can be. Edee is fully committed to living alone, with no contact with the outside world, whatever the cost. Wright is smart enough to rely heavily on her surroundings, the spectacular backdrop of Alberta, Canada, doubling for Wyoming, capturing the raw beauty of the environ at any opportunity possible.

Wright’s performance has a touch of the tom hanks film Cast Away about it, albeit self-inflicted, as she comes to grips with the harshness of her surroundings. Although initially lacking the basic skills of survival, the great outdoors proves to be very therapeutic, offering the perfect coping mechanism for her fragile state of mind. And in keeping with her surroundings, Wright gives a very natural, stripped back account of herself, lending an almost documentary feel to her portrayal of Edee.

It’s a film that finds its protagonist, clearly strong-willed and determined, but also overwhelmed by the painful memories as well as the harsh landscape, hoping nature will offer something by way of resolution. It is quiet, with a script that would often rather let the scenery do the talking, and yet both Wright the actor and director offer a character in pain, interacting with the wild, and her new found friendship with Miguel, as part of the healing process.

Although moving without being syrupy, and pleasing to look at, the ending does feel somewhat clichéd, resorting to an all too obvious resolution that undoes some of the strong work achieved up until that point. Still, as a debut, Wright impresses with a canvas of breathtaking landscapes and emotional pain, that will no doubt help put her on the directing map.