When Steve Carell first burst onto our screens as the awkwardly inept Michael Scott in the US version of The Office, you could tell that a career in comedy was pretty much guaranteed. And, for the most part, that’s true. But no-one could have predicted either his willingness to avoid being typecast in nothing but comic roles, or indeed that he had such ability to do straight roles.

But that’s exactly what he’s done, mixing up the silly comic jobs with strong ‘proper’ acting in the likes of Foxcatcher, Battle of the Sexes, and now this. 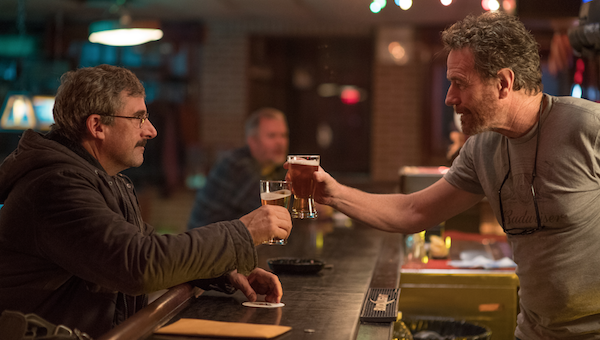 Here's to making a killing in our TV careers - cheers!

It’s 2003 and Larry ‘Doc’ Shepherd (Carell) walks into a near empty bar. He’s not there because he’s thirsty, he’s there to meet the owner, Sal (Bryan Cranston). It’s been decades since they’ve seen each other, and it takes Sal a while to realise that the guy in front of him is his old marine pal Doc.

Doc’s not just turned up out of the blue for a catch up, he’s there to ask a favour. His son was recently killed in the line of duty, and he wants Sal to go with him to recover the body. Sal agrees.

On the way, they pick up another pal of theirs, Richard (Laurence Fishburne), who also served with them in Vietnam, who they manage to talk into going with them.

What starts out as a fairly straightforward plan soon becomes more complicated, as the trio’s road trip takes a few unexpected turns along the way. 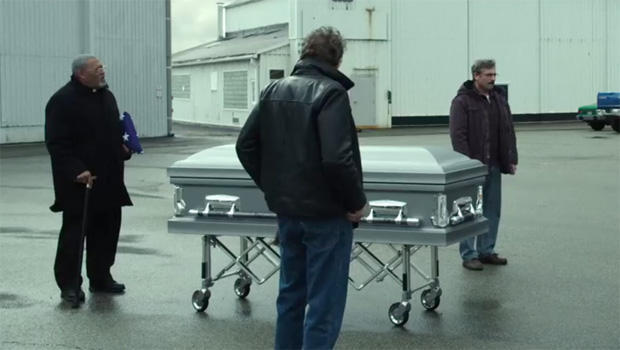 Couldn't you have just packed your stuff in a suitcase like anyone else?

Although this film initially comes across as a little straight forward for director Richard Linklater, who has been known to make quirkier indie titles such as Waking Life, A Scanner Darkly and Boyhood, many of his films centre around relationships - Slacker, Before Sunrise, Before Midnight - which serves him well here.

As road trips go, this effort stays in automatic all the way. The characters have a chequered history, there’s fun and drama along the way, before reaching their destination of resolutions. The biggest surprise perhaps, is that Carell takes a back seat as far as the laughs are concerned, leaving Cranston to go large and steal many a scene. This gives him the opportunity to focus on the sensitivity of his character, which he does remarkably well.

Linklater gets a lot from his trio of talent, all that’s missing is a slightly sharper script that could have turned the humour up in places.

It’s not classic Linklater, but at least Cranston, Fishburne and Carell demonstrate they’ve all still got plenty left in the tank to give. And Carell proves once again he can be just as unfunny as the next guy.