With the recent release of the free-to-play MultiVersus game, that can have you get into a curious bust up with the likes of Bugs Bunny, Batman and Arya Stark, it proves there’s an appetite for Super Smash Bros type games.

After all, Nintendo’s popular beat ‘em up is only available on the Switch, which isn’t helpful for other console owners who want to get into a virtual scrap.

Making a cunning decision to throw their bricks into the beat ‘em up ring is LEGO, whose cute characters feature throughout this title. 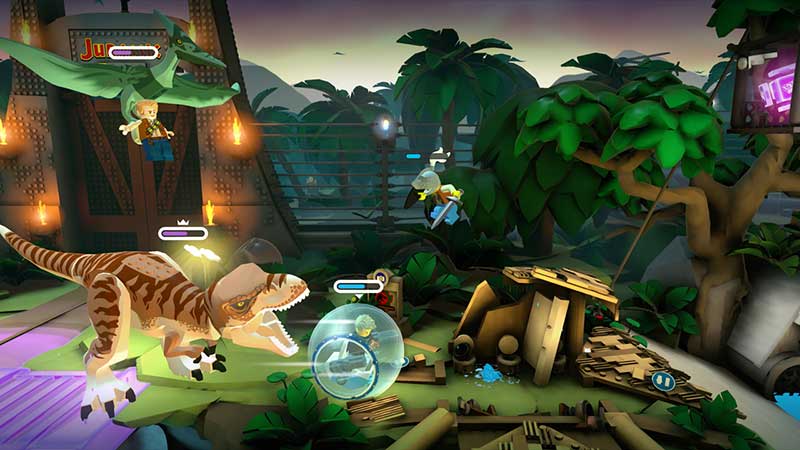 Now wait a minute, you turned into a what now?!

It’s an easy enough premise to understand; you fight other players on a 2D plane, the last team or character standing, wins.

Now full disclosure should make us point out that we’ve never been a fan of this genre in general, or Super Smash Bros in particular. We can appreciate the appeal, but as a genre, it doesn’t do anything for us.

So it’s a surprise that this game did. 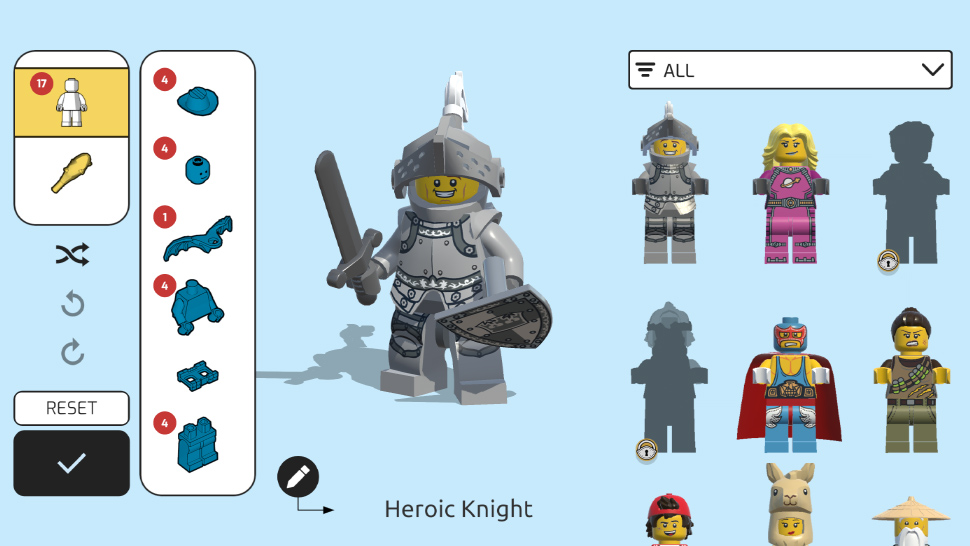 And if i could have something a little snazzy for the footwear, sparkly maybe?

Although there aren’t necessarily recognisable licensed video game characters, there’s something immediately appealing about the variety of LEGO characters you can play as, all of which have appeared in real life LEGO sets over the years.

You then either play in a free-for-all all brawl with seven other players, or in two teams set against each other. You jump around, picking up items such as weapons and vehicles that may aide you, and try to take your opponent down. Then, depending on how well you did, or didn’t do, you’ll be rewarded in LEGO studs, which can help unlock other items, characters etc.

It’s not terribly taxing, which is part of its charm. And as the rounds don’t last long, it’s the perfect game to just dip in and out of. Of course it’s quite cunning, in that you get packs for participating in a number of brawls, with each pack contain characters to increase your fighting roster. It’s the type of mechanic that’s easy to get sucked into, with a curiosity getting the better of you to see what random character you get next. For instance, we got a ballerina, which wouldn’t necessarily be a go to character for us in any other game, but who wouldn’t want to see a fighting ballerina?

And of course, because it’s LEGO, you can mix and match parts to create your very own fighter.

There are themed periods around characters too, with a recent Halloween theme where you could pick up LEGO horror characters such as a zombie, with the more studs you collect from your battles.

With very few button inputs, and a bout of button mashing, there’s not much else to it. The various LEGO themed levels, including a fun Jurassic Park one where you can turn into dinosaurs to help your team, do offer additional challenges, such as control the point, or pick up as many collectibles as you can, add just enough variety to keep it engaging.

It’s also the rarest of games where we’ve actually managed to win a number of fights, which sadly never happens elsewhere, which offers a further sense of achievement. Maybe it’s down to the fact that only eight-year-olds are playing it, but hell, we’ll take it.

So despite not enjoying these types of games in the past, we loved LEGO Brawls. With its fun, bite sized rounds, and fantastically original characters to play and collect, it’s a breezy, accessible game that truly is fun for all ages. And one of the best benefits of owning it? There’s no chance of treading on random loose bricks lurking in the carpet pile.