Up until now their formula has been a highly successful one: 1/purchase successful film/comic license, 2/make a Lego game version of it 3/repeat. Over the years they have delivered some truly entertaining titles in brick form, including games for the Star Wars, Indiana Jones, Harry Potter and more recently Batman franchises.

The game play has been resolutely similar for all games, and change within has been slow to say the least. In fact it's only in the last couple of titles that actual dialogue has been introduced.

Someone, somewhere within the team however, decided it was time to be bold with their brick work, and concentrate on a title that didn't rely on an existing franchise  other than Lego that is. And so Chase McCain was born. 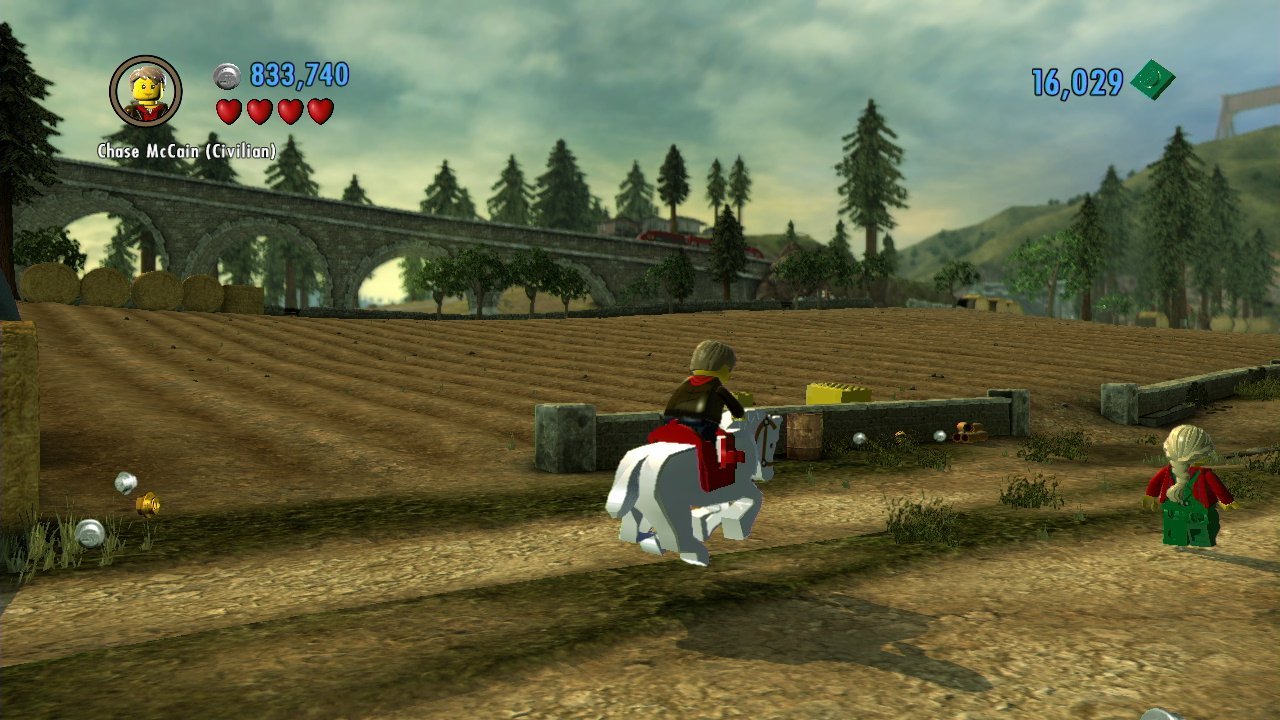 Now I'm confused: is this Lego City Undercover or Lego My Little Pony?!

Chase McCain is a cop with a mission  actually a fair few more than that, as you can well imagine  and that's to keep the peace in Lego City.

Having been brought back into the fold of the Lego City police, after a somewhat embarrassing incident where he accidently revealed the identity of a witness, Chase has been reinstated to bring down the growing crime wave in the city, which is thought to be on the increase due to one man: Rex Fury.

But for Chase to fully understand the problem, he's going to have to take on various guises and go undercover to infiltrate the criminal fraternity.

Although there isn't a big lucrative franchise to tie in with this latest Lego release, it doesn't stop it from paying homage to various cops and robbers shows and films over the years. But with the likes of Columbo, Dirty Harry and a couple of Starsky & Hutch looky likeys, the references seem geared towards a fairly older demographic, leaving younger players slightly nonplussed. Still, there's a lot for them to enjoy elsewhere.

As is the MO for every Lego game to date, the main emphasis is on having fun. Chase is a charming leading man, and the perfect foil for the game's pretty impressive playing area of Lego City. It clearly borrows heavily from the structure of the GTA games  too heavily. One of the biggest bones of contentions for the GTA series  that of having to spend an incredible amount of time driving from one place to the next  is also a bug bear here. Far too much of the game and its numerous missions involves an incredible amount of time devoted to transport issues. Missions won't start until you've got from one side of the city to the other, and although there are a number of methods of travelling around, all of them are time consuming. And sadly it's not the only time in the game when you'll be sitting around twiddling your gaming thumbs.

Any of the older gamers will also be familiar with one of the game's other major problem: loading times. There was a time, believe it or not, when games actually came on audio tape and had to be loaded from a tape machine. This would often take what felt like days before your game loaded. Perhaps the game is just paying homage to those days, with some truly crippling loading times, but it's doubtful. Considering that the Wii U is the first Next Gen machine (although, have you noticed, it's never actually referred to as that? Curious.), it doesn't bode well that a game like this needs to load so very often from the disc. And if you are an older gamer who can remember longer loading times, the last thing you want is to live through that trauma all over again. Life really is too short.

One of the highlights however, is the ability to take on different personas, although some of them are better than others. Each identity brings with it a specific set of skills: the fireman can put out fires, the miner can handle explosives and the criminal can crack safes. Somewhere along the line however, the creative juices must have dried up pretty bad for there to be the inclusion of a farmer. His skill set? The ability to hold onto a chicken and fly of course. It's just one disguise too far.

Without the structure that comes with a licensed character-driven game, Lego City Undercover suffers from a lack of structure, which is kind of ironic considering it's a game based on building blocks. Although many of the cut scenes are entertaining (once they've finally loaded that is), the bits inbetween where the gaming takes place, lacks punch.

On top of that, the game also suffers another blow, in that unlike all the other previous Lego titles, this has no multiplayer whatsoever. So if you're expecting the usual drop in/drop out play, you'll be disappointed.

What the game does however is prove, to a certain extent, that the franchise doesn't have to rely so heavily on an already existing franchise for the Lego gaming brand to flourish. That said, if original titles are going to be pursued further, developers will need to go back to basics with their brick work and focus on building a far better game than this.