Not so long ago, cinema was seen as a fairly serious medium, primarily aimed at grown-ups. By comparison, the relatively new medium of TV was, on the whole, generally accepted as delivering the light and frothy. How times have changed.

With the emergence – and dominance - of the likes of HBO, and now, to a certain extent streaming sites, TV is now home to some serious drama.

Whereas cinema, without such behemoths as Coppola, Scorsese, De Palma etc, no longer creating masterpieces behind the camera, has become the playground to men in spandex, women in Lycra, fighting to save mankind and that.

It’s not often that a drama, squarely aimed at an adult audience interested in non-planet-saving activities, gets a big screen release. It’s no surprise then that this comes from someone who’s made a name for himself on the small screen, Dan Fogelman. 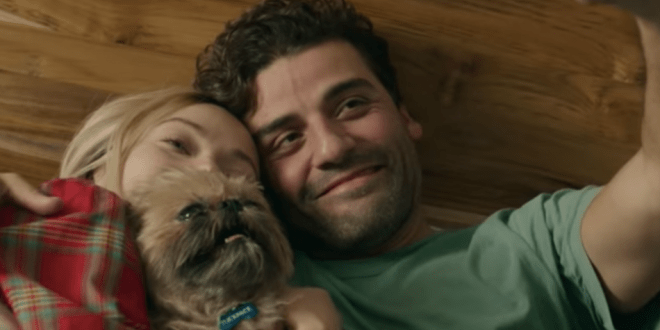 Get your head down a little lower. Remember, the dog's the star!

Will (Oscar Isaac) is madly in love with Abby (Olivia Wilde). It’s not until a frat party however, when Abby confronts him, that Will finally finds the courage to ask her out. Luckily for him, she says yes.

Although Abby finds Will’s love for her a tad too intense at times, the pair look like they’re coupled up for life. But life always has some curve balls up its sleeves, and when they let rip, there’s just no avoiding them. Will in particular struggles when their lives are turned upside down. And these events not only affect them, but ripple through their timeline and beyond, having knock-on effects on the lives of others.

If you’re familiar with Fogelman’s work, most recently being the family TV drama This is Us which he created, then you’ll be very much at home here. Life Itself is a smart and sassy examination of one couple’s relationship, and the consequences of their particular coming together. 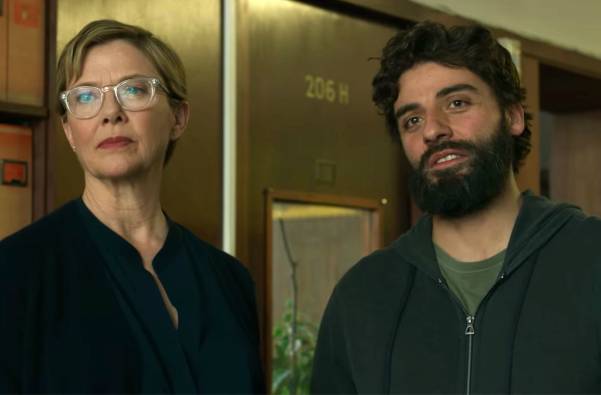 Is it OK for him to be banging his head against the wall like that?

Divided into four chapters, the first two primarily centre on Will and Abby; It’s a vibrant start, that’s also pleasingly quirky, warm and funny, mostly due to Isaac’s sterling performance. There’s a definite gear shift for the last two chapters however, that have a more European feel, thanks to focusing on characters played by Antonio Banderas, Sergio Peris-Mencheta (from TV’s Snowfall) and Laia Costa.

Although initially intriguing, the second half soon deteriorates into a humdrum family drama, accompanied by an annoyingly insipid soundtrack. And when Fogelman, who wrote and directed, finally joins up all the dots, the result pushes the laws of probability past the point of believability.

Still, Isaac, as always, is thoroughly worth watching, and Fogelman should be praised for attempting to bring something a little bit more grown up back into our lives, even if it is over-written in places, and under-delivers. But hey, life’s like that.