The zombie apocalypse. Everyone has pretty much come around to the inevitability of it, probably more so than climate change ironically, so it’s just a question of when, not if.

Another pertinent follow-up question would be – where? If this film is any indication, then the Southern hemisphere in general, and Australia specifically - where it’s set, would be pretty agreeable for those of us in the Northern half. 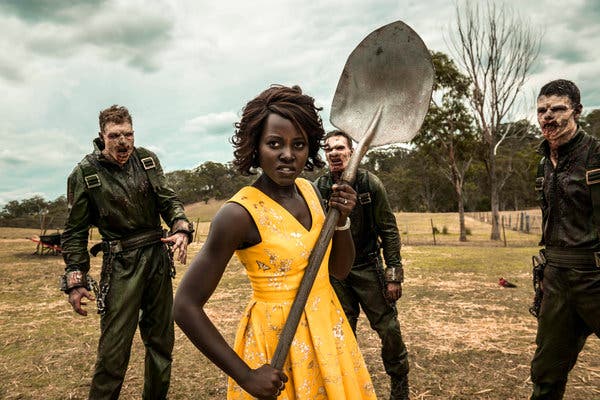 For musician Dave (Alexander England), it’s not just his musical career that appears to be in turmoil, as his relationship with his girlfriend is also going through a tough period. So much so that he ends up having to sleep on his big sister’s sofa.

His mood changes somewhat when he takes his five-year-old nephew Felix (Diesel La Torraca) to kindergarten and meets his teacher Miss Caroline (Lupita Nyong’o). He’s so smitten with her that he does something he ordinarily would never do, and volunteers to escort her with the class on a school trip to Pleasant Valley.

It all starts off well enough at the farm, but the day quickly escalates into one of chaos and mayhem with the neighbouring US testing facility under-going a pesky breakout of the zombie variety. And if anything is going to put a damper on a fun school trip, it’s thoughtless zombies. 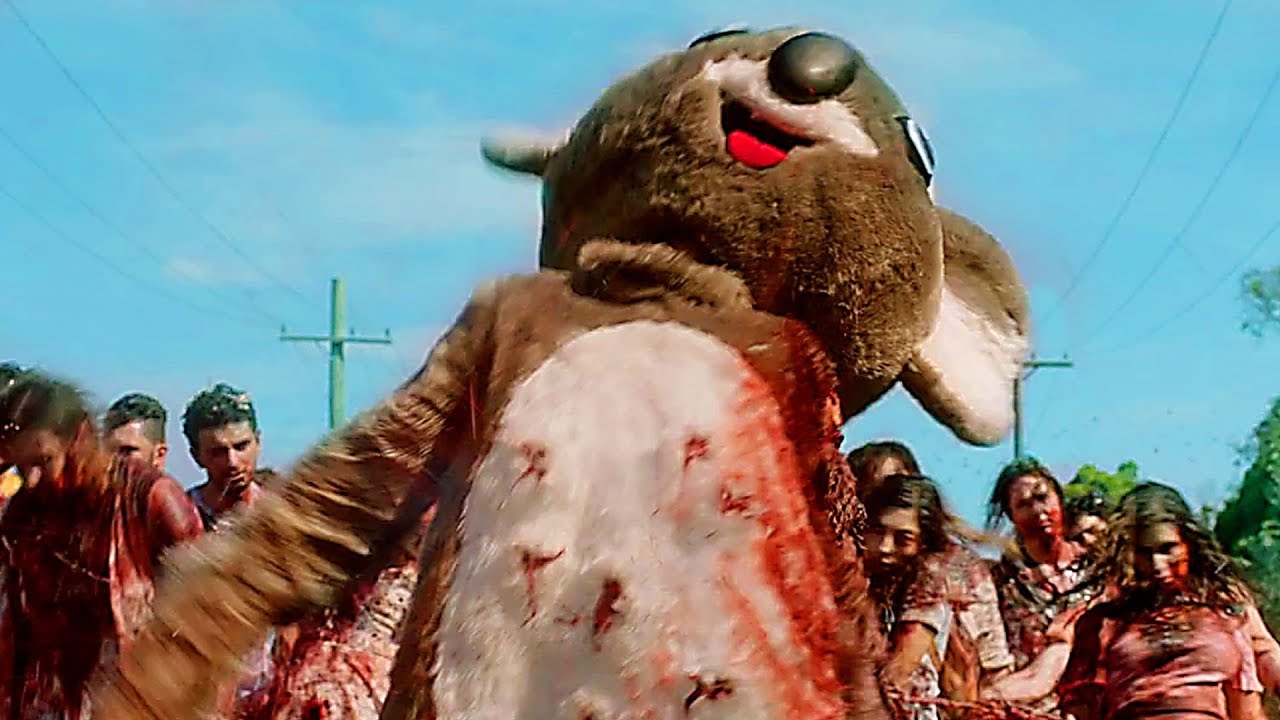 Mascot Kevin the Koala always felt his contributions to events were woefully underrated.

What’s clear from Australian actor turned writer/director Abe Forsythe’s second full-length feature is his affection for a certain Pegg/Frost zombie flick, which this appears to pay homage to. So much so that it really should have been titled Daycare of the Dead.

That’s not to say he doesn’t put his own spin on the zombie apocalypse; his revolves around the safety of a group of very young children during a horrifying time. It’s a mechanic that the film equally thrives and fails on. He pushes the envelope by having characters, particularly that of Josh Gad’s imagining of a real-life Krusty the Clown character, only more foul-mouthed, interact with the children.

His school-boy error however, comes from never having the group succumb to any genuine threats or danger. If he wanted to go dark, which he does occasionally with some satisfying flesh-eating zombies, he should have, at the very least, sacrificed one or two of his young lambs to the zombie cause. The fact that they are shepherded to such a high degree, takes away any sense of real peril, and therefore makes the whole zombie outbreak a tad redundant.

That’s not to say the film isn’t entertaining; England – who could easily pass as a Hemsworth the world forgot about – plays the slacker with a mission to redeem himself well, and the ever busy Nyong’o is pleasingly breezy, with ukulele in hand, and is obviously enjoying letting her hair down at the expense of a zombie apocalypse.

There are also a fair few gags – both written and visual – that are worth enduring the cutesy cutesy kiddie stuff for.

As far as being a zom-rom-com is concerned, Little Monsters could be considered the fairly well behaved and respectful child of Shaun, and to that end, could have done with being that little bit naughtier and taken a bigger bite out of its book, it’s the end of the world, after all.