Although being President of the USA must have its perks - having Air Force One at your disposal would be nice, for instance - it does have its down sides; four presidents have been assassinated (Lincoln, Garfield, McKinley and Kennedy) and there have been 20 known attempts to assassinate sitting or former presidents. So If Trump does get elected...every cloud and all that.

President Asher (Aaron Eckhart) doesn't seem to be a bad president, and yet he always seems to have a target on his back. In Olympus Has Fallen the South Koreans took a considerable dislike to him and attacked the White House. If it wasn't for Secret Service agent Mike Banning (Gerard Butler), Asher would be Kimchi by now.

When the British Prime Minister dies, around 40 world leaders, including Asher, are invited to his funeral in London. Asher rocks up in Air Force One (you see!) with Banning once again on his security detail. 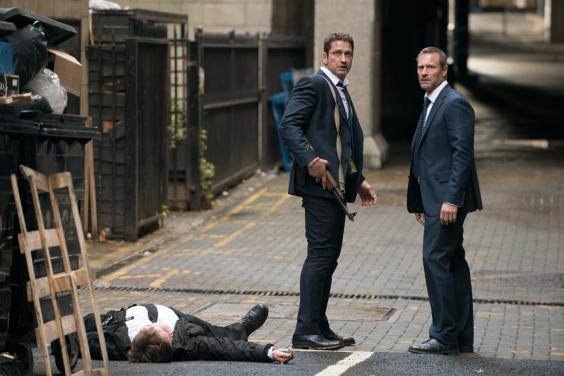 Boy, London really does have a litter problem.

It's just as well Banning is with him as it soon becomes apparent someone has a beef with not only Asher, but all the world leaders in attendance. Before you can say 'Mind the Gap' London is under attack and the leaders are being bumped off one by one.

Despite being on unfamiliar ground, Banning continues to do what he does best, keep his president alive, at any cost.

With the success of the first film, a sequel was about as sure as a sure thing can get. This one sadly, falls into the trap that so many sequels fall into by being inferior in almost every way.

Obviously they couldn't set it in the White House again - that would have been proper loco in the head - so moving it to London seems like a good idea. Actually, it's probably the only good idea the film has.

All of the film's problems can be laid at the feet of its director. The first one was helmed by the experienced Antoine Fuqua who showed he knows his way around an action flick. This sequel however, was handed to relative newbie Babak Najafi, who clearly is way out of his depth with action in particular, and well, directing in general. Why the producers would hand over a big-budgeted sequel to someone with so little experience is a complete mystery. They're probably kicking themselves now. 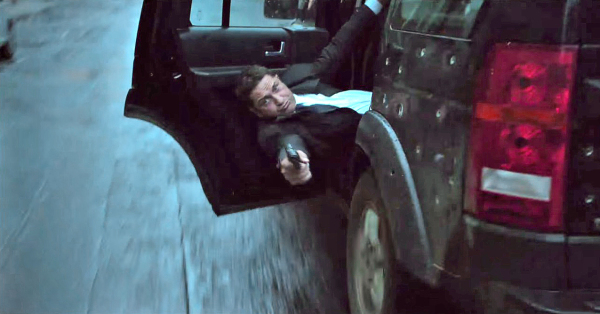 I've really had enough of these fans!

One of the most embarrassing elements of the film are its not so special effects; the explosions are so visibly poor that they look like they were painted on by a blind person, who has never painted before, in post production. Or produced on the cheapest of apps using a wonky explosion filter. They look that bad.

Butler does his best to replicate his John McClane clone he brought so satisfyingly to the screen in the first film, but the script is just too flat to shine. Still, the relationship between Banning and Asher is played out well between the two actors and help give the film some heart.

To be fair, some of the stunts are actually quite impressive, particularly the car chase scenes on the streets of London, which are probably worth watching the film for alone. Just.

It's disappointing to see a sequel with such potential be handled so poorly. If the only reason Najafi was handed the job was that he was cheap - and we can't see any other reason - then you really do get what you pay for.

If another destination is to have a nasty tumble, let's just hope that the person they choose next time around to oversee it knows what they're doing, and it doesn't fall on its arse like this one.