The current landscape of cinema is certainly fluid. We appear to have reached a point in time where there are no comedic A-listers making comedies on a regular basis. Where is this generation's Jim Carrey, Ben Stiller, or dare we say it, Adam Sandler?

With the likes of Steve Carell moving into more dramatic roles, and Will Ferrell making comedies that are no longer funny, there feels like there’s plenty of room for someone to step up and make a claim for the comedic crown.

Just to be clear, Seth Rogen isn’t anywhere close to being in line to that particular throne, but along with Charlize Theron, they’ve had a stab at producing a feature that certainly has its moments. 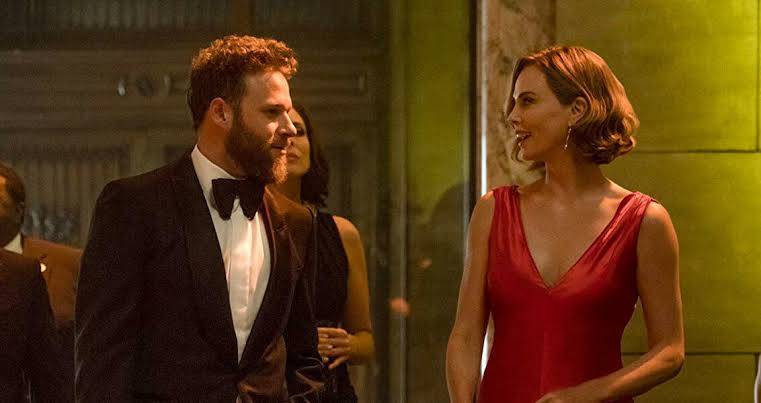 Listen, I still think I have a serious chance of being Bond.

Having just been forced to leave his jobs due to his principles, journalist Fred Flarsky (Rogen) is being taken out to a charity event by his friend Lance (O’Shea Jackson Jr.); it’s not necessarily a thing he would do, but when Lance tells him that Boyz II Men will be performing, he’s sold.

There he meets Secretary of State Charlotte Field (Theron), who, it turns out, he has some history with; she actually was his babysitter when he was young. She also remembers him and they get chatting.

When Charlotte hears that Fred is a journalist, an unemployed one at that, she offers him a job as one of her speech writers, which he accepts.

The more time they spend together, the more Fred’s crush for charlotte re-emerges from his past. The strangest thing happens though, as he gets the feeling that the Secretary of State may have feelings for him too. But would Charlotte, who has aspirations of running for the top job in the White House, be seriously interested in him? 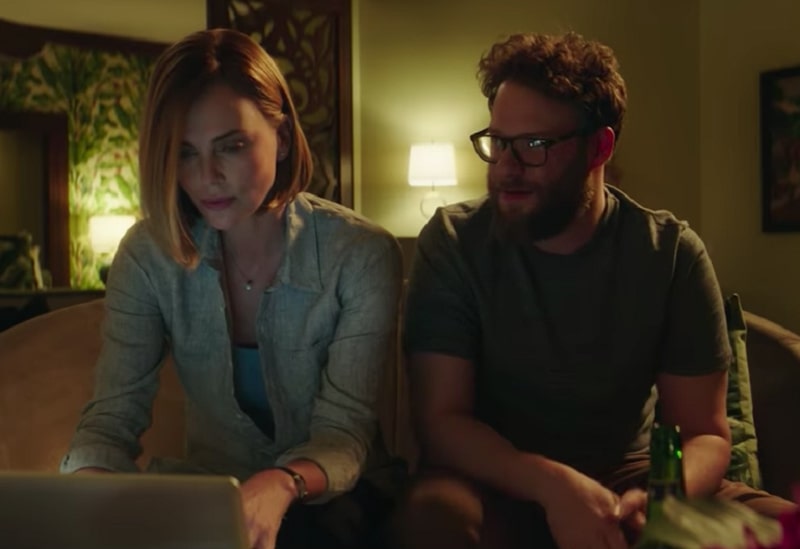 What did I tell you? You should never Google yourself.

This may be set in the world of US politics, but this isn’t a comedy in the same realm as VEEP. This is about as traditional a rom-com as you can possibly get, which is no bad thing.

There are some genuinely funny moments, which is become a rarer commodity with every passing so-called comedy. It could have been funnier however if it wasn’t for the limitations of leading man Rogen. He’s made a career from his two dimensional, affable stoner shtick, which is all well and good until the role commands more, which he just cannot give. He’s not helped by a running time that just sees him plunge further out of his depth with every passing minute.

He’s saved, in part, by a compelling Theron, who shows just how strong and versatile an actress she is by almost managing to sell the notion of her and Rogen as a couple. Almost. She also has a few scenes where she shows a great instinct for comedy and steals the show.

Considering director Jonathan Levine’s last film was the dire Snatched, he’s come a little way at redeeming himself. It certainly doesn’t hurt by also including classic tunes by Cameo and The Cure.

With a more rounded, versatile comedy actor in the male lead, Long Shot had the potential to be a far more rewarding experience than it is. As it stands though, there are some strong laughs to be had, increasing its odds of being highly watchable.