Much like films about superheroes are currently dominated by the likes of Disney (Marvel) and Warner Bros. (DC), driving flicks that are currently in pole position with audiences across the globe are those from the Fast & Furious franchise.

But it if it took a moment to glance in its rear view mirror, it may just spot this exciting French film, pulling off a few nice moves of its own behind it. 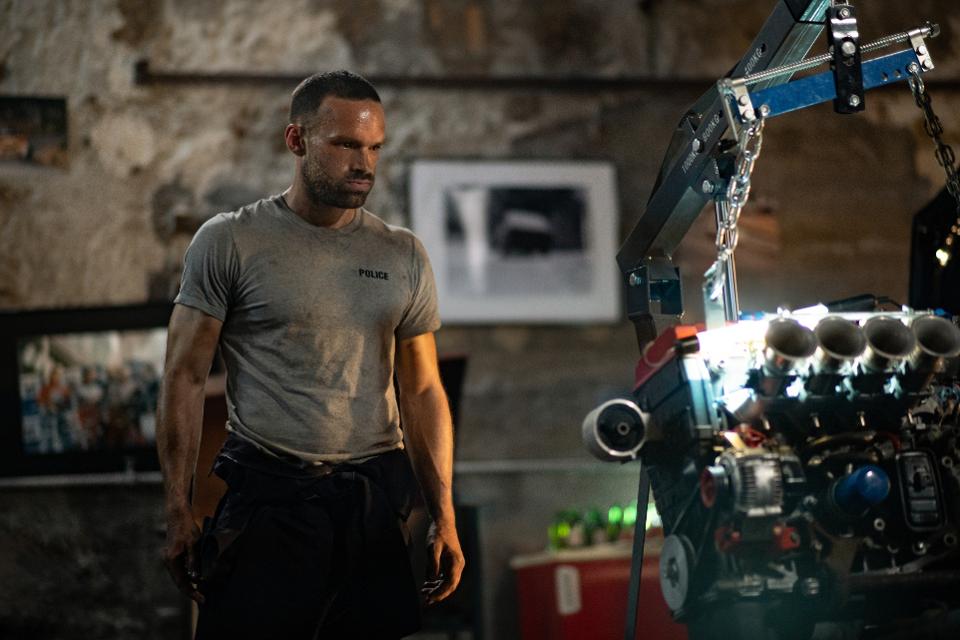 It looked like it was turning out to be more than just adding oil for its latest MOT.

After an audacious jewellery heist goes wrong, its mastermind Lino (Alban Lenoir) finds himself behind bars. Charas (Ramzy Bedia), a cop, can’t help but admire his talents however, and pulls some strings so that he can get released daily to work on his police vehicles, that he wants souped up so they can compete with the drug criminals in the faster cars.

Lino is grateful to Charas, for giving him the opportunity to work on something he’s passionate about – cars. But when Charas is taken out of the picture, all fingers point to Lino, as he’s the current felon in the bunch. Although Lino knows who did do it, he manages to get away, but instead of running to save his own skin, he’s keen on bringing those trying to frame him to justice.

Mr Magoo claims he didn't see any vehicle in front of him at the time of the accident.

Making his feature debut here is French director Guillaume Pierret, with a film that has an enjoyably retro feel about it. It’s part eighties action flick, and part driving film, similar to the 1998 French classic Taxi, written by a certain Luc Besson.

It may be somewhat old fashioned and old school, particularly as many of the impressive driving sequences appear to be shot in camera, and relatively CGI-lite, but it only adds to the energy and excitement that comes with it.

The script, written by Pierret, isn’t exactly sophisticated nor original, but it does all it needs to do in terms of getting the characters from A-B, where the good stuff happens.

Occasionally it feels as if it should plump for one camp or the other, as the balance between the impressive fighting sequences and the driving scenes, are a little off kilter, but that shouldn’t detract from the fact that overall it’s a fun and zippy debut.