Who is Mila Kunis? It’s a name that is instantly recognisable, and yet hasn’t been one to headline any memorable films to date.

That’s not a criticism; not every actor can be an A-lister after all, but Kunis always ends up seemingly the bridesmaid, and never the bride whose name is on everyone’s lips.

That’s not to say she isn’t known; she starred in the US comedy show That 70’s Show, alongside her now husband Ashton Kutcher, which is also making a comeback as That 90’s Show, as well as supplying the voice to Meg in the hit Family Guy, and a solid turn in a supporting role in 2010’s Black swan.

This is a role then that could certainly help change that perception of the flower catching bridesmaid, in what is a seriously weighty drama, based on a novel of the same name. 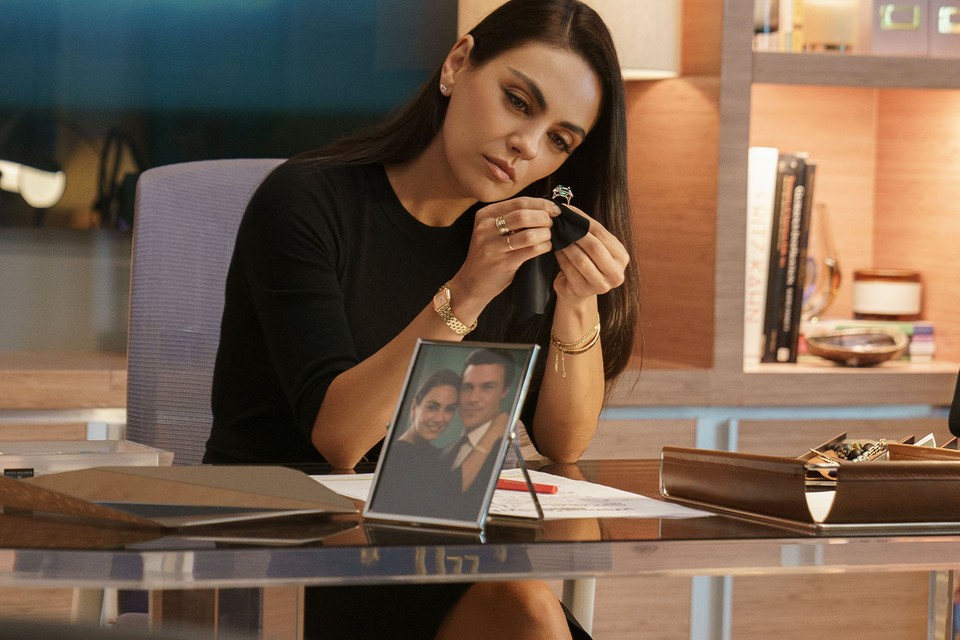 Now I wonder how much this will go for on Antiques Roadshow?...

Only six weeks from her wedding day is Ani Fanelli. She’s a writer for the Woman’s Bible in NYC, and about to marry into a wealthy family by hooking up with Luke (Finn Wittrock).

She’s a little nervous, as expected, but there’s more going on under the surface. It gets a little closer to being exposed when she’s approached by a filmmaker, who is making a documentary about a tragic event that took place in her high school.

But being reminded of what took place, only takes her to an even darker place for her personally, that happened earlier, which she has forever since felt guilt and shame over.

With the approach to contribute to the documentary, which would force her to face her past head on, and all the pressure of the wedding, everything is coming to head, and it feels as if something’s going to have to give. 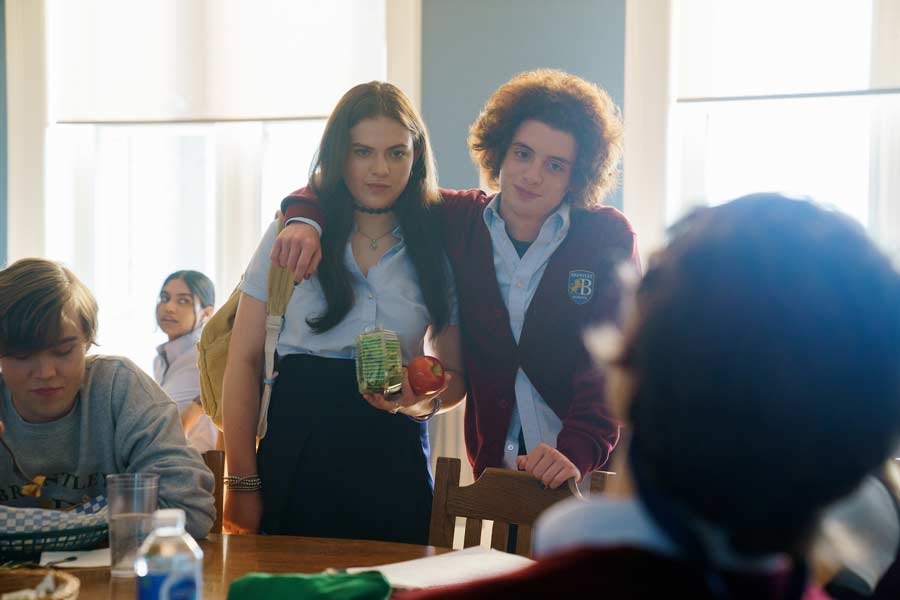 So I've got this apple and snacks in exchange for that smug look on your face.

British director Mike Barker has been on some hiatus from directing film, with his last feature being 2007’s Butterfly on a Wheel starring Pierce Brosnan. Since then, he’s been directing a number of episodes of various TV dramas, including Broadchurch, Fargo and The Handmaid’s Tale.

His return to film is quite a tricky one; not only does it have a number of serious issues to deal with, but it does so by having to flashback back and forth from present day (well, 2015) to the past.

At first it isn’t even clear what type of film it is, alluding that it may be some kind of revenge slasher flick for about the first half hour or so, with Kunis’ character almost coming across as a female version of American Psycho.

Finally the nitty gritty of the story unfolds, developing into quite a serious drama involving rape and murder.

The film relies heavily on the flashbacks, which are brutal, which finds young Ani – played impressively by Chiara Aurelia, who gives her all – trying to integrate as a student on a scholarship into a wealthy school. The events that take place there are haunting, and are the most powerful elements of the film.

It’s disappointing that the present day story doesn’t quite gel. Kunis is dressed impeccably, living the dream as part of a trendy editorial team, with a female editor, played by Jennifer Beals, who gets her and loves her work. Often during these scenes it comes across as almost a homage to Sex and the City, and having very little relevance to the flashbacks. To make up for it, present day Ani occasionally flips, just to remind the audience that she really hasn’t forgotten what happened to her in the past, honest. It’s definitely out of sync with the flashbacks, and you can genuinely feel it attempting to claw its way back into synchronicity, emotionally at least, which proves to be a real struggle.

Taking nothing away from Kunis, but the film would have been far more powerful without her and her present day scenario, which just holds the flashback story back, which is the far more riveting out of the two. It’s a strong performance, and yet just feels somewhat out of place in the context of the story.

To that end, it doesn’t do Kunis any favours in terms of future roles, as it’s unlikely she’s going to get inundated with starring roles off the back of this, not necessarily for her performance, but for what is a clunky script in places.

The real stars however, are the young cast in the flashbacks, with Aurelia being the real headline act, with her rich, emotional contribution being the only reason to watch it.

It’s a film that suffers from being bi-polar then, and with a number of difficult issues and scenes, it’s a little heavy going, with sadly little in the way of reward.