It’s difficult to ever imagine Harry Dean Stanton as a young man. During his long film career, he always appeared to have a well-worn face on a spindly frame. Just to look at him you could tell that he had lived a life or three, and certainly had the kind of stories that would have you hanging on every word.

He died last year, at the impressive age of 91, and Lucky was to be his final starring role. 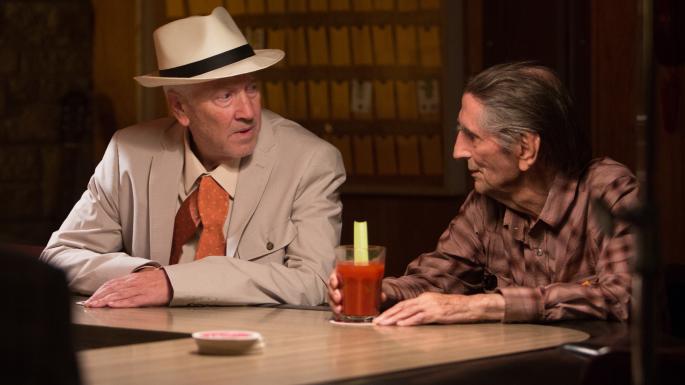 You really think you can use that celery stick as a straw?

Lucky (Stanton) is a man of many routines, and at the age of 90, he’s allowed to be. He likes to smoke, do crosswords in his local diner, watch quiz shows on TV, chat to the woman who works in his local store, and have a few drinks with pals in a local bar.

Whilst at home one day, he has a fall, which he can’t explain why. Apparently he’s not the only one, for after visiting his doctor, Christian (Ed Begley Jr.), he can’t explain why he fell either, offering one non medical reason – he’s just plain old.

Suddenly he gets a wave of angst regarding his own mortality, realising that he probably doesn’t have that much time left. 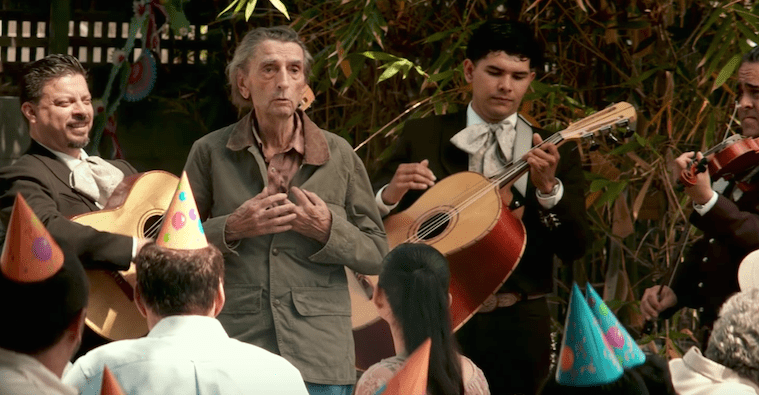 "In my imagination, there is no complication, I dream about you all the time...

Lucky is remarkable on two fronts: the first is that it’s helmed by actor John Carroll Lynch making his directorial debut’ the second is the magnetic performance given by its leading man.

Simply put, Stanton couldn’t have signed off from his professional acting career any better than this. Lucky is a wily old fella, who doesn’t suffer fools gladly, and who isn’t opposed to being confrontational in his old age either. And although these are standard, clichéd traits for such a character, Stanton goes the extra mile in digging deeper. For example, somewhat unexpectedly, he brings bittersweet beauty, as well as possibly a tear or two, from simply singing in Spanish.

Lynch does a swell job, particularly as this is his first time behind the camera, and surrounds Stanton with top notch support, including Ron Livingston, Tom Skerrit, James Darren (from the classic sixties TV series The Time Tunnel and fellow director David Lynch, making a welcome appearance in front of camera.

The director also doesn’t rush things; it’s a simple story, well told. Much of the time though, all he has to do is pretty much what the audience does, and that’s sit back and watch Stanton do his thing.

Lucky is a role that Harry Dean Stanton was born to play, and his superbly nuanced performance is something that he, and all those that loved him, can be deeply proud of.

Stanton was a one of a kind actor, and this film encapsulates the very reasons why he was always so watchable.