It would be churlish to berate all re-makes. After all, the classic 1960's western that director Antoine Fuqua has remade here, is a remake of Akira Kurosawa's classic Seven Samurai from 1954. Proof then that when done properly, a remake can be justified. Just not here.

Fuqua, whose 2001 film Training Day, starring two of his number here - Denzel Washington and Ethan Hawke - is a true, modern classic. Since then however, he's struggled with producing films of the same high quality. This is probably his poorest effort to date.

It's 1879 and the small town of Rose Creek is struggling to cope with dastardly mining tycoon Bart Bogue (Peter Sarsgaard). He wants the town to pretty much move out, so he can take over. When they put up resistance, he shoots a number of them just to make sure they get the message. 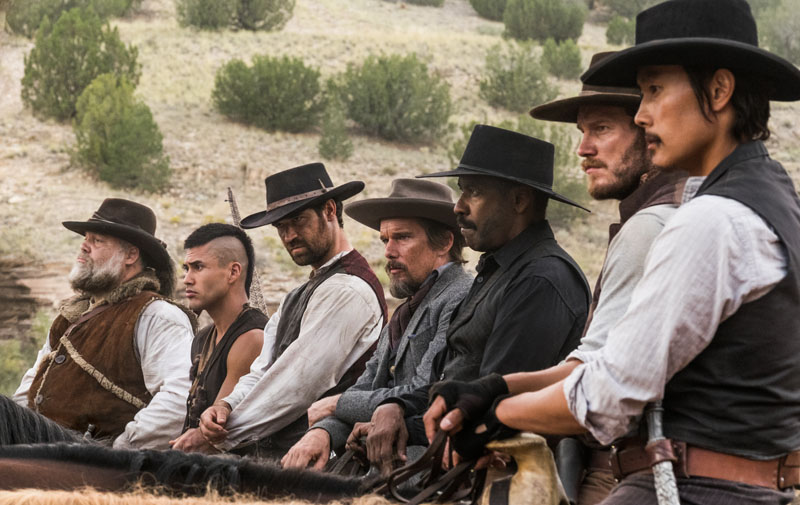 It wasn't until filming that the cast all thought the same us everyone else - why were they doing this?

Miffed that he's trying to take over their town, local Emma (Haley Bennett) decides to use all the savings she has on gun for hire Chisolm (Washington). Knowing that he can't take on all of Bogue and his crew alone, he goes about recruiting a bunch of gun(and knife)-toting misfits, in an audacious bid to save the town from impending doom.

Fuqua doesn't stray far from the original premise of the film. That's not necessarily his biggest fault; that would have to be his refusal to bring anything new to this shootin', tootin' party. His version lacks charm, humour, excitement, energy, pace, and thrills. Oh and a decent soundtrack. What's left is akin to sitting through a filmed version of one of those cowboy stunt displays at a Universal Studios tour, with Denzel Washington in it, atop a horse. 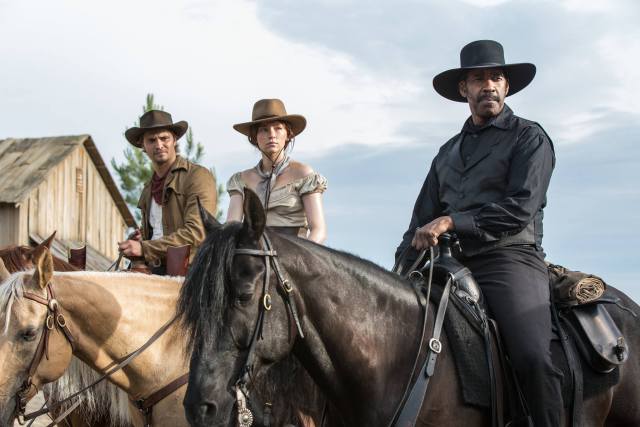 Did you see it? Disappearing into the distance? That was my career...

And where the original had a superb cast - including Yul Brynner, Steve McQueen, Charles Bronson, Robert Vaughn, Eli Wallach and James Coburn - this version has not only far less recognisable faces, but less talented too.

The fact is, is that there is not one but two magnificent versions of this film that already exist, so why Fuqua thought that the world really, really needed another one, is a true mystery. Worse is that he made one that would look disappointing even as a made-for-TV effort, never mind this big screen guff.

If ever a film idea needed an immediate bullet to the head, it was this one.