The Man with the Iron Heart

It's hard to believe that back in the day, films about Nazis were as popular as superhero ones are today. Fewer sequels, granted - unless you count WW2 of course - and less Lycra for the most part, the war genre was pretty prolific .

Instead of being an all out war film, French director Cédric Jimenez focuses his attention on one man, and his rise to fame within the Nazi party.

Before he met his wife Lina (Rosamund Pike), Reinhard Heydrich (Jason Clarke) lacked direction as far as his military career was concerned. He wasn't helped by his dalliance with another woman, which was frowned upon by some members of the military. With Lina by his side however, Reinhard began to gain a reputation within the party. So much so that none other than Hitler gave him the moniker of the man with the iron heart. 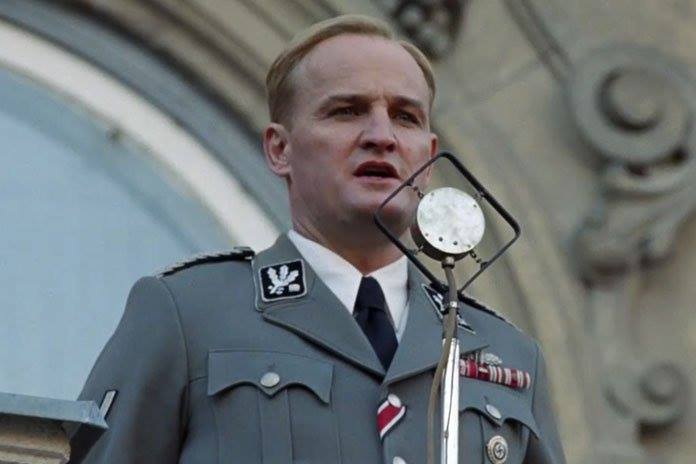 Next up on stage, the band you've all been waiting for...Steps!

His rise to infamy was mainly due to his conviction for the genocide of all Jews. This did not go unnoticed by the allies; the Czech resistance charged two of their recruits Jan (Jack O'Connell) and Jozef (Jack Reynor) with the task of assassinating him. But trying to take down the acting Reich Protector is easier said than done.

Jimenez pretty much splits his story in half: the first concentrating on the rise of Reinhard, and the relationship with his wife; and the second on the small group of resistance members out to bring him down.

The first half paints a vivid, dark picture of the type of man he becomes; not only does he distance himself from his wife, but to all intent and purposes, humanity itself. Despite the many atrocities of this period being well documented, the film still manages to capture the evil of it all, making it both haunting and chilling. 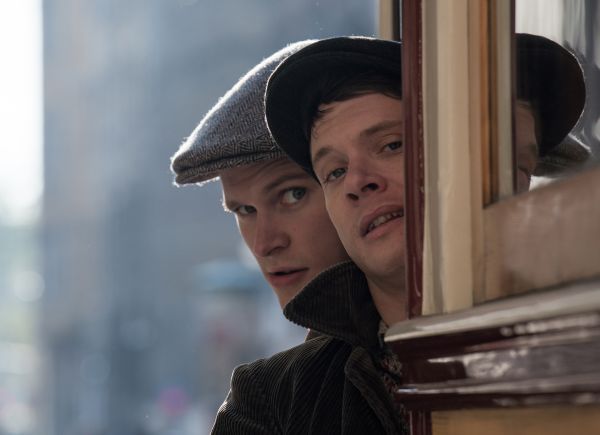 Even with two heads no-one is going to notice us!

The second part is more akin to a classic war film, with its young protagonists embarking on an almost impossible mission. The tempo is quicker and the film finally has some characters the audience can root for. Which is well needed after the bleakness that comes with the first half.

It's unfortunate then that the two halves don't mirror up entirely well. Because of the imbalance, it makes the film a tad top heavy, despite some strong performances from both Clarke and Pike. Still, Jimenez had to allow Clarke to deliver a cold and calculating character as also being human, so as to avoid almost becoming a grotesque caricature, which wouldn't have done history any justice whatsoever.

Still, despite being a little incohesive, The Man with the Iron Heart still manages to tell a truly despicable story well.