Mark Felt: the Man Who Brought Down the White House

Let’s face it, the problem with history is, there’s just so much of it. Thank God for films then, without which, many of us would have the brain of a certain US president.

In the early seventies, Robert Redford and Dustin Hoffman helped bring down the political administration in the US, in a film called All the President’s Men. OK, they didn’t personally, but the real life characters they portrayed did. The infamous scandal was known as Watergate.

This is the same story, but rather interestingly, told from a different perspective, from the man who got the whole scandal ball rolling: Mark Felt. 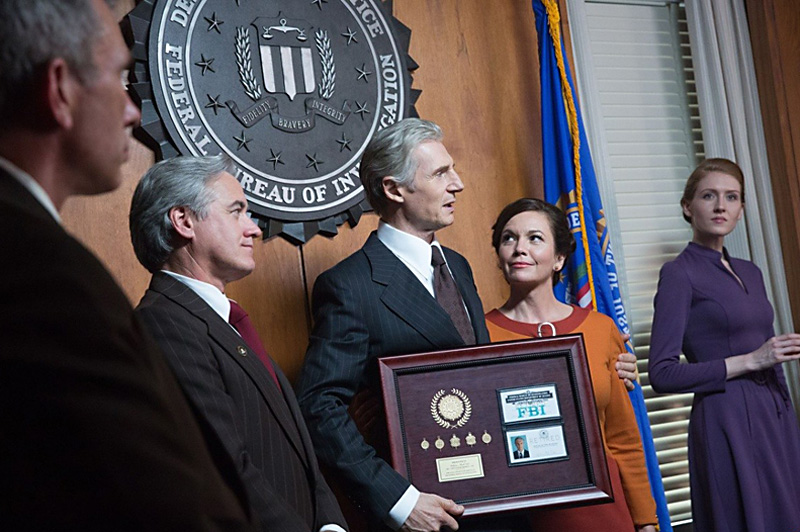 I graciously accept the FBI award for my 50 metre swim.

In 1972 Mark Felt (Liam Neeson) was the Deputy Assistant Director of the FBI, answering only to one man, the formidable J. Edgar Hoover.

When Hoover dies, it seems that the obvious successor would be Felt, who had, after all, devoted 30 years of his life to the bureau. But the president at the time, Richard Nixon, has other plans, hiring instead someone with no background in the FBI, L. Patrick Gray (Marton Csokas).

This appointment doesn’t go down at all well with Felt, who was urged to resign by his wife Audrey (Diane Lane), but decided to stay on until the bureau was in safe hands.

Nixon wants to get rid of Felt, but as he knows where all the bodies are buried - literally, it’s easier said than done. Besides, when a scandal breaks out – which accuses Nixon of being in the middle of it – the president finds that he has bigger fish to fry. The press are being told sensitive material that only a handful of men know. But who is spilling the political beans? 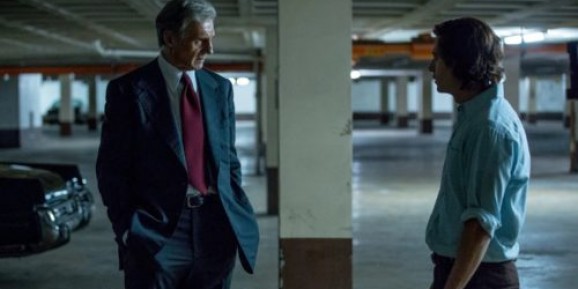 Hang on, you're not blonde, big-boobed or have a curvy black ass?!

Director Peter Landesman, who also wrote the film, hasn’t made it easy for himself, covering an event in US history that was so elegantly told in All the President’s Men. He does have an ace up his sleeve however, that Pakula’s 1976 film didn’t and couldn’t cover, and that’s the identity of the whistleblower known as Deep Throat. The reason being that his identity wasn’t revealed until 2005.

Neeson does well, returning to some proper acting for a while, taking a break from his new status as aging action hero. It takes him some time to find his feet; in one scene he comes across as scarily threatening, looking as if he’ll grab the person he’s talking to and smash their head into the desk until it’s mushy.

He also can’t disguise his Irish accent, despite Felt hailing from Idaho, sounding as if he’s going to give his “I will find you” speech from Taken at any moment. He grows into the character the deeper into the film however, as he’s no doubt constantly reminded that he doesn’t have to break any bones in this one.

Landseman does well on the directing front, considering this is only his third time behind the camera, but he’s no William Goldman, who won an Oscar – quite rightly – for writing the screenplay to All the President’s Men, and helped to cement it as the classic it is. By comparison, Landesman’s script is dull and a heavy-handed, lacking any real rhythm or creativity.

So if you want to know what Watergate was all about, don’t bother reading a book, just watch All the President’s Men. This film though, complements it well, almost in an unofficial sequel capacity, offering that bit more of this fascinating story.