Despite their respective success as actors, neither Jennifer Lopez nor Owen Wilson have really pushed their careers. Admittedly J-Lo has done well in her other field as a singer, but neither have really shown the need to be in the limelight, playing leading roles film after film.

They come together here though, to share said light of lime, playing a couple who fall in love under unusual circumstances. 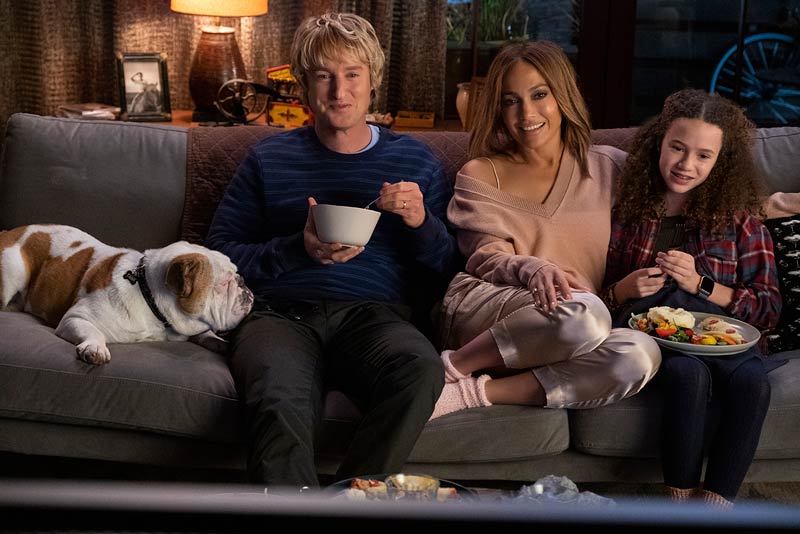 Few experience the kind of fame that singer Kat (Lopez) is used to. She has a legion of fans that looks like it’s going to grow even further with the impending coupling with fellow singer Bastian (Maluma). In fact to prove their love, they intend to sing their song “Marry Me” on stage, in front of a global audience of 20 million, and then get married.

That was the plan at any rate, until Bastian gets himself into some hot water when a damaging story leaks. Kat learns of his antics just before going on stage, but decides to go on anyway, being the consummate professional.

In the audience is Charlie (Wilson), a maths teacher who has been dragged along to the gig by Parker (Sarah Silverman), a co-worker and friend. At one point Charlie is handed a large sign, with the words “Marry me” written on it. Little does he realise that it’s going to change not only his life, but also Kat’s, in a way that no-one saw coming. 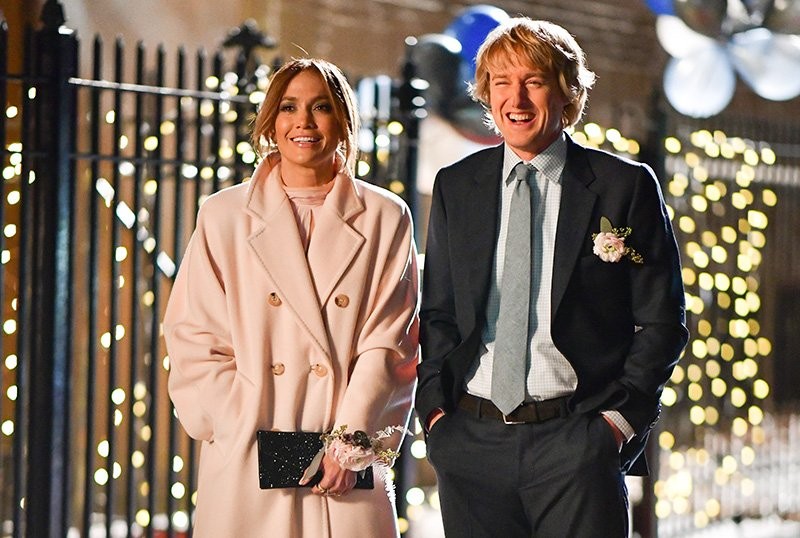 Considering their talent, this rom-com feels like a peculiar project for the pair. That’s not to say that either wouldn’t suit a rom-com, individually at least, but together they’re probably considered an unlikely paring.

They aren’t helped by what is an absurd and mushy script; it’s a poor derivative of a Richard Curtis film, specifically Notting Hill, which is all about a huge star falling in love with a lowly bookshop owner. So original it is not.

However its saving grace, of sorts, is its performances; there is something undeniably charming about Lopez and Wilson together, and although the film follows a conventional narrative, the pair have a warm and sweet on-screen chemistry that makes it difficult not to fall for.

It’s clearly not their best work, but sometimes you just have to give in and quietly enjoy the sappy nature of the film and all that comes with being a rom-com, and just like confetti, let the nonsense wash over you.