It’s official, our world is doomed. We’ve been buggering it up royally for some time now, without a care in the world, until eventually all that will be left is a dried up, dusty husk.

So as is the way of the human race, instead of addressing the problem, we’re looking to colonise another planet and do the same to that. And the winner appears to be...Mars – congrats!

This charming puzzle game then, could be seen as more of a tutorial than anything else, as it foretells the colonisation of the red planet from day one, in an attempt to finally have life on Mars. 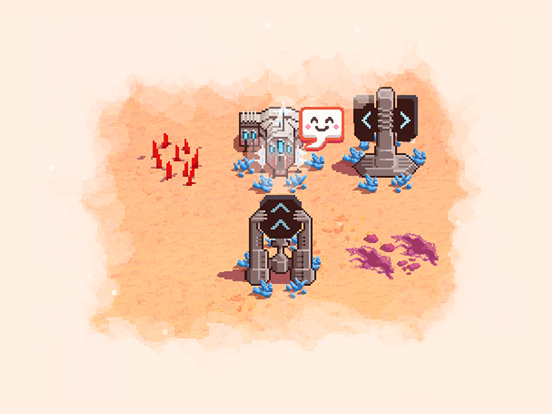 Hmmmmm I love crumpets me.

You would think that having to get everything prepared for the arrival of human kind would be quite hectic, but no. With no time limits, or dying colonists to mourn, you can take your sweet time working out the problems in front of you. If you get it wrong, no worries, as you won’t be penalised.

If you think this makes it easier to play through however, think again. It appears whomever sent you up there to get all the work done, forgot about including a manual of any sort. The game doesn’t even have any kind of introduction, just giving you the tools to get on with it from the off.

Not only that, it neither gives a name to the limited supplies that you’re given, or even an indication of what any of them do. So much of your success, certainly in the early stages at least, will rely on trial and error. 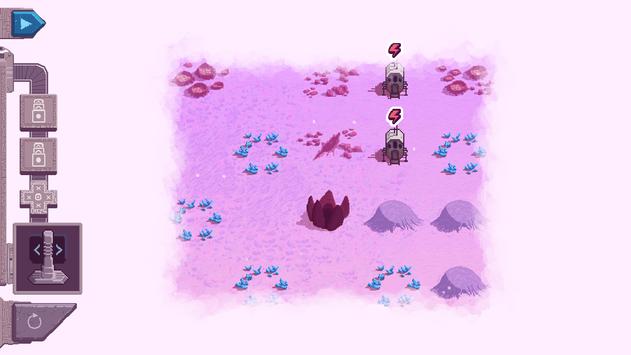 So you haven't got a signal for Freeview over at yours either?

Graphically, the game is hardly a looker. For one, the main playing area is a fixed grid system of four by five, taking up a small amount of real estate on your screen. And although the equipment has an interesting retro charm about it, they’re not particularly detailed either.

But possibly like the real thing, it’s only when you scratch beneath the surface of the game, it comes alive.

After admittedly simply moving pieces around to provide necessary power, and with only a few places to initially place them, you start to understand the method behind the madness. You start to see patterns emerging, and curiously understand what they do and how to progress. Although a new civilisation my well be in your hands, there’s absolutely no pressure; if a piece doesn’t fit, hit the B button and place it elsewhere; not sure if you’ve cocked it up along the way, then just keep pressing B until you’re back at the start.

It’s a puzzle game where you just don’t get to tear your hair out. This relaxed attitude is made even more so by the trippy, spaced-out, synth-tastic soundtrack that tickles your ears until you’re in an extremely docile state.

Although the game is again much like the planet itself – devoid of any atmosphere – it doesn’t feel a huge loss; perhaps it would have been nice to see some effort injected into the game, to give it a little space sparkle, even if it were to see some humans chuffed with your progress; but at the same time, the game allows you to form your own narrative, which in some ways is more rewarding.

It may initially come across as a stripped back, low-tech, puzzler, but the more you play it, the more Mars Power Industries shows you that perhaps Mars is really where it’s at. So relax, put your feet up and take your time in building a better tomorrow.