Why is it that musical films are so terribly wrong?

That out of the blue a character will burst into song.

Recalling their day in a lyrical fashion,

makes so little sense and is completely irration-al.

Turning life into song should be considered a crime.

It makes for no reason, and too much hideous rhyme.

And that should be all that’s needed to prove that musicals – in film at least – should be banned. Yes, there are exceptions, most notably 1978’s Grease, as to why, well, we won’t tell you more, tell you more, except for this: it’s the word.

Thankfully, it’s a genre that will never fully take centre stage, as it once did, but it does occasionally waltz in from the wings, as it does here in the frilly shape of a sequel to a true Disney classic. 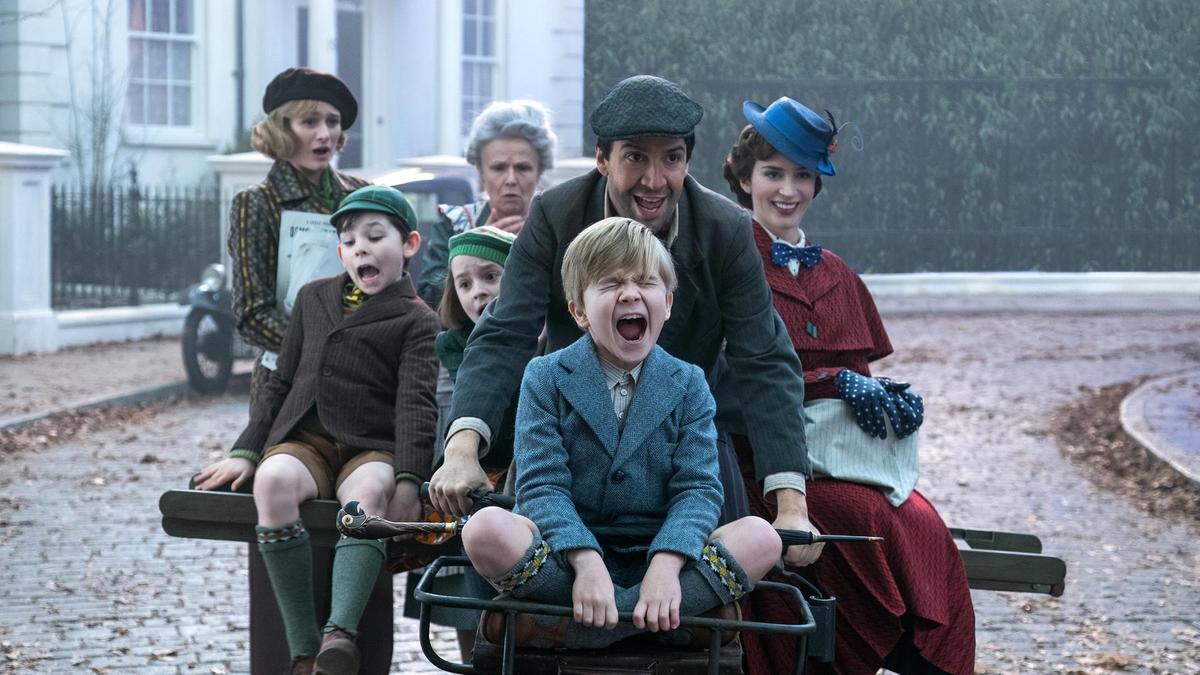 Do you think it's safe for them to go off with a stranger wearing a flat cap?

You would have thought the property would have been paid off by now, but Michael, now on his own since his wife died, is left to pay all the bills, and he’s struggling. It’s so bad that, after missing three repayments on a loan he took out with the bank, they have given him five days to pay back the entire loan, or they’ll repossess the house.

But just as he is at his lowest, an old familiar face makes yet another grand entrance – Mary Poppins (Emily Blunt). And just as she did when he was under her charge, Poppins takes over the care of his own children, introducing them to an whole new world; one that just might help the family from being kicked out onto the cobbles. 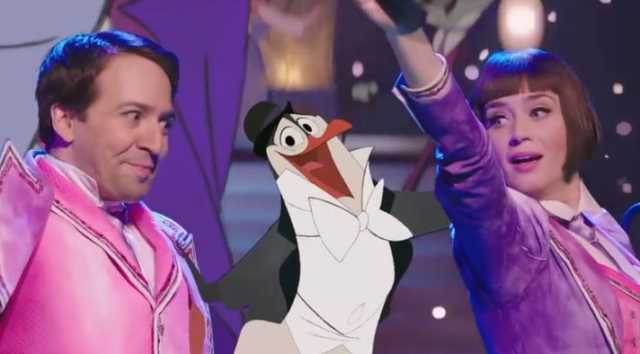 Hmmm, you're a lot hotter than I remember. We should grab a bite after this. You like fish?

With the original film released in 1964, Ms Poppins has certainly taken her sweet time coming back. It’s a curious return though, and the one thing it isn’t is a reboot. Yes it’s a sequel, but it’s essentially also a remake. A peculiar woman, describing herself as a nanny, swoops in and takes a bunch of children on an adventure they shouldn’t forget.

Director Rob Marshall is not only fully aware of the similarities of the two versions, he plays up to them throughout. The entire fabric of the film is traditional in tone, paying homage to the original at the turn of every street corner.

The one stand out sequence features the children and Mary in a fully animated world; but instead of making it a 21st century marvel in technology, Marshall keeps it very old skool indeed, with a flat, 2D rendering that is oozing with charm.

And then you have the music; a seamless extension of the original soundtrack flowing throughout. And although they all very cheery, there’s no instant classics, like A Spoonful of Sugar and Chim Chim Cheree, to leave you humming days after viewing.

An excellent casting call was that of Lin-Manuel Miranda; the star and creator of the Broadway smash Hamilton makes the perfect replacement for the original’s Bert, played by Dick Van Dyke, as cheeky lamplighter Jack, who much like his fellow ‘cockney’ predecessor, has a quite curious London accent.

On paper, the marvellous Emily Blunt seems the only logical choice to play the titular character. And physically at least, she epitomizes Poppins completely. Personality wise however, she does quite often come across as a bit of a cold fish.

Another issue is that although the traditional angle is undoubtedly charming, it’s not terribly relatable to today’s young audiences, who only communicate through emojis and Snapchat. With a soundtrack that is far too sophisticated compared to the likes of Baby Shark, and a scenario that could quite rightly be deemed old fashioned, it’s difficult to see how this sequel fits in with current trends.

As a project, it was always going to have big shoes to fill, so it’s no real surprise that it’s not a perfect fit.

If you have a song in your heart for the original, there’s every chance you may have a bar or two leftover for this, but it will be nothing more than that. This twee outing is enjoyable enough, but by no means Super-cali-fragil-istic-expi-ali-docious.