Cinema has been fascinated with stories of monsters since its inception. One perennial favourite that can often be found on the big screen, spreading fear throughout its audiences, is of course Frankenstein and his home-made creature.

The story has clearly inspired monsters on screen through every generation of filmmakers, from all versions of The Thing, Alien and Predator, to the likes of Freddy Krueger, Jason Voorhees and not forgetting Ronald McDonald.

What’s hard to believe is that the original source material Frankenstein: or, the Modern Prometheus, was not only published in 1816, but was also the debut novel by its author Mary Shelley. And this is her story. 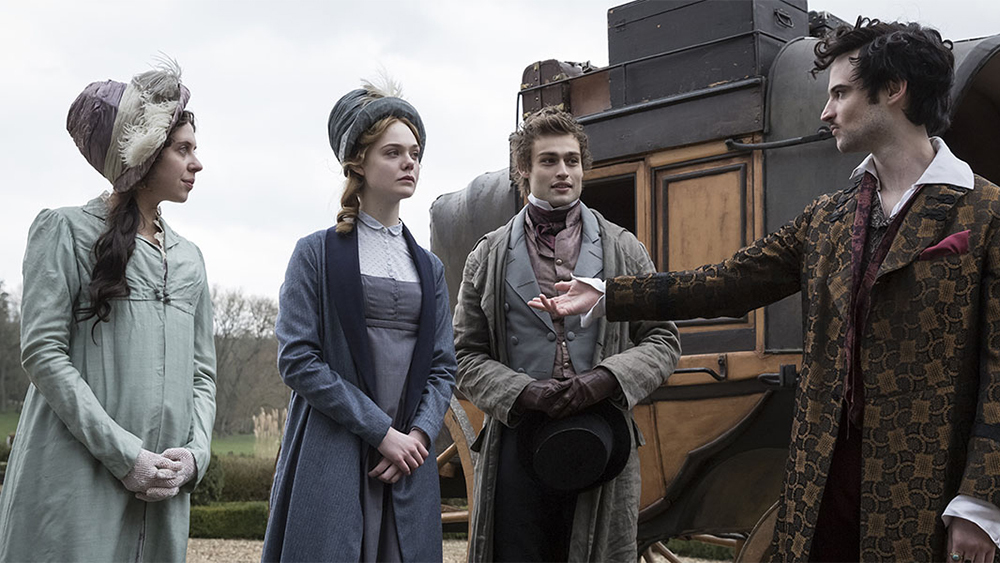 Young Mary Wollstonecraft Godwin (Elle Fanning), lives in London with her father William (Stephen Dillane), sister Claire (Bel Powley) and step-mother Mary Jane (Joanne Froggatt). Her relationship with Mary Jane is a difficult one, as there always appears to be tension in the air when they are together. It gets so bad that her step-mother declares that she’s had enough, forcing her father to send her away for a bit to cool things down. So off she goes to Scotland, where she stays with the nice Baxter family.

During her time there, she is introduced to a young poet, Percy Shelley (Douglas Booth). He is dashing to the extreme, and Mary soon falls for his poetic charms. When word reaches her that her sister is really quite ill, Mary is requested to return home asap. As it turns out, her sister isn’t as poorly as she made out, but at least Mary is back in the family fold.

One day, her father’s bookshop has an unexpected visitor – Shelley – who clearly couldn’t keep away from Mary any longer. They fall in love, but it’s a love full of obstacles, most of which are of Shelley’s own doing, that Mary has to contend with. A chaotic, contentious love that ultimately inspires her to write a timeless classic. 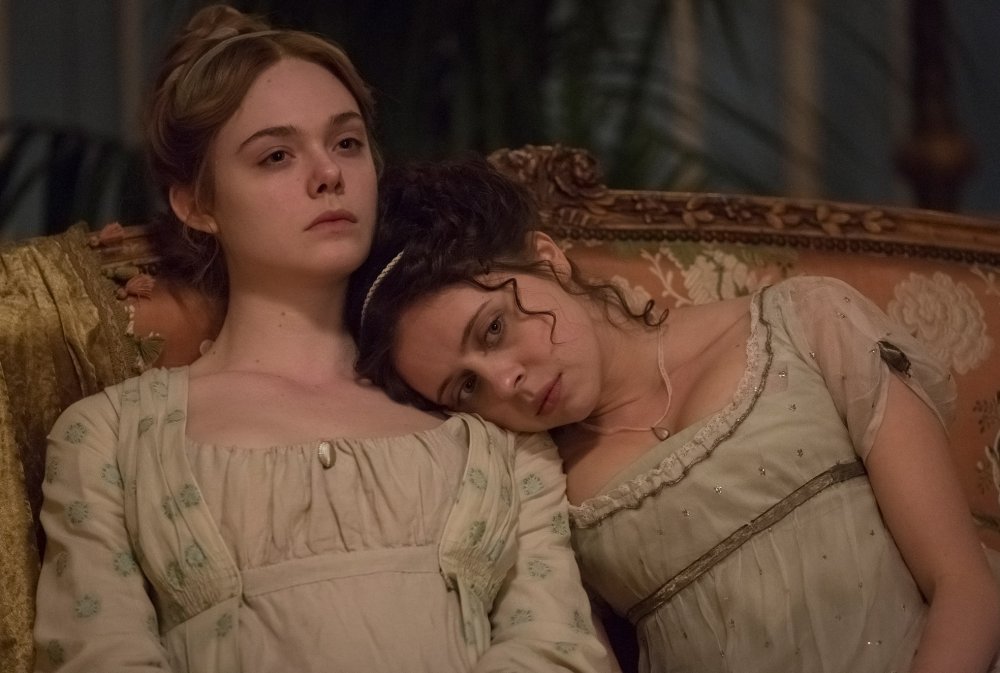 The pair soon discovered that being forced to watch Mrs brown's Boys was a punishment too far.

Although many might be familiar with the fact that Mary Shelley wrote Frankenstein, what might be more surprising is that she was only 18 when she started it. Director Haifaa Al-Mansour’s film offers a fascinating account of a remarkable young woman, writing at a time dominated by male writers, including her lover Shelley, and Lord Byron.

Fanning is faultless on every level, including her insanely good English accent, in the title role. She’s helped out admirably by her co-star Booth, wherein the pair bask in the sizzling chemistry they create on screen. It’s a relationship that suffers the brunt of dilemmas that still exist today, almost to the point of questioning what exactly defines a relationship.

Al-Mansour, who is of Saudi Arabian origin, impresses in what is not only her second feature, but also her first in English. Cinematically her palette is suitably retro, albeit perhaps a tad too brown. It may also be slightly on the long side at two hours long, and could have possibly benefitted from some further editing to help tighten up proceedings.

Where it shines is in a strong cast delivering performances brimming with emotions, and in Fanning in particular, conveying a sense of harnessing them within the pages of a ground-breaking read.

It will leave you with two things: what an incredible talent Mary Shelley was, and how monstrously challenging love can be.