We need to talk about Tilda Swinton. Despite having won an Oscar (for 2007’s Michael Clayton), and notching up nearly a hundred screen credits, the English actress is still somewhat of an anomaly.

Unlike many Brits, she isn’t the type to go seeking glory in Hollywood, hunting down prime lead roles. Instead she appears to be quite choosy about the roles she takes, often playing characters that satisfy her creative needs over anything else. And her role in this film is certainly a case in point. 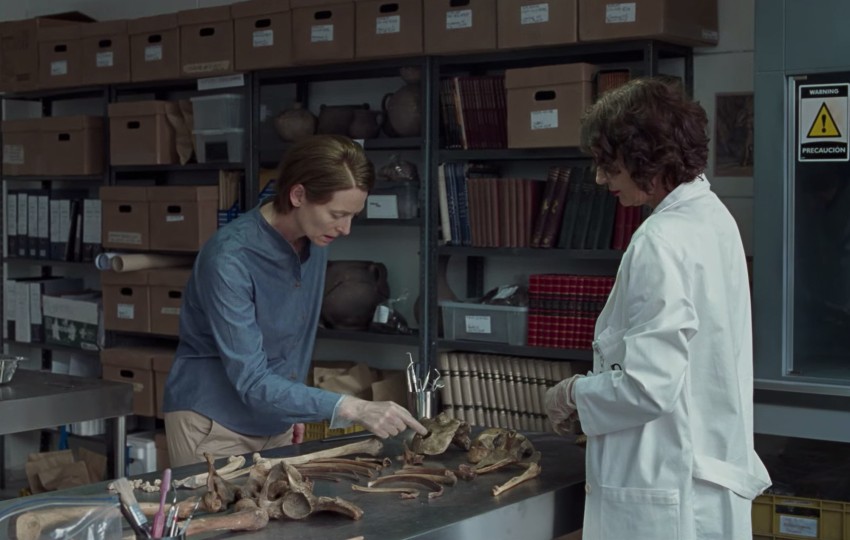 So what you're saying is, the knee bone is connected to the thigh bone?

Living and working in Medellin, Columbia is Brit Jessica (Swinton). She visits her sister Karen (Agnes Brekke) in the country’s capital, as she is in hospital with a mysterious ailment.

It’s whilst staying in Bogota that Jessica is woken from sleep by a peculiar noise that she just can’t place. To her it comes from something like a large, concrete sphere, with a metallic element to it. It’s a sound that she ends up hearing a lot of, but what is it, and does it mean anything? 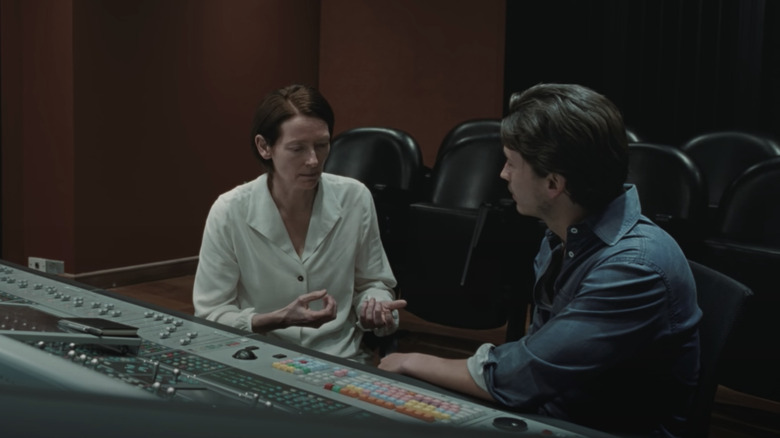 I want my sound to be a mix of Mr Blobby, Black Lace and Radiohead...

Memoria is your archetypal art house flick, which is obviously well and truly in Swinton’s wheelhouse. It’s a slow, meditative experience, with a stillness that often transcends film into photography; certainly the camera person never feels the need to actually move the camera, as it just captures whatever there is in front of it, often for longer periods than you would expect.

Thai director Apichatpong Weerasethakul isn’t one for explanations, instead often choosing to just go with a very slow flow. The story then, what there is of it, doesn’t make much sense, only reinforced by a quite bizarre finale. But if you’ve managed to make it thus far, it’s unlikely to throw you too much.

Swinton is in full indie mode, with her performance almost dominated by her physical reaction to the scenes around her, which are fairly subtle as it is, with neither her dialogue nor the script giving that much away. It’s suitably restrained, and certainly serves its purpose here.

There is a rare beauty to the film, which not only features some of the sumptuous landscapes of the country, but also comes across more as a cinematic poem than a narrative-driven film. That said, it’s a difficult film to actually enjoy, and maybe even understand, as it tip toes from being esoteric to pretentious on a regular basis.

No doubt that someone with Swinton’s artistic sensibility was drawn to this project, but you can’t help but wonder that perhaps filming in Columbia had even more to do with it.

There’s no denying the film has a memorable ending, rightly or wrongly, but the rest of what is a fairly long film as it is, filled with pregnant shots, is all too instantly forgettable.