For some, the incredible success that South Korean director Bong Joon-ho with his film Parasite attained, which not only won four Oscars, but became the first foreign language film to win Best Picture, may well be disappointing.

His global success now means that he is no longer that niche director that only they - and it has to be said Quentin Tarantino, who has long since been a glowing advocate for the director - know about.

They can no longer troll forums, blowing their cinematic trumpet, declaring the virtues of South Korean film in general, and Bong Joon-ho specifically, as if the two didn’t exist until they discovered them. Their loss is certainly the rest of the world’s gain as the South Korean director becomes mainstream.

Here then is a rare opportunity to catch only his second full-length release on the big screen, first released in 2003. 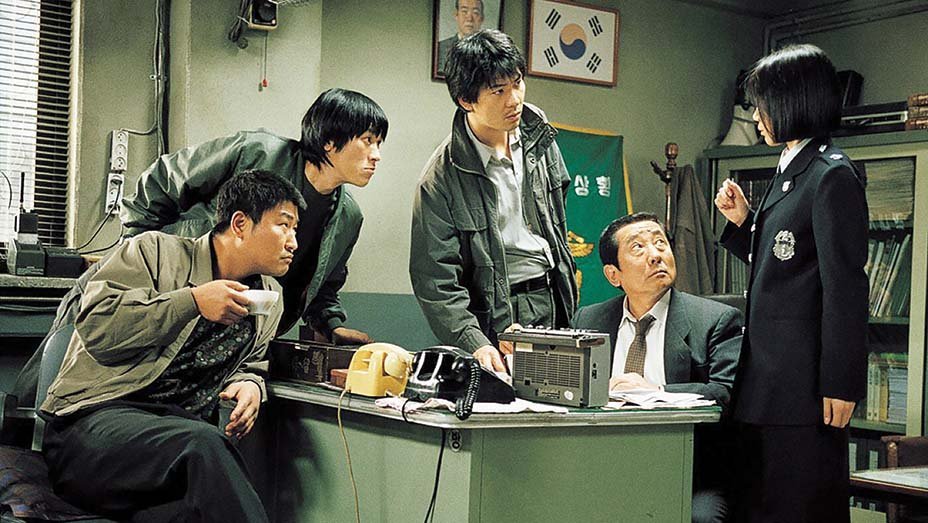 Why are you all staring? Didn't you get the memo about my operation?

1986, and a small town in South Korea is suddenly in the spotlight with the murders of two young women. Unfortunately the local police, with cop Park Doo-man (Song Kang-ho) leading the investigation, are struggling to cope with the media circus it creates.

Sent in from Seoul to help out is detective Seo Tae-yoon (Kim Sang-kyung). He’s not impressed with the methods the team resort to, and does his best to maintain the police code.

As time progresses however, and with the case proving more difficult than any of them could anticipate, all of the team’s professionalism begins to wear thin, as the killer continues to allude them. 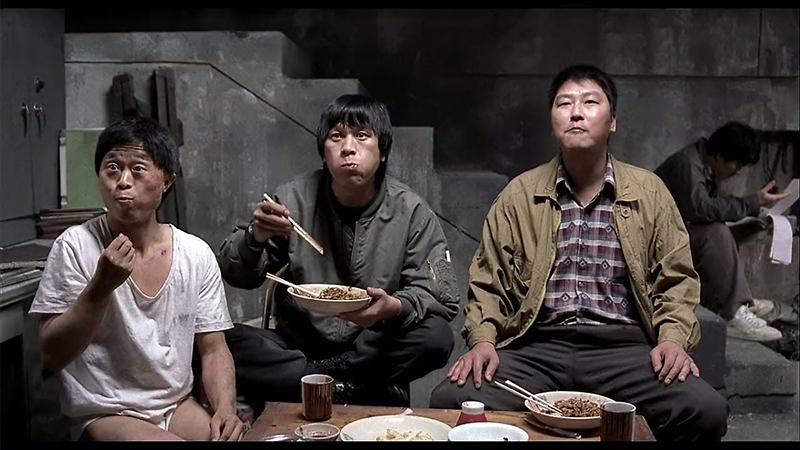 Based on a real event, Bong’s second feature deviates from the default narrative of a crime drama. The most obvious deviation is in the representation of the police team, which is surprisingly comical in places. Although unusual, with an almost slapstick feel in places, it certainly counteracts the weightiness of the crimes committed.

The film was the first collaboration between its director and Song, who went on to work together a further three times, including the recent, award-winning Parasite. It’s understandable why Bong has been keen to work with him on multiple occasions from this impressive performance. Song plays the flawed cop to perfection. His cop has the energy and attitude of a member of The Sweeney, with his need to get the case closed by any means necessary.

You an also see Bong finding his feet so early on in his career with this feature, with a number of interesting shots, with the most impressive being where he virtually forces the audience into choosing who the next victim will be.

He also likes to give his audience a dilemma by making them warm to characters who then go on to not only ignore police procedure but openly mock it.

It’s certainly an interesting take on the crime genre, concentrating as it does on the personalities at play, as it draws you into the darkness of the crimes committed and how the police cope with it professionally and emotionally.

It may be too late to say that you were there at the beginning of the Bong Joon-ho story, but this early film of his proves that it’s better late than never.