Despite not hitting it out of the park in terms of a monster movie hit, Kevin Hart is carving out quite the lucrative career in Hollywood. Currently his net worth is estimated to be around $450 million, which isn’t shabby at all.

Admittedly much of that has been made from his stand-up career, but it feels that his film work is building to something substantial. Sadly, this isn’t it. 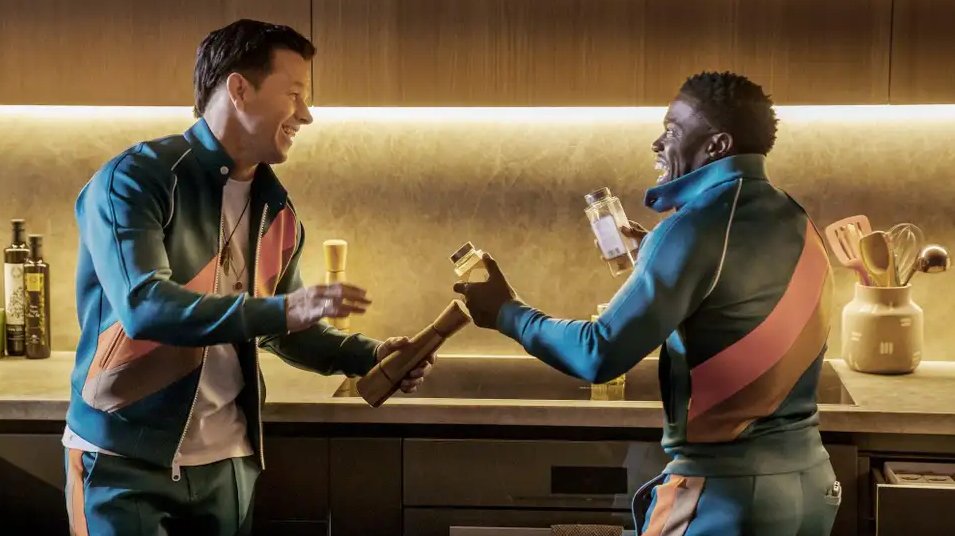 All right, so our own brand of peanut butter is a go!!!

Anyone who has run a family household knows how much work it takes, and no one knows like Sonny (Kevin Hart); with his wife Maya (Regina Hall) a successful architect, Sonny has taken on the role as the stay at home dad, looking after their two children. This also involves him being a member of the school’s PTA, organising the talent show. All in all, a busy man.

He devotes so much time to his family, that he doesn’t have time to be as sociable with his friends as he used to be. He’s had Huck (Mark wahlberg) as his best friend since school, but he’s struggled to attend his big birthday blow-outs for the last few years now.

But when his wife decides to spend some quality time with their kids, allowing Sonny some much needed time of his own, she suggests that Huck’s upcoming 44th birthday would be the perfect time to hang with his bud.

Sonny agrees, but when he finds himself in the middle of the desert, with Huck’s party resembling a budget version of Burning Man, he’s not sure if this is exactly what he meant by ‘me time’. 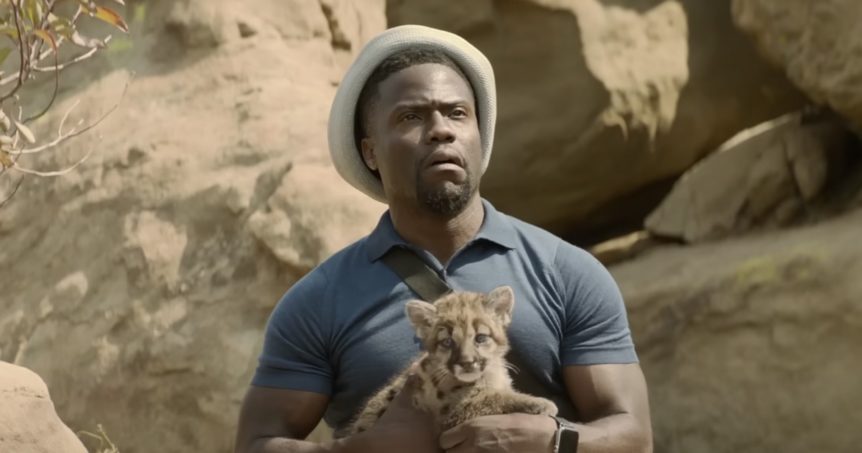 Buddy movies have been a staple diet for Hollywood for generations, going back to the days of Laurel & Hardy. Those days of loyalty are long gone now, with talent willing to hook up with any other star in the hope of creating chemistry. And this is the first area where this film fails. There’s no denying Hart’s comedic credentials, but Wahlberg less so. He’s had an impressive career in film, made more so by the fact that he’s not a terribly good actor. That may sound unfair, but you know what you get with Wahlberg, and that’s no bad thing. And as he displays here, he’s not the best comic foil.

To his credit though, he’s not at fault in this case, the script is. It’s written and directed by John Hamburg, who’s previous work has hardly set the world on fire, with possibly only 2004’s Along Came Polly the one highlight. He was obviously in the mood to write something The Hangover-esque, and has pretty much produced a very poor man’s version of that - a broke man to be more precise. It features guys out to have a good time, but things don’t go to plan. There’s even interaction with a wild animal thrown in for good measure.

It’s not only not terribly original, it feels painfully dated. It’s the type of film that has a musical score that has to play underneath a large number of scenes, just to punctuate the fact that it’s supposed to be funny. It’s not, and the bouncy music bed is just annoying.

To be fair, it has its moments, mainly with Hart delivering some amusing shtick, with it coming across as some fine adlibbing from him. There’s also a truly funny visual gag involving a pool, that may well have you chuckle.

It’s oddly a film that comes across as suffering from far too many writers, so it’s surprising that it’s down to one person. It’s a project that Hamburg has just thrown everything at it, in the hopes that something will stick, and very little does.

Hamburg has written in a line it that goes “it’s not about being good, it’s about being great”, which is ironic for a film that can’t even manage being just good.

Hart proves he’s a talented comedy actor, but he needs to be more picky about his material if he wants to have a filmic legacy he can be proud of. And this certainly doesn’t fit the bill.