In space, no one can hear you scream. Which is just as well, as you probably wouldn’t want your sobbing to be heard as you venture into the world of Metroid Dread.

It is the latest addition to the long running, 2D Metroid franchise, and it’s certainly a challenge. 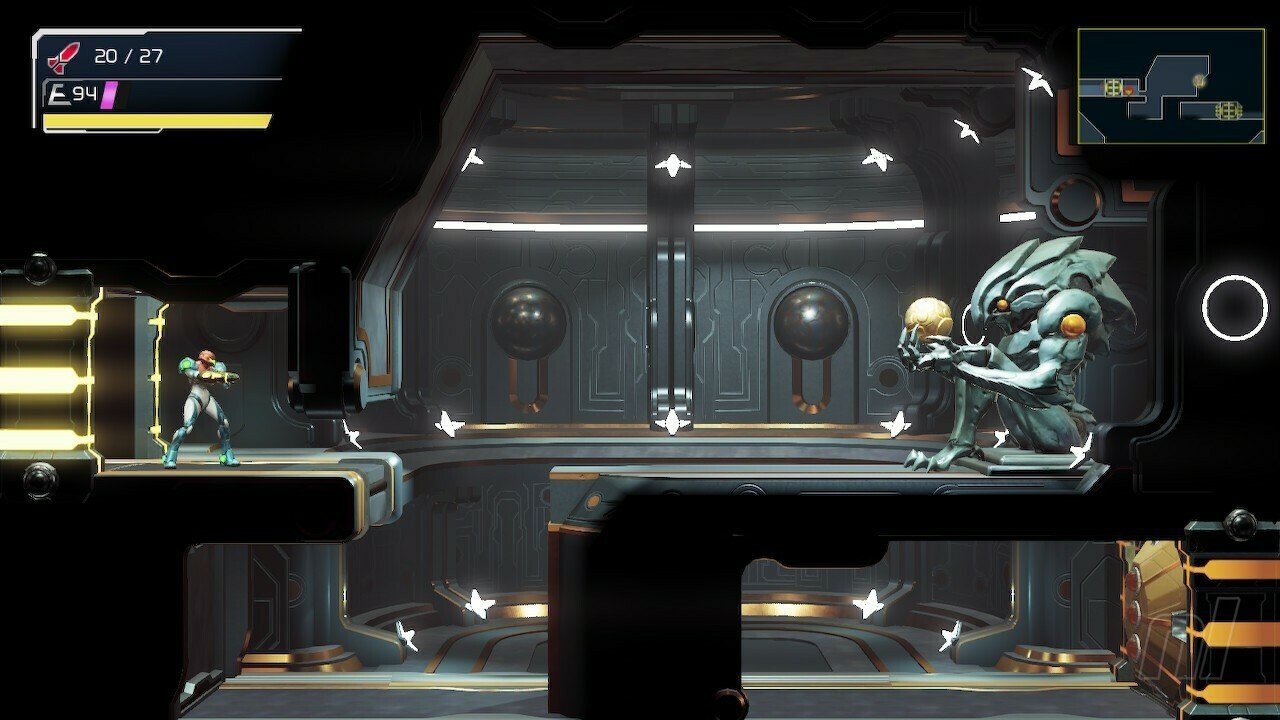 Erm, so can I have my ball back please?

Something strange appears to be happening down on ZDR; the Galactic Federation have evidence that suggests that the deadly parasite known as X, is on the planet having a lovely time. To investigate further they send a number of EMMI (Extraplanetary Multiform Mobile Identifiers) robots to its surface, but comms go down with all of them once they’re there.

So the Federation send the next best thing – Samus Aran. Somehow she is immune to parasites – no doubt her kick-ass suit helps – making her the perfect sacrifice – no – candidate, to snoop around the planet and get the full fat on what’s occurring. 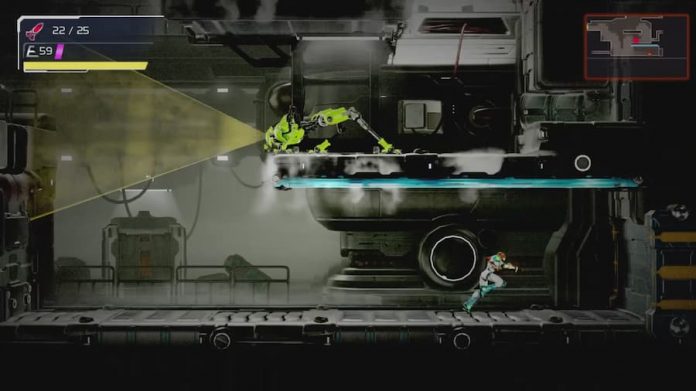 When I signed up for a game of Hide and Seek, I didn't know it was the killer version!!!

So Samus is back, in her traditional 2D form, in this traditional 2D platformer. It’s refreshing to see so much interest in a 2D title, as they rarely command such attention upon release, but Metroid Dread has certainly made itself noticed.

The most important thing that should be stated from the off, is that this is not a pick up and play game; if you are a casual gamer, then chances are this won’t be for you. There’s no doubt it’s a challenging experience, for a number of reasons, so much so that it’s bound to put a number of gamers off.

One of the reasons would be its repetitive nature; it’s a game that ultimately involves a lot of exploration, which is far from linear, with your character continuously covering old ground again and again. At times it can feel like Groundhog Day in Space, where if you’re not careful, you can just find yourself in loop. And this is where the frustration begins.

Of course there’s a huge sense of achievement once you’ve managed to clear a particular part of the map, but getting there can be a slog. A lot of exploration and back tracking are involved to progress in this game, which will not suite the faint of heart.

Certainly one aspect that didn’t help us were the controls; we’re not sure why but we struggled with the simple action of jumping up to platform and hanging off the ledge. It should be the easiest peasiest thing in the world to do, and yet it felt like the most difficult thing in the world to do on many an occasion. Even bouncing off of the walls, which you have to do often, was significantly easier than just popping up to a platform. It could be we’re just losing our edge, which wouldn’t be a total surprise.

There’s no denying the game is dripping with atmosphere; it’s one of those titles where the impressive visuals and suitably moody soundtrack and sound effects work in perfect unison to create a truly immersive experience. And then you have the EMMIs.

When you enter an area where an EMMI resides, you have to be quick on your toes. All you can do initially is run for your life, as the deadly robot hunts you down, and when it does it produces a palpable sense of genuine fear. The outcome, more than likely, will see you captured, which means game over. Thankfully, although you can’t save the game manually, there are plenty of save points littered across the world, so you shouldn’t lose much of your progress.

Metroid Dread is undoubtedly an impressive title, one that adheres to all the traditional elements of the 2D side-scroller, and is the perefct addition to the long-running/gunning franchise. Although commendable, it does mean that those new to the genre may struggle, which is essentially the game’s raison ďêtre, so is something you simply have to deal with, or not.

Running over old ground again and again however, having to explore then re-explore, and then re-re-explore, is just a tad too tedious and frustrating for our taste, but it’s something you just have to accept as part of the mechanic of the genre.

We’re also more familiar with the 3D world of Metroid Prime, so a new instalment of that, whenever that is likely, will be more of big deal for us than this 2D outing.

That said, you have to appreciate the love and work that’s gone into it, and for those fans of the series, not only is this a hugely welcome addition, it’s undoubtedly the best entry in the franchise to date.

As long as you’re aware of the old skool nature of the game, then Metroid Dread is certainly worth exploring, as long as your heart can take it, that is.