The 1990s. They say if you remember them, you were more than likely there. You were probably watching Friends and ER, listening to Moby and Nirvana, playing Tetris on your Game Boy, and thinking life couldn’t possibly get better than this. You wait until you get on the internet, you whisper to your younger self.

And although actor Jonah Hill hadn’t yet hit puberty, this period in history must have made its mark somehow, as he makes his directorial debut with Mid90s, which he also wrote, which unsurprisingly takes place bang in the middle of that particular decade. 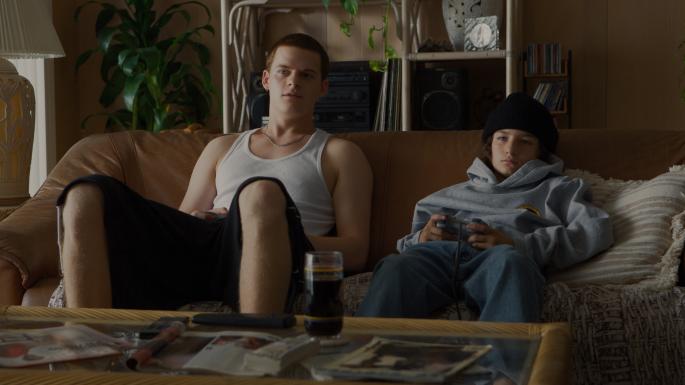 Despite having Teenage Mutant Ninja Turtle bedding, young Stevie is on the cusp of being an adolescent. But with no father figure in his life, he turns to his older brother, seeking necessary guidance on how to go about this transitionary period. Unfortunately for him, Ian is not only a complete dick as an older brother, but is also a violent one.

It’s no wonder then that Stevie looks elsewhere. He latches on to a group of skateboarders, who hang out in and around a skateboarding shop. In his eye, they are the coolest, so is over the moon when they take him under their protective wing and let him hang out with them.

During this time, they open his eyes to the bigger picture, which includes drinks, drugs and girls, as he ollies his way deeper into teenagehood. 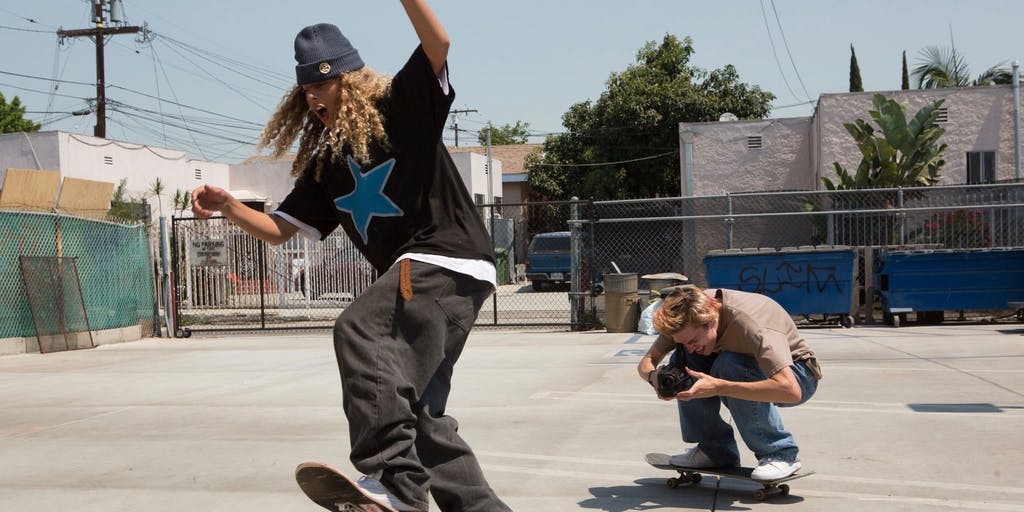 Oh no, I feel like i'm losing control, what could possibly go wrong?!!!

Despite his highly successful career in mainstream Hollywood, that has even been recognised with two Oscar nominations, Hill’s first time out behind the camera is more of a homage to indie cinema. More specifically Larry Clark’s 1995 Kids and Richard Linklater’s 1990 Slacker; with these two heavy influences, Hill infuses cinematic mid90s notes into his creation.

In doing so, the film is very unHollywood. The most obvious is his refusal to shoot in widescreen, choosing instead the more retro 4:3 aspect ratio. This means you view it as a square image, with black bands either side to fill in the gaps. An artistic judgement or purely a pretentious rookie mistake, you decide.

The script is suitably lo-fi too. Hill doesn’t appear to go overboard throwing large amounts of dialogue around. Or maybe he does, but it feels quite organic, as if actors were given a certain amount of free rein to ad lib.

As a coming-of-age story, it follows a natural progression. However, there’s an overwhelming sensation of contrivance about the whole thing. Everything from the ‘raw’ acting style of the young cast, to the predictable shot selections. It just feels as if Hill is trying far too hard to produce a lo-fi film.

We get it Jonah; you wanted something both edgy and cool to mark your debut with. But here’s the thing, even if you have all the right ingredients at your disposal, if you follow the recipe religiously by the book, there’s no sense of your own personality stamped on what you've made.

It’s not that it can’t be done, to make your mark with your debut, but even Hill would have to agree that this is no Citizen Kane.

Still, there’s no denying it’s a brave attempt, and will no doubt boost the learning curve for this still young director, as he makes his own transition from in front of the camera to behind it.