There’s a saying that goes if a good idea’s worth doing, it’s worth ripping it off and doing it again. And that’s exactly what the producers of this feel good flick have done.

In 2011, choir master Gareth Malone set about the third series of the hit BBC show The Choir. To make this one unique, it focused on the wives of members of the military service, whose partners were deployed to Afghanistan, who he whipped into shape from nothing, to perform together as a choir at a prestigious military festival in London.

This film steals the main premise of the show, and kicks Malone to the kerb in favour of Kristen Scott Thomas and Sharon Horgan. Which is fair enough. 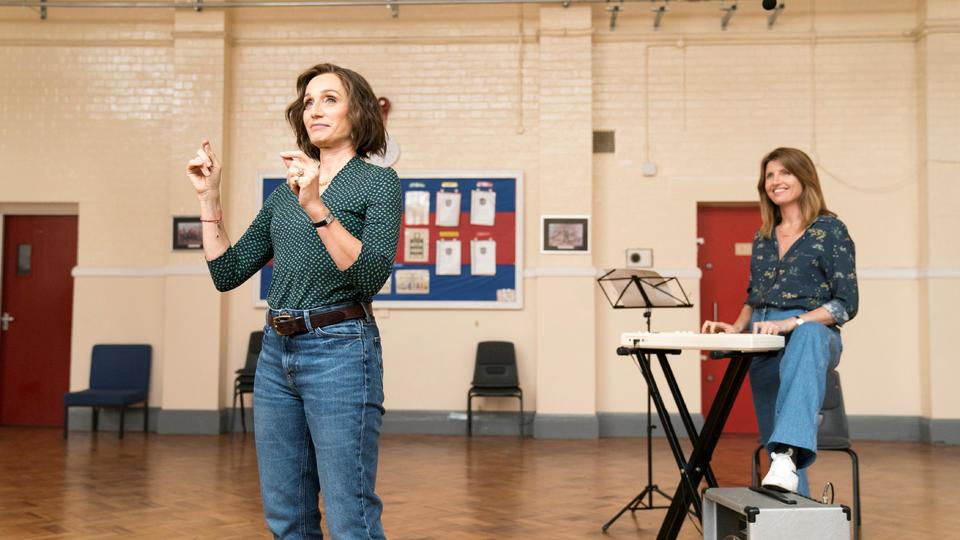 Preparing to leave for another tour of duty, this time in Afghanistan, are the soldiers of Flitcroft Army base. Left behind are their wives, who must find ways of occupying themselves so as to not dwell on the ugliness of war.

After having to recently deal with tragic news of her own, regarding her son, is Kate (Thomas). Married to a colonel as she is, she more than anyone, has to be seen with the proverbial stiff upper lip. So she decides that she will throw herself into help organising events for the women left behind.

Initially this doesn’t go down to well, as her idea of fun doesn’t quite tally with the rest of the group. This causes her to butt heads with the group’s unofficial leader Lisa (Horgan), who up until this point, was used to just organising a heavy drinks session.

But they finally find common ground, of sorts, and decide to organise a ‘singing club’, but are completely unaware of the journey they have begun together. 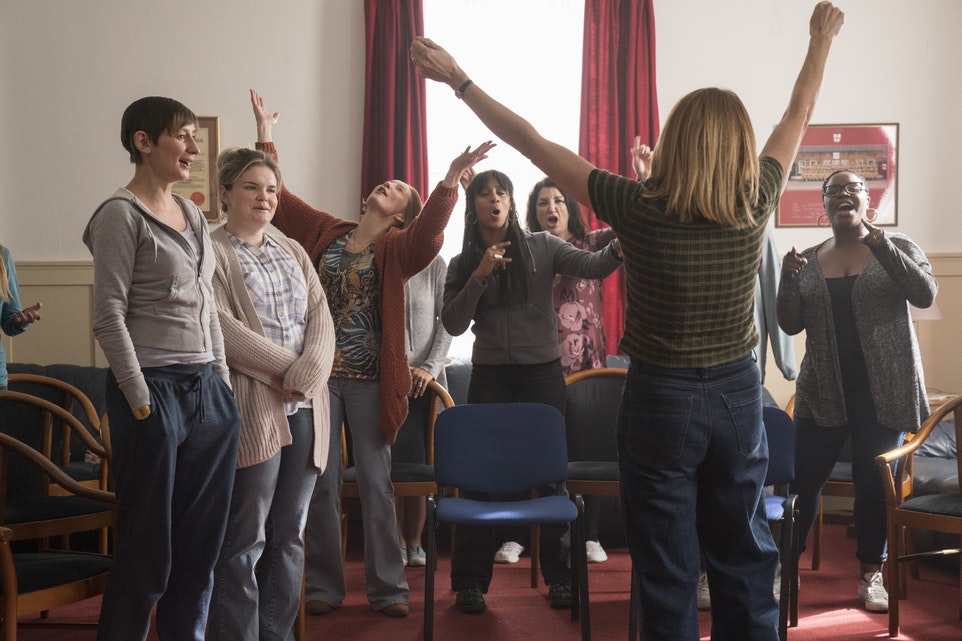 That's right everyone, let's praise our lord and saviour Kanye.

If there’s one man who knows his way around a feel good film, with music involved, its British director Peter Cattaneo. His biggest film to date is 1997’s monster hit The Full Monty, which was about a group of untrained performers, putting on a show. So as well as ripping off the Choir, he’s also managed to rip-off a previous film of his own, which is quite a feat.

With the film following such a rigid blueprint, it doesn’t allow for many surprises. It follows a well-trodden path, one all too familiar to audiences. It’s kind of ironic that its narrative ignores what really happened, with it all taking place on a TV show, culminating with the group achieving the honour of Christmas number one in the UK, for a less flashy ending. It’s not often that a film will be less exciting than actual events, but there you have it.

That said, it may well be a formulaic feel good film, but what it does, it does well. Thomas is a shoe-in for a repressed middle-classed Army officer’s wife, whose icy interior slowly melts over time. It’s a good role for Horgan too, who doesn’t shine as much as she could have if she had something to do with the script as well. There’s no doubt it would have been a better experience if she was also roped into writing duties, but alas it wasn’t to be.

It’s also helped by the fact that there isn’t a great focus on the whole singing element, with only snippets of songs mainly sung throughout, so that’s a bonus.

The film does hit a few bum notes here and there, but does tick all the boxes as far as what constitutes a feel good film, so in that sense, it’s on song all the way.

***Fancy winning a copy of this title? Then enter our competition! For your chance to win a copy on DVD, Click here to enter.***