For many large companies, profit is all they care about, whatever the cost. And unbelievably, that cost can be human life.

There’s even a term for it – industrial pollution – where companies just dump their toxic waste into areas that humans have access to, like a water source.

Thankfully cinema is keen to highlight these heinous crimes, with one of the most recent examples being 2019’s Dark Waters, directed by Todd Haynes and starring Mark Ruffalo as a lawyer exposing a chemical company dumping their waste over several years.

Artist Andrew Levitas, who paints, sculpts, acts, as well as being a photographer and restaurateur, gets behind the camera to direct for only a second time, with this film about the despicable events that took place in Minamata, Japan. 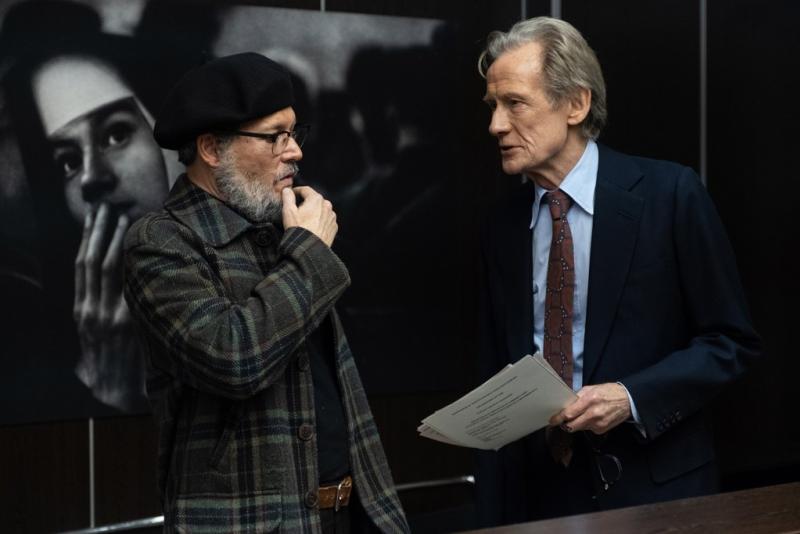 To be honest Johnny, I prefer to do voiceover work these days as the pay is exquisite.

Having spent years working as a war photographer, W. Eugene Smith (Johnny Depp) feels that his best work is behind him, as he considers a retrospective show of his work. But when he gets approached by Aileen (Minami), a passionate Japanese translator who highlights the atrocities that have been happening to the people of Minamata due to the industrial company there, he feels compelled to follow the story.

He contacts his friend Robert Hayes (Bill Nighy), who works for Life magazine, a publication that has regularly printed his work over the years, and tells him of his plans. And although interested, Robert is fully aware that Gene cannot be completely trusted when it comes to his professionalism, but decides it’s worth the risk.

Gene, accompanied by Aileen, soon finds himself in the small, coastal town of Minamata, and it’s not long before he is confronted with many of the young population suffering terrible deformities, due to the mercury waste being dumped in the sea by the company based there.

Although keen to get to the truth, Gene has cultural differences to overcome; obviously the company aren’t keen for a world-renowned photographer to be on their doorstep, but also the families who are suffering consider it a shaming to have their children photographed.

On top of all this, Gene is also facing his own demons, mostly that of drink, which only adds to the difficulty level that this particular assignment is proving to be. 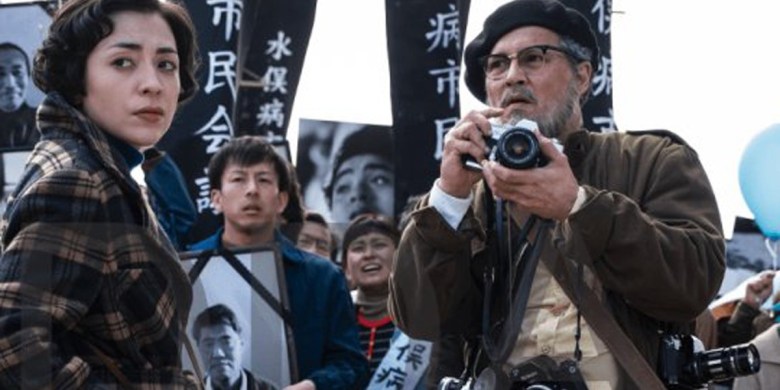 Turning the tables on the paparazzi seemed like a good idea, until they came out in force...

Despite these events taking place in the early seventies, it’s safe to say that what happened in Minamata isn’t that widely known. Thankfully this film will no doubt help, based as it is on the book of the same name by Gene and Aileen.

And with all films of this ilk, the facts are nothing short of shocking. Perhaps what is more so, is the fact that this happened in the seventies and yet industrial pollution continues to this day.

As we know, Depp has the canny ability to add almost a fourth dimension to his characters, but he manages to rein his performance in here, rather sensibly. His version of Gene is still on the colourful side, which is somewhat needed considering the onslaught of politeness from the people of Minamata.

The relation between himself and Aileen is particularly touching however; Minami’s performance is certainly grounded, but her interaction with the force of nature that is Gene, is sublime, having a look, that Levitas captures perfectly, to put Gene, and no doubt Depp himself in his place.

Levitas also does well in recreating the seventies, particularly in Japan, with everything looking remarkably authentic.

Perhaps the one area where he stumbles somewhat, is in the visual look of the film, which is a surprise considering he’s an artist himself. Although we’re told that Gene is a talented photographer, there’s not much evidence of it throughout. Even the shots taken in Minamata – the last he took professionally – aren’t presented to the audience. Certainly if his work helped highlight to the world what took place in Minamata, then seeing those shots would have certainly been a powerful tool.

Although it’s tragic that films like this have to exist at all, we should be thankful at least that they do, to hold these companies and their heinous crimes to humanity to account.