In 1993, Die Hard director John McTiernan decided to make a fun action flick with his Predator star Arnold Swarzennegger, called Last Action Hero. It was a lame duck, and sadly continued the director’s slide into obscurity.

Its title however, could be seen in a prophetic capacity, to be describing the star of this latest MI outing. Ladies and gents, presenting Tom Cruise, quite possibly, the last action hero. 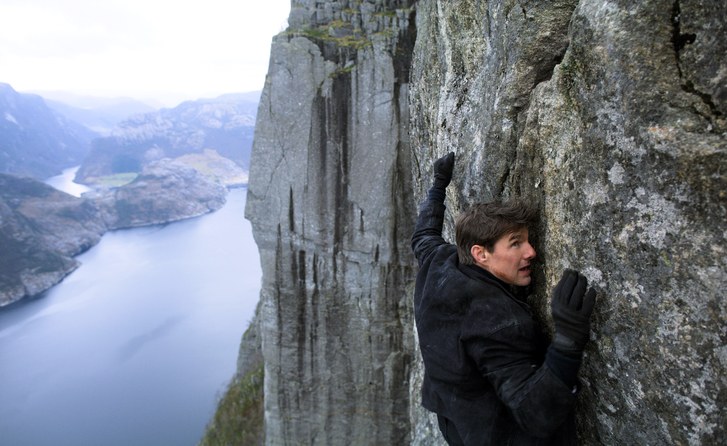 Sometimes I wish it was easier to pop out for a pint of milk.

It’s another day at the office for agent Ethan Hunt (Cruise), in that the world is facing another crisis. It’s a dangerous mission which, surprise surprise, he chooses to accept, which is just as well as no one else is qualified to get the world out of this particular destructive pickle.

There are bombs to be found, nuclear (obvs), and Hunt and his team Benji (Simon Pegg) and Luther (Ving Rhames), have to track them down. It leads them to Paris, where they encounter a mysterious broker, going by the moniker the White Widow (Vanessa Kirby).

She has a proposition though, in exchange for the nukes, her clients want Hunt to release an old adversary of his. World peace comes at a heavy price, it seems. He has help though, some he can use, in the shape of Ilsa (Rebecca Ferguson), and some he can do without in the form of the meddling CIA and agent Walker (Henry Cavill).

But with the clock a-ticking, Hunt and the IMF (Impossible Mission Force) are truly up against it if they’re to save the day. 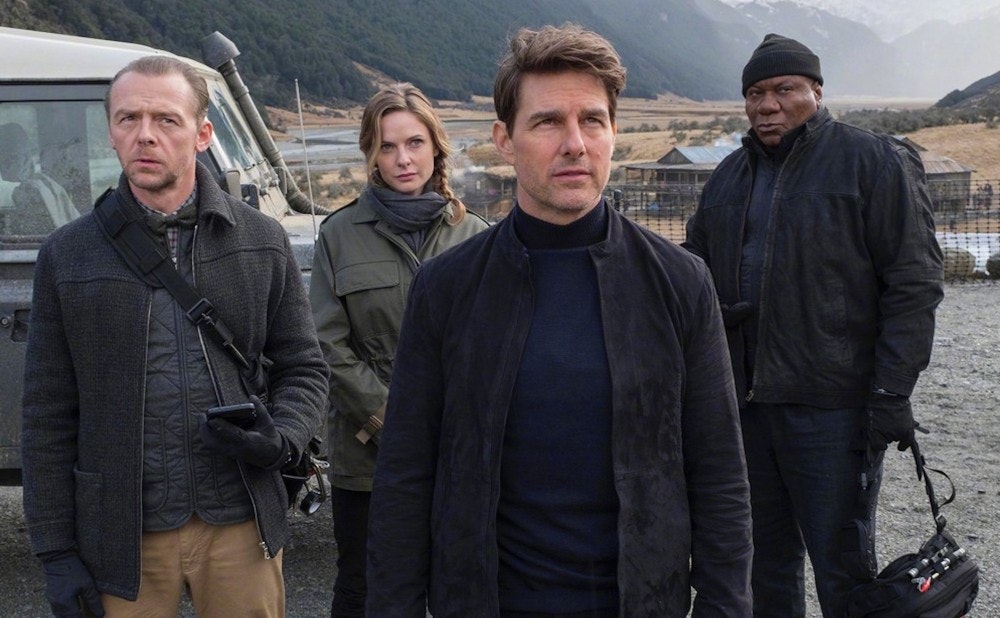 OK, this is bad. We all know what he's thinking, right?!

You would think, with not only this being the sixth instalment in the franchise, but with Cruise now being in his mid fifties, that both would start to slow down a tad. But that’s not Cruise’s style. Once again he pushes himself physically to the limits with some extraordinary stunt work. No one is doing the kind of jaw-dropping action sequences that Cruise does; many actors, quite rightly, rely on the services of dedicated stunt peeps, but also, with CGI, stunts can be literally created on screen, allowing for only one physical injury to take place, that being the programmer suffering from RSI from inputting so much data on the keyboard.

Cruise then, is deliciously old school. If anyone is going to jump off of a tall building, it’s him. And if he just so happens to break an ankle doing so, as he did during the filming of this effort, then so be it. And of course he carried on the shot, all of which made the final cut.

And yet, Cruise still believes he’s in safe hands with director Christopher McQuarrie, as this marks their third film together (Jack Reacher, Mission Impossible: Rogue Nation). It’s a great relationship as McQuarrie not only lets his leading man do outrageous stunts, but also knows how to keep the pace nippy and shoot memorable action sequences.

Not only that, McQuarrie wrote the screenplay too, which is suitably taut and pleasingly twisty turny, meaning there’s never a dull moment.

With so many filmmakers relying so heavily on technology, it may well be that Cruise truly is the last action hero, and for that he should be applauded.

Cruise once again proves, through talent, guts and sheer determination, that when it comes to nail-biting action and big screen entertainment, nothing is impossible.