Call me Ishmael. These three words are the beginning of one of the most celebrated novels of all time, written by American novelist Herman Melville, which was published in 1851.

It’s no surprise then that Hollywood has been drawn to this classic, watery material on a regular basis, with this 1956 version directed by John Huston, still considered the definitive version. 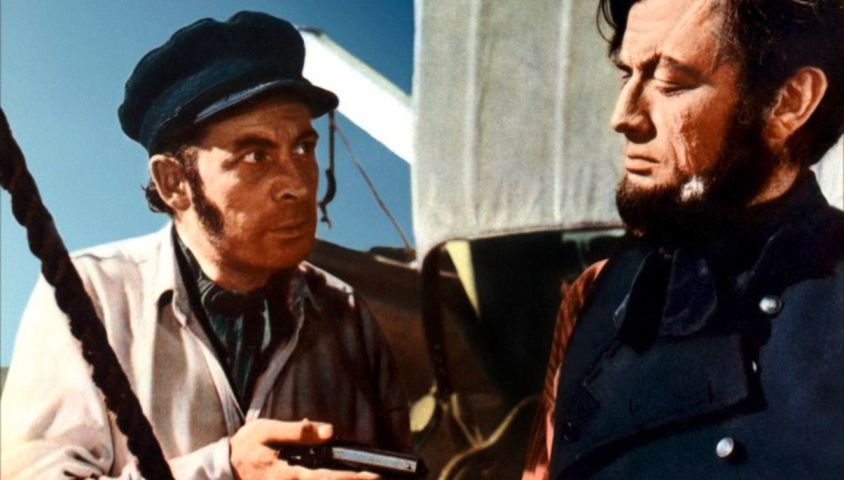 But captain, it's the latest iPhone with maps and compass built in!

Arriving in New Bedford, New England, looking for adventure is traveller Ishmael (Richard Basehart). He wants to get work on a ship, hunting whales, and finds exactly what he’s looking for aboard the Pequod. So along with new companion Queequeg (Fredrich von Ledebur), the pair join the crew of a certain Captain Ahab (Gregory Peck), who has had a run in with a particular white whale, with their last encounter resulting in Ahab's leg in its mouth.

Now the crew find themselves very much all at sea, in search of elusive whales. Little do they know that Ahab is out to be reunited with an old acquaintance so he can exact some revenge. 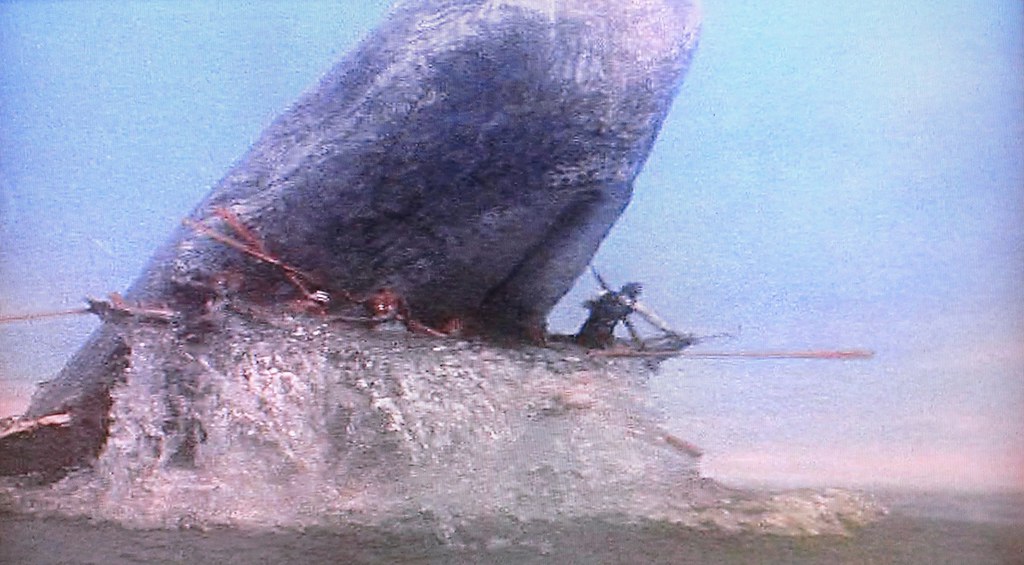 Who said snacks between meals were bad?!

Having already directed the likes of The Maltese Falcon, The Treasure of the Sierra Madre and The African Queen, Huston was in his directorial stride when he took on this project. And he needed to be; shot outside of Hollywood, in Ireland and Wales, the fact that the majority of the film took place on water certainly made things interesting. It was then made even more so with the introduction of models for his (aquatic) star.

Although many thought that Peck’s casting as Ahab wasn’t ideal – even Peck himself thought that Huston would have been better suited to the role – Huston got Peck to deliver a strong performance of a troubled soul. Peck’s Ahab is like a template for Brando’s Colonel Kurtz; both men are obsessed by their demons, and also have men willing to go to any lengths to follow them into the very heart of darkness.

It was an opportunity for Basehart to shine, but up against the likes of Peck and von Ledebur - as well as a monologue from none other than Orson Welles - his role as Ishmael ended up much like the rest of his career, a little washed up. Trivia fans will be delighted to learn however, that possibly his biggest claim to fame came from narrating the opening titles to eighties TV show Knight Rider.

Huston manages to both stick to the rhythm of the book, as well as produce some truly breathtaking set pieces on the ocean waves, that still manage to impress to this day.

This fully-restored version has never looked fresher and includes a few insightful extras; one is of what it took to restore the print, and the other is a fascinating interview with Brit Angela Allen, who was actually Huston’s Script Supervisor for the film in her twenties.

It may be overlooked as a true Hollywood classic, but Huston provided not only an authentic adaptation examining the relationship between man and beast, but also an impressive adventure on the high seas.