Starring in what would become the highest grossing romantic comedy of the last ten years, in your debut acting feature no less, is quite the achievement.

And that’s exactly what Henry Golding did when he appeared in 2018’s Crazy Rich Asians, a film so successful, costing a mere $30 million, making over $200 million back in profit. Not bad for someone who, before its triumph at the box office, was co-presenting The Travel Show for the BBC.

That gig has possibly served the young actor well here, as he stars in this independent drama set entirely in Vietnam. 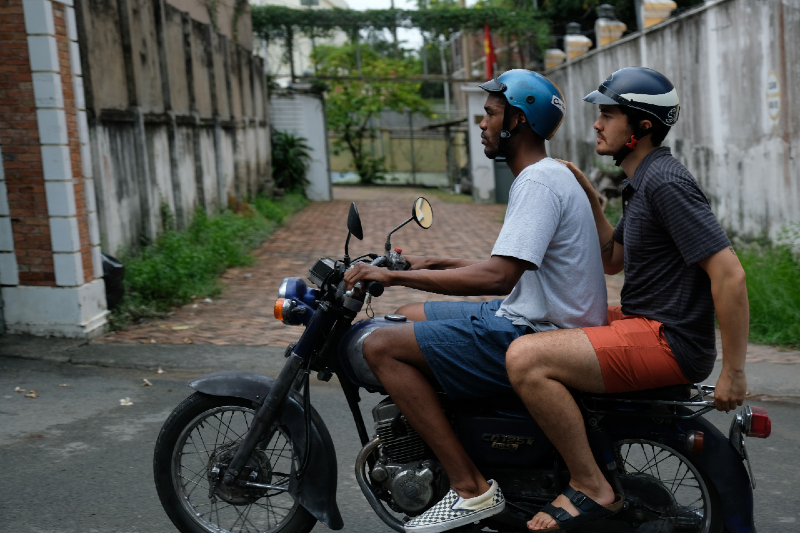 After a long flight from the UK, Kit (Golding) finally sets foot in Vietnam. Although he feels like a tourist, it’s actually a sort of homecoming, as he was forced to leave the country at a young age with his family due to political tensions, thirty years ago.

Now he’s back, with the ashes of his dead mother, so that he can lay her to rest in the country they both called home.

But thirty years is a long time, and Saigon is representative of the vast change the country has gone through as a whole during that period, making it unrecognisable to him.

Kit is certainly taken in by how different everything is, but it does make him question the relationship he and his family now have with the country it has become. 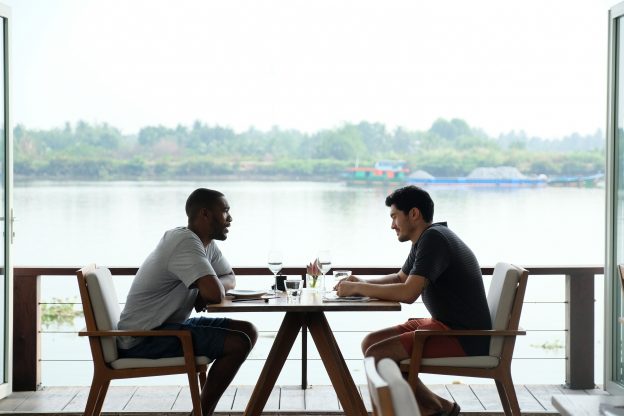 I've heard this is the first five star Burger King in the world.

Having starred in such an incredible global success, as well as working with the likes of Paul Feig (twice) and Guy Ritchie since then, this quiet, unassuming film is certainly a change in pace for the actor.

Cambodian director Hong Khaou’s film is part family drama and part travelogue as Kit explores the city. Khaou sets the scene pre titles, with a simple overhead shot of a busy intersection in Saigon, where an incredible amount of scooters buzz around the screen like bees keen on impressing the queen. It’s sublimely simple, and yet utterly hypnotising as you get drawn into the chaotic imagery.

It’s a technique that Khaou masters throughout, as he captures the chaos of city life through the stillness and sorrow of his protagonist, resulting in it being quite the haunting spectacle.

Golding is suitably reserved, as he deals with a number of emotional issues on his journey, including his relationship with American Lewis (Parker Sawyers). It’s certainly a lo-fi performance, but one wholly in keeping with the slower rhythm of the rest of the film.

Golding himself possibly benefitted from the gentle pace, as his next project is a spin-off of the G.I Joe franchise, starring as the titular Snake Eyes, which will no doubt be as subtle as a fart at a funeral, but will no doubt get more bums on seats than this.

Khaou’s film is directed with elegance and poetry, as it captures the hustle and bustle of a country ready to embrace the future, as witnessed from the perspective of a former citizen, who now feels very much the outsider.

It’s ending feels a tad disappointing, but overall Monsoon beautifully renders the kinetic pace of city life with a calm and serene vision, that makes it highly worthwhile.