It comes as no surprise to learn what a devastating impact Covid-19 has had on the global economy, and that of course includes the games industry.

Studios have had to learn how to work differently, including remotely, in an attempt to keep working on their games.

That said, Capcom have done incredibly well this year, with the release of both Resident Village and Monster Hunter Rise, that despite being released under difficult circumstances, have been received extremely well both critically and commercially.

And they only went and made it a hat-trick with the release of this title, a sequel to the 2016 game. 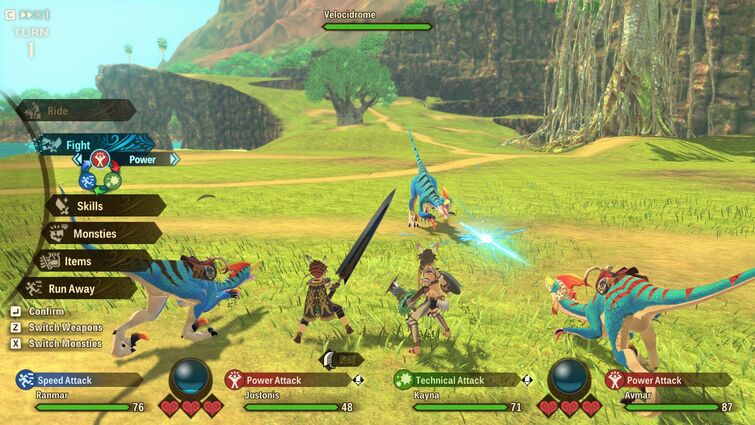 I mean, this isn't exactly going to be a fair fight, but what the heck!

Everything is not right with the world; there is a disturbance that has unsettled many of the usually docile monsters, that is making them dangerously aggressive.

As a Rider, you sense it too. And with your training behind you, you’re keen to set out on a journey to discover the reason behind this darkness, and battle anything that gets in your way from discovering the truth.

With your feline companion Navirou, as well as some help you find along the way, you mount your monster and begin your odyssey across the land in search of answers.

Although this is a sequel, it’s also a standalone title, so you don’t need to have played the first game to enjoy this one. And enjoy it you should.

The main distinction between this game and Monster Hunter Rise is a simple one, as the focus here isn’t to kill monsters, but to tame them. That doesn’t mean you don’t get into tough battles kicking monster butt however, far from it.

Much has been made of the fighting system, which is quite unique; instead of relying just on stats to get you through, there’s a paper, rock, scissors mechanic that adds quite a bit of jeopardy. It’s simple enough; you have three types of attacks, as does your enemy, so if you attempt an attack that is rock-like, and the monster uses one that is paper-like, then the monster has the upper hand in that round. It doesn’t have to be that random, as often the monsters you’re fighting have their tells, but it does have an element of luck about it.

There is a repetitive nature that eventually creeps into the battle system, but that’s essentially a criticism that could be aimed at most RPG’s, but it’s not too disruptive to the overall enjoyment of the game. 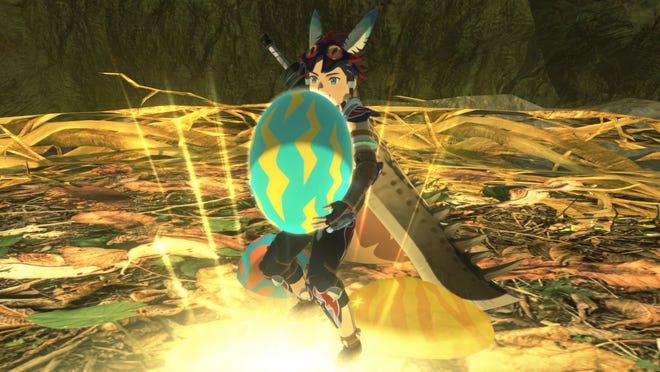 In your face creme eggs!!!

The world you get to explore is certainly an attractive one. It’s ultra colourful with a kind of cartoon filter, that makes it fun to explore. That cartoon feeling is extended by the many cut scenes, which bring those characters around you to life. These are done especially well, as they don’t just help develop the story, but allow some of those around you to shine, such as your cat companion Navirou, who is extremely entertaining. Which is just as well as the character you play is mute throughout.

As well as taming beasts, the game will have you obsessing over eggs. Although you don’t want to see harm come to the monsters, you’re more than happy to sneak into their dens, rummage through their nests and steal one of their precious eggs. You then take these eggs, allowing them to hatch so you can train them to be your dragon bitches. So you’re not quite the humanitarian you make yourself out to be.

This is where the game gets Pokémon-esque; there are many different types of monsters to raise, each with their own set of skills and powers. Once you put them in your party and take them out for battles, your entire party will benefit from victories, which helps the levelling up process. And obviously the stronger your monsters are, the more likely you are to succeed in battle.

There are of course some monsters better for battling certain monsters too, a la Pokémon, with your elements- inspired monsters etc, so if you’re taking on a fire beastie for instance, an ice monster on your team could be pretty useful.

Having not really been exposed to much of the Monster Hunter world previously, we found this game highly entertaining. But there is a bit of an elephant-shaped monster in the room, for Switch owners at least. The system really struggles running this game anywhere near how it should be played; there are frame rate issues, and some woeful control issues; we used our Pro controller to review, and there are times when just pushing your character forward was woefully sluggish, to the point where the joystick was pushed all the way forward and the character wasn’t even moving. This isn’t particularly useful when you have the ability in the game to sneak around monsters you don’t really want to get into a spat with, and you suddenly find yourself frozen to the spot right next to them. And yes, we checked if it was an issue with a controller, which worked perfectly with other titles.

Of course this title is only one of many recent releases that are being held back by what is now dated technology; if only there was a revised version of the system, a pro version if you will, that could handle the demands of these newer games...

It doesn’t make the game unplayable, but if you have the choice between playing it on a Switch or PC, then you should definitely choose the later.

Monster Hunter Stories 2 is utterly engaging, with a number of curious characters to interact with, in a colourful world rich for exploring. It’s possible that a little repetition in terms of tasks and battles may well creep in, but the story is so compelling and well told that it shouldn’t be too much of an obstacle.

If you like your monsters on the hefty side that could no way fit in your pocket, then this may well be the perfect RPG for you.