When someone within your family gets seriously ill, so ill in fact that they need full-time care, it’s often left to a member of the family if resources are scarce to hire a professional.

Making her full-length feature is Greek director Jacqueline Lentzou, with this tale of a young woman returning to her family due the head of it becoming seriously ill. 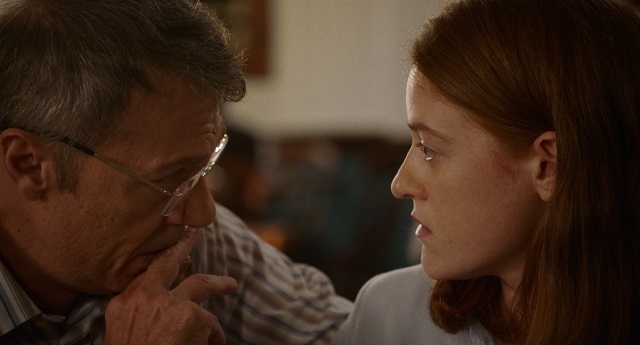 Just to let you know, it's going to come out of two holes at once.

Finding herself on a plane returning to the family home is Artemis (Sofia Kokkali). Her father Paris (Lazaros Georgakopoulos) is suffering from Multiple Sclerosis, with his body now in an incredibly frail state.

Artemis finds herself leaving her new life of independence behind, and looking after a man who she has never really connected with. It’s hard work, especially for someone so young, and although there’s little sign of it initially, looking after her father ends up being a surprisingly rewarding experience. 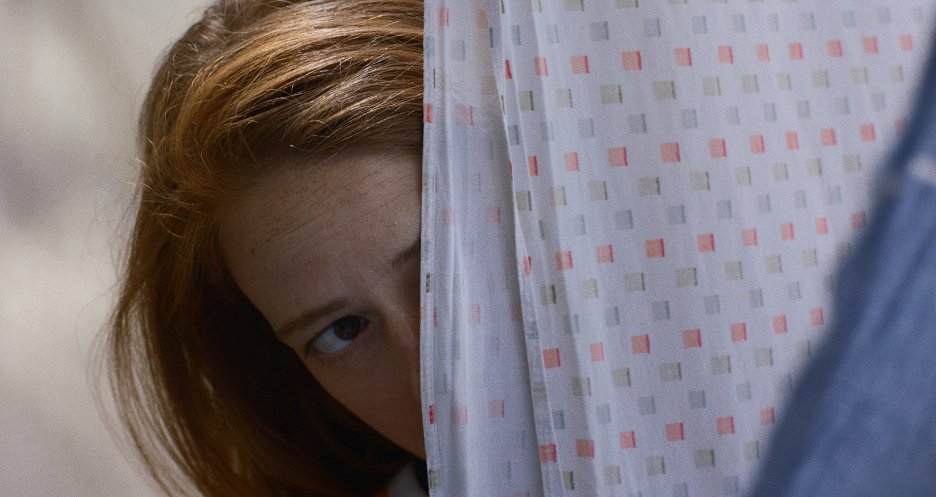 I'm not taking in next door's delivery - never again!

Lentzou includes a sub title for her first film, stating that it’s about love, movement and flow – or lack of it, and she’s not wrong. There’s the physical side, naturally, with her father struggling with the ability to walk and use his hands, but that statement is also true of the emotional side. There has never been a strong father daughter bond between them, so Artemis feels more like a carer for hire than a close relation.

It’s curious how she has taken on the burden solely, as she’s shown to have a fairly big family, including a mother, with none of them seemingly keen to chip in and help her out. On top of that, Artemis never questions this either, just accepting that this is what she has to do. This may well be a cultural thing, but it merited further examination on the screen.

The director is also a tad too self indulgent for her own good in places; the film’s running time of nearly one hour and fifty minutes is an indication of that, with the film coming across as stagnant here and there.

There are also some home shot footage included that also doesn’t feel that necessary, but as it’s her first feature she can be forgiven for getting a little excitable with it.

Ignoring some of the pretentious elements – call it first film syndrome – it’s a film about re-connecting, however unexpectedly, with someone you had already chosen to move apart from.

Georgakopoulos is truly impressive as Paris; taking on the physicalities of someone with MS could not have been an easy task, and yet he manages to make you wince with every movement he makes, as if he had attended the Daniel Day-Lewis My Left Foot School of Physical Acting, and passed with an A.

It would have been interesting to see more conflict within Artemis; she has left a new life behind, giving up on everything, to take care of someone she doesn’t care for much. You would surely kick back in anger at having to do so, which she does in her own way – by playing ping pong and driving her dad’s car – but there was an opportunity to dig that little bit deeper.

It’s surprisingly unsentimental in its journey, which makes its finale all the more powerful. It’s the kind of ending that just, out of nowhere, builds up in the back of your throat, as you bravely fight back the tears.

A confident directorial debut, with strong, powerful performances from its leads, that proves that caring for an ailing loved one can be really hard work.